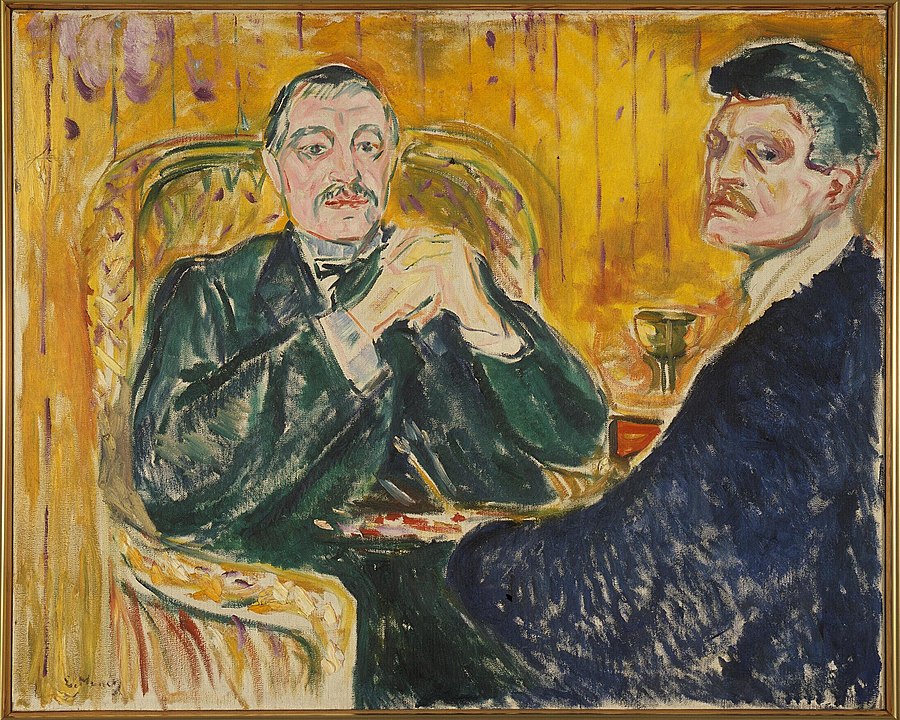 The Russian novelist Fyodor Dostoevsky turns 200 on November 11th. Many have called him the greatest novelist of all times and he is widely read. But, it seems that the path one has to walk to read Dostoevsky is getting longer and longer with time. It may have to do with the fact that the world one meets in Dostoevsky—with its Russian pre-revolutionary class society—seems increasingly outdated. When we read Jane Austen for instance, the English master novelist, everything takes place within the landed gentry, and though there are many conventions and conventional attitudes, the codes are easily deduced. Instead, in Dostoevsky, everything takes place across different classes, and the attitudes of people towards one another appears both strange and driven by forces not always known to us.

However, one noticeable feature in Dostoevsky’s work is the physical fact that it seems to take ages before the novel proper begins. It seems that one has to read through anywhere between 35 and 110 pages before the story actually lifts off. Even when I first began to read Dostoevsky—probably in high school as most other people—it felt as though I was fighting, getting into these masses of words, while existential questions would pile up vis-a-vis wildly chaotic scenes, long dialogues, and expositions about seemingly secondary questions.

At one point, when one attempts to climb such a steep hill, it feels as though we become so mature a reader that we turn the problem around and ask ourselves what it is exactly that we do not understand and renders the hill so hard to climb. How did all those before me do it?
‍

Dostoevsky has written around 16 novels and novellas from "Poor Folk,” a novel in letters (1846), to “The Brothers Karamazov” (1880). His main works, apart from a couple of novellas, are the novels “The Possessed” (1872), “Crime and Punishment” (1866) and the Karamazov-novel. “The Idiot” (1869) can be counted among those as well, though thematically different from the three.

I have read Dostoevsky’s main works several times over the years and each time I am stunned, if not a little awestruck by the layers of human insight, perspective on society and existence that I had not noticed the previous time.

On one of those occasions that I've just described—probably some 10 years ago—I realized that there was a key to interpretation that hadn't been in my possession all this time. It related to one of those layers of social convention that was so foreign to me, as somebody born in the post war modernity of the 1960s and came of age in the postmodern emotional deserts of the 1980s: Dostoevsky’s lengthiest novels all evolve around a failed father figure. I didn’t even really know one was supposed to have one, then. Everything was all too secularized for that.

To be frank, in our market ridden society, the elderly father today belongs more to the class of used goods than to that of patriarchal dignity, and the younger father figure is to a much larger extent part of a collective decision-making process than in Dostoevsky’s time the sole judicial and consequently moral authority on his family.

When one realizes that is a failed, or absent, holder of absolute authority around which the main novels evolves, one gets a key to understanding communication across classes, as well as why it takes so long to get to the story. The author is working on showing the scope and consequences of the failings of the characters before he gets to the chaos it has created. Dostoevsky opens the books with these stories.

“The Possessed” seems to be centered around Dostoevsky’s most famous character, Stavrogin. The young man, in his twenties, is the heir to an estate currently run by his widowed mother. He's also a role model for the leader of a political group, in which a murder takes place. The problem is why it takes the author the better part of 70 pages to get to the murder story and the drama between the two men.

The answer is that the biography that takes up the long-drawn opening of the novel is of the person acting as a substitute for the missing father figure at the estate. He has been the home-schooling teacher of Stavrogin and his own son, the wanna-be leader of the group that commits the political murder. By ridiculing the teachers grossly egotistical focus on his own imagined merits as an intellectual, Dostoevsky uses this figure to show the readers the moral state of affairs.

When Stavrogin commits suicide, right at the end, it is as if the floor lifts itself and everything in the novel is swallowed up by the earth. There was no center all along, and nothing to hold onto—anywhere.

“The Brothers Karamazov” has a thoroughly rotten character in the middle of everything, namely the father of the brothers. There is no doubt, in the reader’s mind, that the father is a dysfunctional person spreading malice, pain and physical suppression, as well as mental depression wherever he roams. Dostoevsky uses this portrait of a father figure to characterize a wide range of human, ethical, and existential conundrums. The novel opens with a long portrait of the father, in his early days, that can be quite a stumble block to new readers.

“Crime and punishment” does not have such a long opening, but even this novel evolves around a missing father figure and a failing heir to the role. It is a crime novel in the very formal sense. We meet a desperate young student, Raskolnikov, who is desperate, ill, poor, and out of work.

Yet, true to Dostoevsky’s priorities in life and art, Raskolnikov’s interest in philosophical problems has not waned. Throughout the novel, no matter how ill he himself fares, he also remains surprisingly filled with empathy towards other people’s sufferings and needs. A thoughtful, emphatic young man with no energy or willpower.

Already in the opening we learn about his intentions to kill a woman, because of the interest in an ethical problem: Do you make the world better or worse by removing people from that are decidedly evil and make it evidently worse?

We soon meet the policeman, one of the early detectives in the history of the crime novel—it had hardly materialized as a genre then, with only a few stories like Edgar Allen Poes “The Murder in Rue Morgue” (1841) to its name. The novel proceeds partly through the work of the police, until it is clear that Rashkolnikov will be caught. He proceeds to confess.

The essence of the multi-layered novel is the story of how Raskolnikov—through the selfless intervention of a young prostitute, Sonya—becomes a new person, a human being, by way of his psychological and spiritual healing in an open prison camp in Siberia.

None of this would have taken place if the basic problem around the father figure had not materialized, as the dynamics behind all elements in the story. There rests a moral and practical pressure on Raskolnikov, from his mother who is a widow as well from his sister who has no dowry and therefore cannot be expected to find decent husband, to take up the vacant role of the father in the family and to secure a means of achieving a decent life for all. He cannot stand the pressure. Via Dostoevsky’s philosophical and psychological insights—and a good deal of humor—we meet some mirrored father figures throughout the novel.

There is Marmeladov, Sonya's father, a doomed alcoholic with no job, Svidrigaylov who has tried to get Raskolnikov’s sister to do him sexual favors and is exposed by Raskolnikov as a pedophile before he commits suicide. Even the shrewd policeman can be seen as—at least in part—a father figure, by the way he works to hold things together in his search for righteousness, decency and understanding.

Through the establishment of this perspective, the novels become organic unities. Slowly but surely, one realizes that there is not a word over the many hundreds of pages that ought not to sit exactly where it does. Dostoevsky is probably not trying to further a patriarchal structure, he is trying to show us what happens to our surroundings when we do not fulfil our (established) roles in life. He fastens his scrutinizing gaze on the role, illustrating that the cost is the highest when one fails.