Turning the other cheek
|
Jakob Brønnum 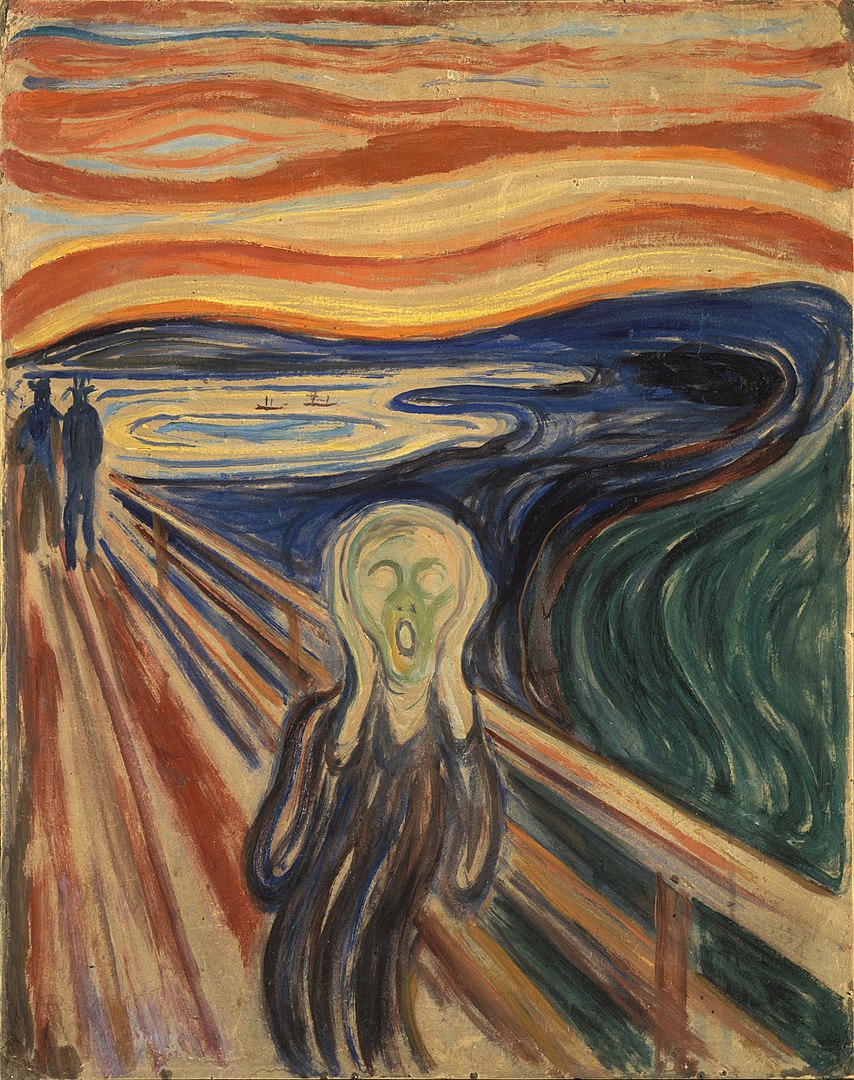 One of the most spectacular features of Dostoevsky’s novel “The Brothers Karamazov” is its chains of course and effect. The novel is so wide in scope and depth, and so well constructed in detail that the author successfully shows the reader how evil actually moves around in society from incident to incident, from person to person, from high to low.

Surely, psychological events can never be transformed into signs on a map. Yet, accepting that “The Brothers Karamazov,” as well as a whodunnit and a family drama, are depictions of the whole of life—a complete cosmos of forces and energies—it is possible to isolate threads of impulses in the actions that create and further raw evil.

One of them is the story of the little boy, Ilyusha, who puts a shaving blade in a piece of meat that is that fed to a dog, thereby creating the utmost suffering. It is a servant in the house of Karamazov the elder (later murdered), Smerdyakov, who teaches the little boy this awful stunt. The servant is most likely (we can never truly know) born out of the rape of the “village idiot,” a woman with severe mental disability. The elder Karamazov assaults her on a summer night in a back-alley to impress and provoke a group of men he is drinking with and whose recognition he tries to get by acting as a demonic jester.

The chain is the following: Karamazov rapes a woman, mistreats her and their son, who then makes the little boy do this evil to the dog. This chain hangs together with another that I shall return to shortly.

The elder Karamazov remains in constant struggle with his oldest son Dimitri—about money and not the least about women.  The father and the son competing for the same woman is in and of itself an undignified trait in a novel from the 19th century. At one point, the father Karamazov sends a person with a message to Dimitri. This is one of the most easily overlooked, but nonetheless central, scenes in the book. Dimitri dislikes the information to such an extent that he removes the messenger from the public house by the beard. The man is severely shamed and ridiculed.

This incident spreads in the entire village and the boys begin to treat the captain’s son, Ilyusha,  with the utmost contempt. In this instant, the boy is open to suggestions like the one about torturing the dog.

Further in the book, the reason that this cluster with the captain and his son becomes known to all, and soon moves to take center stage in the large novel’s complex plot, is that the boy bites the hand of the youngest Karamazov-brother, Alyosha, when he tries to help him as the schoolmates are throwing stones at him, thereby hitting him in the head.

This is another example of a chain of evil: from the fight about women between father and son to a boy biting somebody's hand who is trying to help him. These connections are no doubt central to Dostoevsky’s own feeling of what he has achieved in his narrative.

The pulling of the beard of the degraded captain struggling to support his family, showed me what it is that Nietzsche—as well as common insight—seems to misunderstand about the notorious New Testament saying about “turning the other cheek”. It is found in the long passage of collected sayings called the “Sermon on The Mount”  in the Gospel of Matthew, chapters 5 to 8: “But I tell you, do not resist an evil person. If anyone slaps you on the right cheek, turn to them the other cheek also.” (Matt 5,39)

Nietzsche unleashes a devastating criticism of Christianity in the book “The Antichrist” (1888/95). In the 5th aphorism you read: “Christianity has taken the part of all the weak, the low, the botched; it has made an ideal out of antagonism to all the self-preservative instincts of sound life; it has corrupted even the faculties of those natures that are intellectually most vigorous, by representing the highest intellectual values as sinful, as misleading, as full of temptation.”

In a sense this captain can do nothing else but turn the other cheek. He is a weakened person growing even weaker. The incident has such severe social consequences that his family breaks down and in Dostoyevsky’s narrative his son’s fatal tuberculosis breaks out as an effect of the way he is treated by his schoolmates who mock him on the father's behalf.

Turning the other cheek, the way Nietzsche would understand it, means not reacting to such (mis)treatment. And, Nietzsche’s critique is that we have created a religious and moral culture where the captain is actually right in not reacting—although the lack of reaction in his view creates  further poverty and tragedy. The demand of turning the other cheek to any wrong that is done to us has been suppressing mankind for centuries, and now we have an unhuman humanity in Nietzsche’s understanding.

Yet, Nietzsche overlooks what is at stake when Jesus in the New Testament is quoted. It is not the captain who is weak, incapable of reacting to the insult. The problem is that the captain falls victim to the social codes in conventional society.

The people who wrote down the New Testament somewhere between year 70 and 140, and who left us with manuscripts from around year 300, did not understand the problem as Nietzsche does. They understood the “turn the other cheek” to mean not to put any social or moral codes above faith itself—at the time meaning living in charity and compassion for your fellowmen. Social—and especially honor—codes tend to put a stop to this way of life, they realized.

True enough, we know this to be a fact. Indeed, there have always been some socially founded reservation that hold us back from doing the right thing towards people in need. That is the message of the gospel text.

This is where generations and generations of pedagogues, schoolmasters, and people in power—who have expected subjects under their punishment to turn the other cheek—simply do not go beyond the wording of the expression. Take your punishment without complaint, because the person distributing it is in a sense the representative of the highest order of life.

By setting himself socially above the malice from the boy who bit his hand as a remote consequence of the shame that fell upon his father—not to speak of the actual bleeding wound on his hand—Aloysha shows the deep impact of the turn the other cheek-idiom. He turned the other cheek himself when bitten by Ilyusha. He thereby put himself in a situation where he could reach out into the misery of the family and spread some hope and joy in a darkened fate.

Aloysha doesn’t further but on the contrary breaks the chain of evil by turning the other cheek.

Nietzsche is right in supposing that the degraded captain is too weak to react. However, he isn't regarding why this is. It is not because he has learned to turn the other cheek, but because the social codes prevent him. Turning the other cheek puts you above the codes, not under them, in Dostoevsky’s view and in the New Testament understanding.