Why doesn’t he say anything?
|
Jakob Brønnum 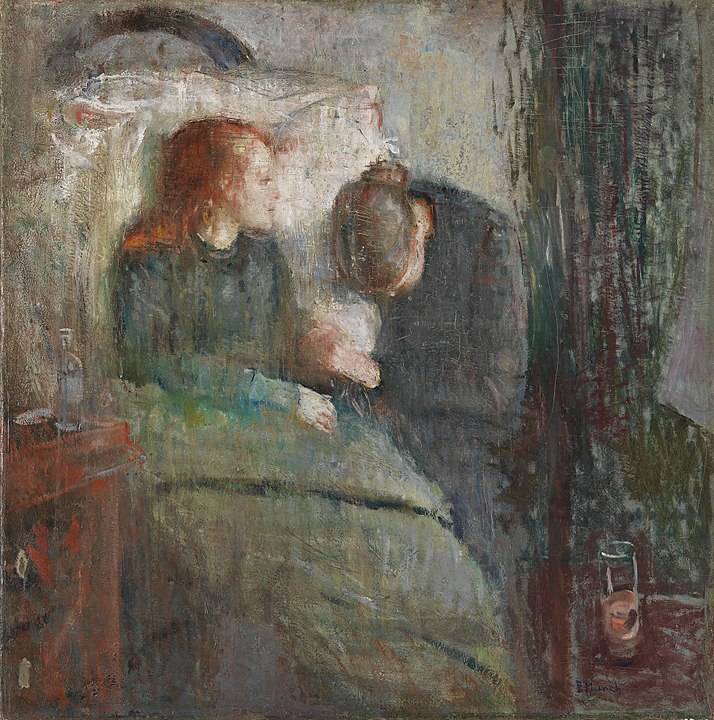 Why doesn’t he say anything?

The Grand Inquisitor is a short story by Dostoevsky (1821-81) from around 1880, and perhaps his most famous piece of prose. It recounts an incident in Sevilla, Spain, in the 1600’s: Jesus Christ returns, performs miracles and is promptly arrested.

The thing is, it doesn't exist as a short story—even though you sometimes can buy it in a single volume. It only exists as a prosaic paraphrase of a poem made by Ivan Karamazov, the middle brother of the brothers Karamazov, to his little brother Alyosha who cuts in along the way to discuss elements and features of the story.

Even though Dostoevsky is, in almost all respects, firmly a writer of the 19th century, this is in and of itself a very (post)modern feature. The two brothers talk about the intentions that Ivan—who is a staunch atheist—has with the story and Aloysha tries to create meaning out of it for himself.

It is an amazing feature because that is what a postmodernist does; he creates meaning out of the stories for himself. The postmodernist—people like you and me—doesn’t have a common ground that has delivered the meaning beforehand. This is how the French intellectuals of the 1970s, Lyotard and Derrida interpret our current condition, but the atheism in the story and thereby the termination of common existential ground, makes Dostoevsky sense the postmodern condition already in the 1880s.

The story is about the central maker of meaning in our culture, as it were, here totally muted. At the core of it is the question of how Jesus Christ is perceived by people in power at the time in Sevilla, specifically by The Grand Inquisitor who—as the title hints—presides over the single most terror ridden feature of the religious institution of western civilization, The Spanish Inquisition.

The Spanish Inquisition, whatever the historical facts are, is known today as a sort of secret police that caught people who did not think or believe the right way, tortured them, and executed them. This is more or less what happens to Jesus too, as he returns.

The bulk of the story is a talk between The Grand Inquisitor and Jesus Christ in prison, except only one of them is talking. The Grand Inquisitor is set to having the prisoner executed in the morning and visits him in the cell at night where the conversation-as-monologue takes place.

It reminds us of a scene in a novel written 80 years later. In the second part of Alberts Camus The Stranger (1942), the convicted protagonist Mersault, who is to be executed shortly, is visited in his cell by a priest. The priest tries to show him a form of existential religious righteousness that Mersault simply doesn't understand and considers absurd.

Why is it that the Christ doesn't speak in Dostoevsky’s fragmented story? The little brother Aloysha exclaims:

“And the Prisoner too is silent? Does he look at him and not say a word?” “That’s inevitable in any case,” Ivan laughed again. “The old man has told him he hasn’t the right to add anything to what he has said of old. One may say it is the most fundamental feature of Roman Catholicism, in my opinion at least. All has been given by Thee to the Pope.”

Ivan Karamazov lets The Grand Inquisitor state that Jesus cannot speak because—based on the institutional interpretation of two verses in the New Testament (Matthew 16.19; 18.18)—Jesus has given every power to the leader of the church.

The German sociologist and philosopher Jürgen Habermas lurks in the corner. He has a widely misunderstood pair of concepts called system and lifeworld (in The Theory of Communicative Action, 1981). The “system” isn't a thing or an institution but a way of approaching life as it is lived. Habermas talks about the system “occupying the lifeworld”. In our digital condition, we completely understand what he means. When we approach a public institution, or a bank, in Northern Europe it can only react to our questioning in a way that a computer-run system is programmed to understand—even though there are people behind the counter.

There are no other ways of receiving messages than as can be computed. Most of the people working today know that you have to work in a way that is agreeable to the system to fulfill the goals set before you, by people above you, who have the responsibility of having the affair run in the smoothest and least costly possible way, and according to the owner’s preferred concept. You don't assess and decide the same way you did before the times of Neoliberalism and New Public Management in the 1980s. The system has not just occupied, it has conquered the lifeworld.

This institutionalism is portrayed vividly by Dostoevsky in The Grand Inquisitor, 100 years before the 1980s, and the paraphrased story is found deep in his last and Magnum Opus, The Brothers Karamazov. The church, as the ultimate “system,” can only embrace what it has decided can be understood—and consumed by the people in a way that makes them act according to the institutional goals.

The excuse for The Grand Inquisitor to prohibit Jesus from speaking is that he has given authority to the system. But this is not the truth of the matter. The truth is that the imprisoned Jesus represents a lifeworld that will threaten to break down the system if behaving freely. The Grand Inquisitor knows that intuitively. He sees it and promptly takes the freedom away from the agent of the lifeworld.

The Grand Inquisitor however is human too, and so he is touched by this clash between system and lifeworld in such a way that he cannot go down in the dungeon at night alone, presuming to talk with Jesus. But he does not have the courage to engage in a conversation because he knows the consequences for him would be too severe. The system would crumble.

Ivan Karamazov lets The Grand Inquisitor execute Jesus Christ for the second time on the next day, but in compliance with the postmodern nature of the story, it has another ending that the two brothers discuss. Ivan tells Alyosha that he originally had in mind to let the story end by Jesus kissing The Grand Inquisitor and The Grand Inquisitor letting him out in the night where he disappears. But he chose the more absolute, darker ending.

There is more to the silence, though. If Dostoevsky had let The Christ speak he would have made him a part of the system, abandoning the lifeworld. He would have let him engage in a power struggle.

Dostoevsky has a quiet message for us here, put in a way that has all of postmodernism's constituent features, namely that you have to make a meaning of the story yourself in order for it to have a meaning at all. The message is that the system is that which never changes and always is itself, lifeworld is that which always changes and always is itself.

Cleverly enough Dostoevsky, who presents almost no institutional religion in his novels, did not set this blunt religious criticism in his own times and in his own religious context, the Orthodox Church. It wouldn't have survived the censor.