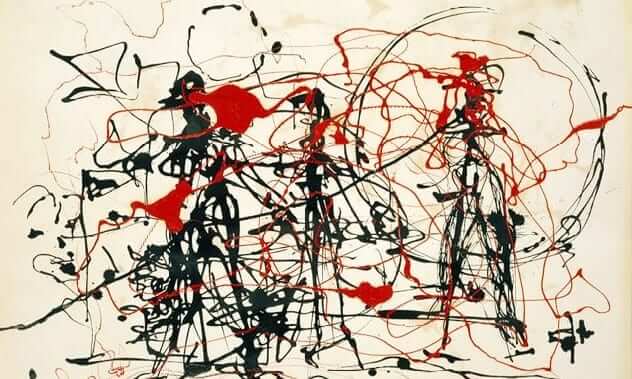 A friend recently asked me what it meant to see, perceive, live poetically. She had recently stumbled upon Viktor Shklovksy and taken quite an interest in the things he had to say about defamiliarization, of the shaking things up in our lives to see them once again as they are. Past the accumulated detritus of habit, the numbing grindstone of work, the stultifying automation of routine. The desire to shake off these mortal coils and feel things, once again, in the blood and along the heart. Not just to see things, then, as they are, but as alive. As with many of the philosophies and the poetics of the early twentieth-century, one feels the overwhelming sense of alienation bordering on paranoia of being deadened from living in a disorientingly mechanized world.  One suspects most people are condemned to the quiet desperation of walkers Peter Porter imagines:

[…] we can only
Walk in temperate London, our educated city,
Wishing to cry as freely as they who died
In the Age of Faith. We have our loneliness
And our regret with which to build an eschatology.

Temperate London. (So then because thou art lukewarm, and neither cold nor hot, I will spue thee out of my mouth.) And one sees in the writing a subterranean impulse to, of all things, surprisingly, a type of secular resurrection. Here is Shklovksy (as quoted in question three of the 2018 Part I Practical Criticism and Critical Practice paper from the English Tripos):

Life is reckoned as nothing. Habitualization devours work, clothes, furniture, one’s wife, and the fear of war. And art exists that one may recover the sensation of life; it exists to make one feel things, to make the stone stony. The purpose of art is to impart the sensation of things as they are perceived and not as they are known. The technique of art is to make objects ‘unfamiliar’, to make forms difficult, to increase the difficulty and length of perception because the process of perception is an aesthetic end in itself and must be prolonged. Art is a way of experiencing the artfulness of an object: the object is not important.

That one may recover the sensation of life. Kafka expressed something similar along diametrically opposite lines, of reading as something so grief-inducing that it unlocks us, brings us back, paradoxically, to life:

But we need books that affect us like a disaster, that grieve us deeply, like the death of someone we loved more than ourselves, like being banished into forests far from everyone, like a suicide. A book must be the axe for the frozen sea within us.

So much writing on the wall that tells us, quite against our will, that we are really all just dead inside (Hanging on in quiet desperation is the English way…); and so much counterwriting on the wall, like those palimpsests of graffiti glimpsed furtively on dour brick walls on late night walks back home, compelling us, quite against our will, to really live.

What could I say to her? About what it meant to live or see poetically? It’d been a year since the last half-serious attempt (or shall I say assay to spin-doctor my deficiencies into a kind of virtue, like the 4pm Tiger Beer drinkers with their packs of Winston Red cigarettes back home, leg assertively up on the chair in a posture of easy-going assertiveness, all the better for the stories they have to tell of the good old days?) Increasingly, I’d begun to catch myself at odd removes; but really my worries started when I began to catch myself catching myself at odd removes. I’d sit innocuously through a lecture and then suddenly feel like I was not in the lecture at all, that Cambridge was an elsewhere I could only approach vicariously, or by degrees, in stuttering steps that could never quite catch up to where my idea of it really was. I’d walk through the streets feeling a gauzy daze drifting into my perception, and feel bewildered by the unreal, uncanny double vision (the eyes just fine; the perception, like a faulty camera lens, either smudged or scratched or splintered). Keats, on reading: ‘I should like the window to open onto the Lake of Geneva—and there I’d sit and read all day like the picture of somebody reading.’ Read all day like the picture of somebody reading. One could say as much about Cambridge; one could say as much about living, and why no one ever feels up to the task. And there I’d live all day like the picture of somebody living. In the meanwhile, I make do with the depressions of summer and the difficulties of being home for extended periods of time; the fact of my parents’ ageing; my father’s heart attack; the various whirligigs of time bringing in their revenges…

Lars von Trier, on melancholy: ‘I’m trudging through this gray, woolly yarn. It’s clinging to my legs. It’s really heavy to drag along’. Not the first place I’d think of when imaging dissociation, of thinking myself eerily distanced from the body and the mind living in this equally temperate city, the legs. But I think he’s right, that’s where it clings to. (I remember the little innominate grasses that would cling to my – very high – school socks as a kid, hooked deep into the purple-white cotton fabric, that I would have to assiduously pick out before returning to class).

But all these digressions… no, I cannot in good conscience recommend attention and perception (in memory or in the present) as anything more than well-intentioned homeopathic nonsense. In life or in poetry. I wrote this sullen nonsense three years ago and cannot for the life of me say I’ve had my spirits fortified or revivified, nor argue that I’ve been given a new lease on life. All I have now is the subtle guilt I have been inveigled into by all these critics telling me that real art will make me feel again:

Lately my life: a series of arrivals
at susceptibility; ‘arrived’, as at
some proof, though it has more to do
with finding dogs’ eyes suddenly unbearable,
or seeing how overcome I am by rain, or
anything resembling rain. And how absorbed
I now am in dreary things: the weary, eel-like
progress of cigarette smoke through the air; the succinct flare
of stubs pattering the ground; the dusty, discrete
screeches of shoes against concrete…
As if attention were enough, or enough attention
was all I needed to save myself.

I catch myself in unconsented shudders;
screams, all silent as a courtesy to neighbours;
and weakly, only: ‘how did it come to this?’
over and over, each iteration
as dumbstruck as the last; ‘it’s just a photo\
of a fucking dog.’

Lowell had it nailed down much more perfectly, (a)stringently:

The resident doctor said,
“We are not deep in ideas, imagination or enthusiasm –
how can we help you?”
I asked,
“These days of only poems and depression –
what can I do with them?
Will they help me to notice
what I cannot bear to look at?”

In my heart’s core, in my heart of heart, I wish my friend the best of luck.