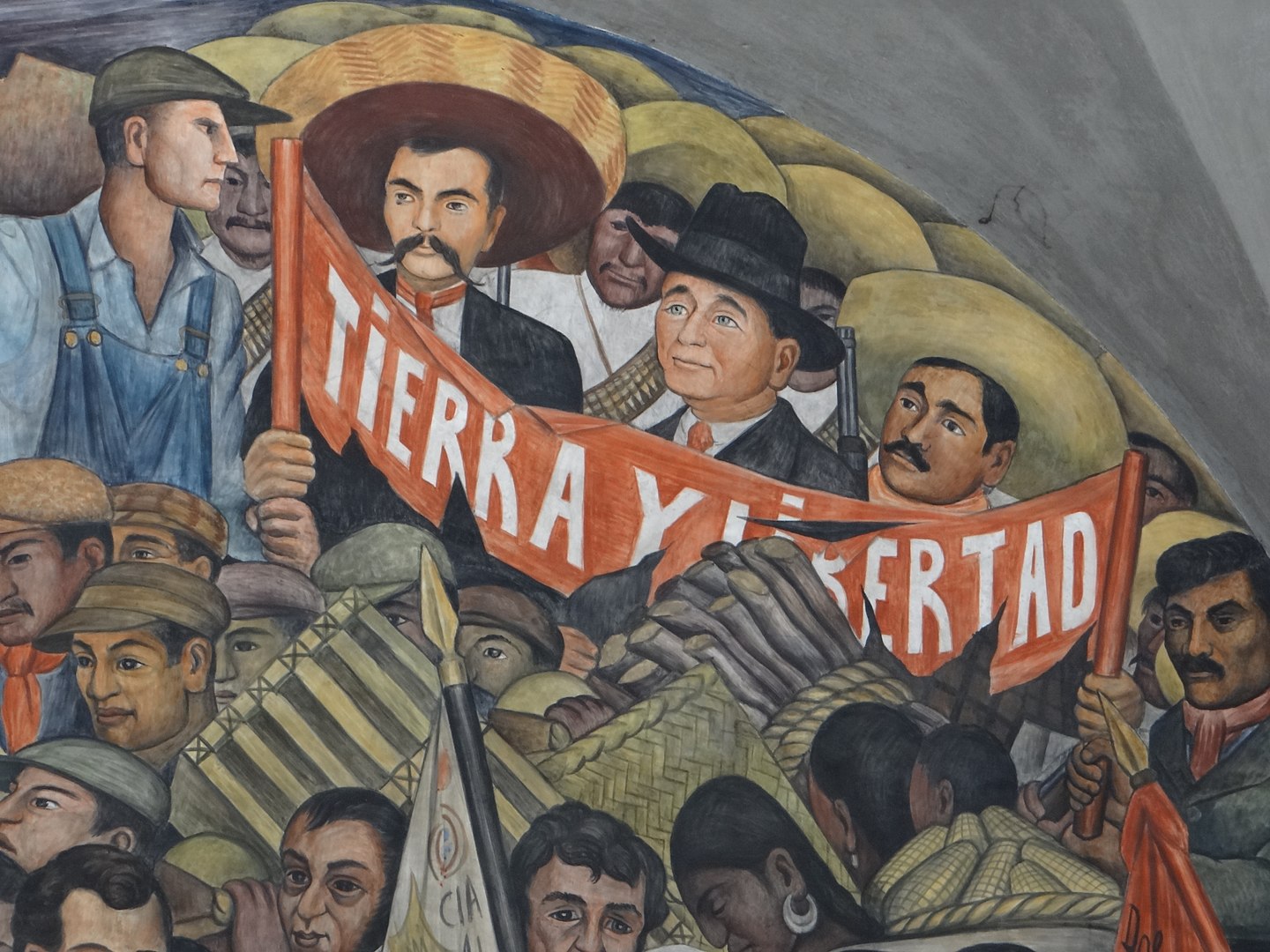 In recent decades, films have increasingly been analysed by historians to provide insight into the conscious and unconscious values of the producers and the audience at the time when the film was made. While films have a tendency to treat historical subjects superficially, insensitively, or inaccurately, this does not negate their potential for historical study and they can contribute to our comprehension of historical events and periods.

Soviet war films dealing with the subject of the ‘Great Patriotic War’ are particularly helpful in understanding how the Second World War was remembered in the late Stalin and Khrushchev eras, and are valuable documents to consider the place that the conflict holds in Russian collective memory. The first of two Late Stalin era films that I wish to discuss is Mikhail Chiaureli’s 1950 The Fall of Berlin. The Fall of Berlin tells the story of the war on the Eastern Front from the sudden invasion of the USSR by German troops during operation Barbarossa all the way until the end of the war with the defeat of Nazi Germany. The film has two plots: one involving the high politics of the war, where we see historical characters such as Stalin and Hitler trying to guide their respective generals and sides to victory; the other follows a Stakhanovite factory worker, Alyosha, and his romance before and throughout the war with a teacher called Natasha. Despite the inclusion of the latter plot, a wartime romance to give the viewer a break from the politics, the film really does not deal with the lives of ordinary citizens and is entirely focused on Stalin.

Indeed, even Alyosha and Natasha’s relationship involves Stalin. When Alyosha meets Stalin after breaking a production quota record, Stalin acts as a caring father figure and advises him: “Don’t worry and don’t be afraid of poetry. Love her and she will love you… If she doesn’t fall in love with you, drop me a line”. Stalin is praised all throughout the film, even by his enemies. At one point the British businessman Bedstone effectively calls Stalin a great commander. The speed at which we move through time and space and the lack of any plot or character to which the viewer can relate are problematic to say the least, and despite physically accurate representations of Stalin, Hitler, Goebbels and many others, the characters are far from convincing and the historical accuracy of the events is more than dubious at times. The focus on Stalin reflects the nature of the film and that of the post-war Stalin era.

Gone were the heroines of wartime cinema, the time now being for the father-hero Stalin to take the limelight, with him being shown as responsible not only for the Soviet Union’s industrial and economic grandeur, but also for directly ending the conflict and being the greatest war-hero of all. Shot in colour and produced to coincide with Stalin’s 70th birthday, the film is one of the best examples of Stalin’s cult of Stalin. In the years following the end of the war, Stalin and his supporters were keen to make the Soviet people feel indebted towards them. Through cinema and the press, Stalin and his supporters painted themselves as the victors of the war, denying others of the credit, and reimposed the sense of obligation that had existed previously, effectively brushing aside the perfectly legitimate expectations that Soviet citizens expected from their leadership in a time when the economy was ruined and the population traumatised by the horrific conflict that cost some 20 million Soviet lives. This was a means for Stalin to maintain power and to get the population to return to “Socialist building”.

The second film that I wish to analyse is Vladimir Petrov’s 1949 The Battle of Stalingrad. While this film focuses on the eponymous battle, and has a considerably different style to The Fall of Berlin, both films are remarkably similar. First of all, from a technical standpoint, both films are of considerable length, clocking in at two and a half hours for The Fall of Berlin and almost three for The Battle of Stalingrad. Secondly, both films are focused on the high politics of the conflict, even more so in this film, where we encounter no plot involving soldiers or ordinary citizens. Thirdly, both films revolve around Stalin. The death and destruction portrayed in the film serves only to present how much of a hero Stalin is when he finally defeats and pushes back the advancing German army. Much like in The Fall of Berlin, Stalin is portrayed here as a war hero, as single-handedly making the right decisions that ultimately lead to Soviet victory. Once again, this is a film that served to boost Stalin’s cult of personality in the aftermath of the Second World War. The focus is on the leaders, not the soldiers and ordinary Soviet citizens, leaving common viewers of the time with no reflection of their own experiences of the conflict. Just like The Fall of Berlin, this film served to make soviet citizens feel indebted towards Stalin whilst simultaneously rewriting History to praise Stalin.

Now, to turn to two Khrushchev era films. The first of these that I have chosen to talk about,—mainly because it represents a complete opposite to the two previous films—is Grigori Chukhrai’s 1959 Ballad of a Soldier.  Ballad of a Soldier follows 19-year-old soldier Alyosha as he travels back home to see his mother after being given a six-day leave for destroying two German tanks. Along the way, a variety of events happen, the main of these being his meeting with Shura with whom he falls in love. The film ends with a voiceover telling us that Alyosha ultimately perishes in the conflict.

Aside from Alyosha sharing the same name as one of the characters from The Fall of Berlin, these films could not be any more different. Not once is Stalin mentioned in Ballad of a Soldier. Aside from the opening scene that takes place at the front, the rest of the film takes place far away from the combat of the front lines, being set in the unoccupied part of the Soviet Union, presumably in the North Caucasus, as there is reference to Georgiyevsk. The focus of the film is not on the politics and grand narratives of the war, but rather on the ordinary people. No great historical figure appears, and all the characters are ordinary soviet citizens. It is the small things that count in Ballad of a Soldier, such as food rations, cigarettes, water and soap. Civilian deaths are shown when the train Alyosha is on is attacked by Luftwaffe bombers, and their depiction moves far more than the very rare ones to be found in The Fall of Berlin for example. Through a realistic portrayal of life during the war (or relatively realistic, if compared to the disturbing and bleak realism of later films such as Come and See), and the use of relatable characters and themes (two young people falling in love, the love of a mother for her son and the lack of commitment of a wife for her husband for example), Ballad of a Soldier succeeds in emotionally affecting the viewer and allowing them to relate to the hardships endured by the characters.

More importantly, though, the film reflects the changing political and social climate of the Soviet Union. The Khrushchev thaw that began after Stalin’s death and reached its culmination with his secret speech at the 20th Party Congress marked a distancing from and a denunciation of Stalinism. Directors, starting with Ivan Lukinskii and his The Soldier Ivan Brovkin (1955) began breaking from the taboos of postwar cinema and took advantage of the cultural and political climate to fuel memory of both the victory and the ultimate national tragedy that the Second World War was. The cult of personality, hallmark of Stalin’s rule, was dropped in favour of more down to earth and challenging films. The theme of fear is present many times in Ballad of a Soldier, but it isn’t fear of the enemy. Rather, it is fear of one’s compatriots (the ‘cruel’ lieutenant for example), and perhaps the most moving aspects of the film are not what is shown but what ‘could have been’, the relationship that never comes to fruition, what Alyosha could have accomplished had he not died. In some respects, this could be seen as a critique of Stalinism itself, of the fear and paranoia that accompanied it and the many bright possibilities that it shattered. In a sense, the film represents not only the thaw view of the war but the thaw itself.

The other thaw film that I want to examine is the famous Cranes are Flying, Mikhail Kaltozov’s 1957 seminal Soviet war film. The film follows a woman called Veronika and her life throughout the war. Her boyfriend, Boris, volunteers to defend the homeland and is quickly killed. Having no knowledge of this, Veronika is left waiting for his letters. However, she is quickly forced to marry Boris’ cousin, Mark, who has bought exemption from fighting. After Veronika nearly commits suicide, saves a child named Boris and breaks from Mark amongst other things, the film ends with the surviving soldiers returning home. She comes to the realization that Boris will not be coming back and that life must continue. One again, as in Ballad of a Soldier, Stalin is not mentioned once. The film also focuses on the lives of ordinary people back home and shows very little of the front. The focus on the main character, Veronika, allows the viewer to get to discover and know her and in many ways to relate to what she is enduring. Themes of fidelity, fear, numbness, sadness and hope once again appear to challenge the older Stalinist conceptions of the war as Stalin’s victory. What we have here is the suffering of ordinary people whose lives have suddenly been transformed by the catastrophic war. The film’s moral ambiguity and psychological complexity startled viewers and marked a distinct break from Stalinist cinema. Indeed, is Veronika a heroine? Where is the moral center of the film? How does one reconcile the cranes and other symbols of hope and rebirth with the dark and powerful events that occur? Swirling, avant-garde cinematography, especially during the scene where she runs on the bridge to her near death, are not only aesthetically interesting but also reinforce the feelings of confusion and anxiety.

What must also be noted is that both Ballad of a Soldier and Cranes are Flying are not so much war films as anti-war films. Never once is the war shown to be glorious and the victory a total one. Here is one of the major contrasts with Stalinist cinema and one representative of the political and social rupture from the Stalinist past that was occurring during the thaw. It is in this that their strength lies, and why to this day they are still considered classic films.

Dylan holds a BA in History from King's College London and an MA in Medieval and Viking History from the University of Oslo. He currently works at the Gedenkstätte Berlin-Hohenschönhausen (the Stasi Prison Museum) in Berlin. In a previous life, he trained with the Belgian Kendo National Team, and in his spare time, he collects ancient coins.

Long-braided maidens gazing from the Acropolis to Russell Square