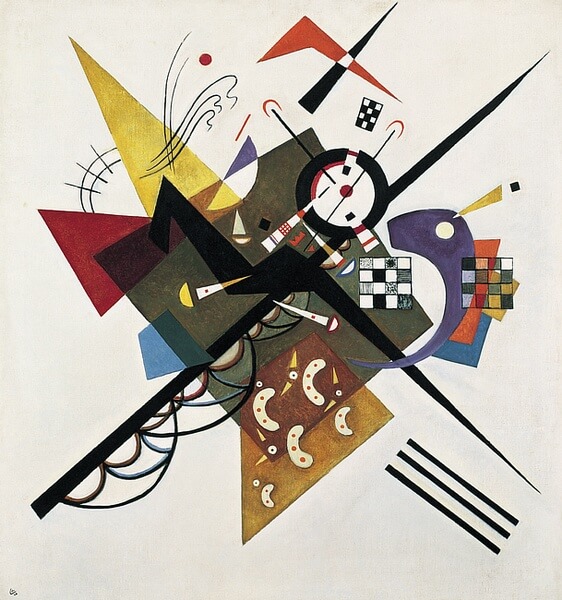 Everybody knows the opening of Beethoven’s 5th Symphony. Da-da-da-daaaa. I have been aware of it at least since I heard the pop group Electric Light Orchestra use it as an opening to a cover of Chuck Berry’s Rock’n’roll Music on their second album in 1973.

Not too long ago my neighbor, who is sitting in the viola section of the local symphony orchestra, walked around the city, asking people if they could sing it. There they all were da-da-da-daaaing on Main St. and she got some fine footage for pr-video for the orchestra.

Is there a meaning to this theme? Legend has it that Beethoven demonstrated it to his secretary, saying, “Thus fate knocks at the door”, presumably hinting at the fact that he now was almost deaf. Other contemporaries relate the incident of Beethoven walking through The Prater, the amusement park in Vienna, hearing (!) the Yellow Hammer singing the theme.

The Yellow Hammer clearly has this kind of motif in its song: six short, repeated notes, in most cases followed by a longer, differently pitched tone that could be interpreted some notes lower, the way the long fourth note in Beethoven’s phrase is lower.

None of this, however, conveys the meaning of the theme. Whatever one would correlate with Beethoven’s own biography this is not what the music means either. Even if it was intended as a kind of fate-motif, and the deafening composer hammering the piano is not just a rash expression of annoyance over not being able to fully hear your own work, especially this that he was so satisfied with - this is still not what it means.

What do musical notes mean? We rarely think about this. When we notice a theme in a Hollywood movie, we know the function of it. But breaking it down to the actual elements of the music, the row of notes we recognize as a phrase, motif, or melody, what do they mean? What does music tell us?

Beethoven’s 5th received its premiere at a chaotic concert in 1808 with an underperforming orchestra, together with the 6th, that has a title and is known as The Pastoral Symphony. 40 years later Richard Wagner coined a phrase, explaining music like Beethoven’s Sixth, calling it “programme music”, in the sense that it has an interpretative description of its content attached to it. The five movements of the Sixth are described by Beethoven as tableaus of rural landscape, e.g. a peasant dance or water flowing in a running brook. There is even a thunderstorm. Music without such a programme was called absolute music or abstract music.

Beethoven’s Fifth doesn’t have a programme. Absolute music doesn’t tell a story, there are no words from the composer describing it. We can describe the feelings which the themes, the rhythm, the harmony, or after repeated listening, the overall progression through the musical structure, evoke in us. But it is still not what the music means. The music doesn’t mean anything since it is absolute music.

The anecdote with the bird in The Prater is particularly fascinating, since this is what music is: The cultivating of natural sounds. When you go outside in the rain you are bound to hear different sounds from the rain dropping on different kinds of material. As we know, this can be understood as a sound wave in motion through the air.

Music is the cultivation of sound waves into and by complex systems using very advanced skills. This cultivation unavoidably takes place within the culture it occurs in and it is (re)presenting and signifying the times in which it occurs. The monotonously fast paced, digital pop music in the chain stores in our time is nonetheless a cultivation of natural sounds, convincingly though not always consciously signifying the human stress of the neoliberal consumer society today.

Beethoven’s Fifth, with its universally known opening, cultivating a bird’s characteristic song, does sound like something out of the late wienerklassik, though in a way few works of art ever does, it also transcends its time.

Most people extend their knowledge of this piece of music at the most to the end of the first group of themes (where The Electric Light Orchestra begins to play Chuck Berry) and its lasting popularity cannot be due to its catching or emotionally laden themes. It has few, if any. It is more difficult to listen to than practically all other Beethoven Symphonies.

I’m sure most of the fascination falls on the part of the connoisseur and the professionals deciding what the orchestra plays during the season and choosing it because its opening half-a-minute is so well known.

But in its abstract or absolute musical form it has a remarkable feature, and that is that most of the rest of the 30-minute work is built with variations of the four opening notes. All the way through you’d hear a variation of the notes or its rhythm.

It is like a movie about the creation of a black hole, played backwards. The four-note-pattern is the black hole and out from it everything unfolds, in numerous shapes and forms.

It is as if the tone pattern, the da-da-da-daaa is four-dimensional and of such a plastic nature that it can change the relation between its manifestation in space and in time in endless ways.

In the end of the second movement there is an elegiac melody that seems to contradict the rather harsh opening-theme, emerging after other themes of the movement have been worked over several times. Now, one wonders, we must finally have left the dark and doomed mood of the opening and some soft emotion finally begins to show. Slow and sweet, sombre, it seems for a moment.

But hold on! Listen! The theme is built just like the fate-motif, consisting of a slowly played row of falling notes. We are still firmly held up in the gravity of a four-note black hole. And when the third movement sets off after a short, quiet melodic roaming in the deep strings, you’ll hear the da-da-da-daaa-rhythm again in the brass. Throughout this scherzo-movement, Beethoven toys with the four notes and its rhythm in many surprising ways. It is like standing in front of a detailed picture looking for a repeated or hidden element: Oh, there is one. Ah, there is another. Well, there it was again! Where? Up there in the corner.

The special clarity of the material of Fifth is probably first of all due to its long drawn out process of creation. Beethoven had it nailed already by the end of the composition of the third symphony, but didn’t finish it before he’d composed some of his most emotionally charged works with a strong sense of beauty, like the Fourth Piano Concerto, maybe,

Beethoven’s warmest and kindest work, miles away from the steadfast determination that the fifth progresses in without ever really giving way to anything else.

In the artistic process the other works between the Third and the Fifth symphony probably acts like spoilers on the way to reaching the sublime artistic abstraction of constructing a texture so rich and varied from so simple a melodic pattern.

I do not know of any other work of art so thoroughly resting on the basic and pure energy of its own substance, in this case the cultivation of natural sound, up until abstract art opens up a completely new way of conceiving aesthetics - by the end of the first decennium of the next century, a full hundred years later, with Kandinsky and Picabia.

Looking at an essential Kandinsky it becomes clear that we are seeing raw energy using cultivated light waves the way music cultivates natural sound waves, and Beethoven in the Fifth does it in a purely elemental way.

But is Beethoven’s Fifth really a Kandinsky or is it rather a Mondrian? I used the black hole as a metaphor for the way the da-da-da-daaa contains the energy of the whole work, and you can see a corresponding – black, as it were – gravity center several times in Kandinsky. There is nearly always something in there you’d identify as the gravitational energy.

But is it not a Mondrian that is the abstract art equivalent of Beethoven’s Fifth? Do the movements in the work not correspond with the diversely sized squares and rectangles in a Mondrian? Or could it be a Miró, with the little four-note pattern bent in many shapes, all floating around in a sea of cultivated nature? I’ll leave it up to the listener to decide. After all, it doesn’t mean anything.