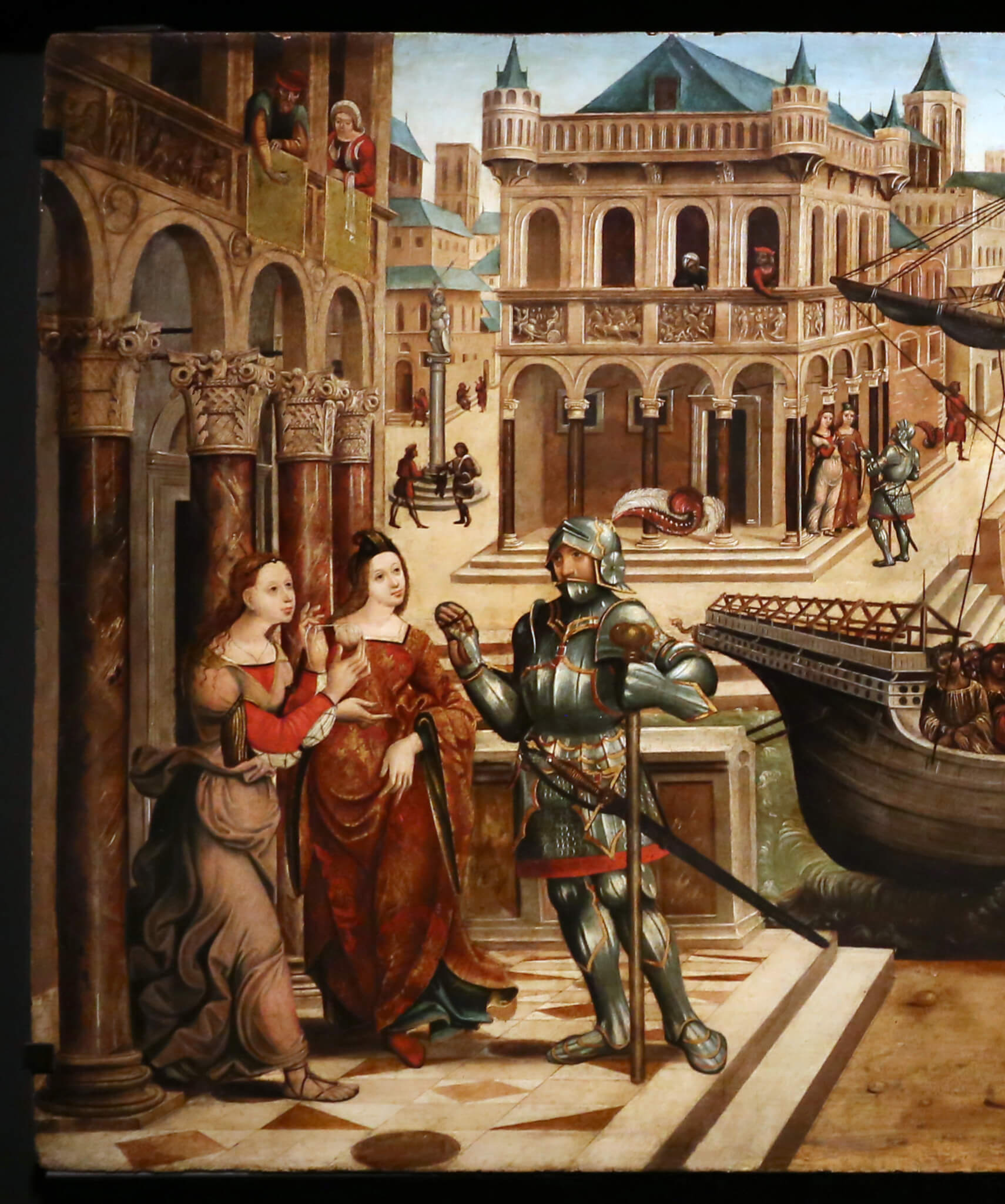 Thus reborn we will be baptized anew in the common waters of humanity.

In an aged land the infant child of a fading regency cries in her swaddle. And her name is the Trouble of Ages. The babe squirms, oiled and wrapped in the bespoke linens of luxury and every full course of a doomed royalty’s heritable glitter. A kingdom assembles to see the child anointed. See them gathered by their force. Gathered by their fear. That ancient storied empire convenes to a final public sacrament. The city squares fill as blank-verse scripture, called off the pulpit, endows violence to celebrate madness for heroism. Gather all to the river. After all, we’ve come so long these roads that die behind us. Retreat-less paths cobbled with the shattered stonework bones of a newly fallen Ephesus.

The wise plod together dumbfounded in their guilt. Fools step giddy in their babble. The crowd fills with murmurs. Murmurs of resistance. Murmurs of revenge against vanquished standards of merit. Oh Pomp! As our enemies are welcomed with their gifts our friends from battle wander unaddressed and humbled to the crowd. Stand us in our finery and stand us in our rag down to the baptismal stream. A brownfield flood swollen under broken skies by some other destiny than cleansing rain which will not fall. And will not fall.

Like elites of fallen Greece we come to mock en masse what we could not parse alone among the ancient odes and epodes. Made weak by time and fate but strong in will. We faced no greater terror than waking up in the dirty world as equals. Now the broad reality of the rest of civilization’s long suffering condition becomes our own demise. We beseech the kindness of our enemies and levy tithe upon our friends. Every road once led here. Now all roads lead away.

Bronzed gates of an empire can also be closed from without. Meanwhile in the keep our drunken princes bicker. How fast a castle thus becomes a cage. Protected by the whimsy of old and absent Gods we abandoned the luxury of our landscape for the tumult of our discontent. Like Acamapichtli behind the causeways of faction-torn Tenochtitlan all our Gods have fled into the dying earth. The only lesson common to all who had made war in vain: a God that serves one race alone has enemies his equal. We are unredeemable now by salvage. Unredeemable by lore.

Bring forth this child of bartered Liberty. Her name was the Daughter of Exiles. The child of a suddenly un-destined Empire. The infant passed aloft through throng by a wine-lipped delegation of sycophantic acolytes. Now delivered to this sacred shore the angelic muse is handed to the higher delegation’s newly chosen salvatory Priest.

Held by these new hands terror and panic spark in the infant daughter of a bitter entitlement. See the oiled baby lurch in a blind palsy of tantrum. Some will gasp at this turbulence and some will call out praise. Lost to the child or perhaps as yet learned is the ability to discern between the safety of grey skies above and the perilous adobe rinse of a gently sewered river as it storms our rector’s knees.

A child is carried down from a proud hill where fallen marble lays. A long-repeated and carefully scripted passion play. Now a fleeting glint from that smoldering rise distracts the procession and entire. Wisdom and delicacy are thus forgotten mocked. A handhold is lost to the squirming. And so becomes a moment of improvised destiny. Into the flood we go, and screaming.

Every road once led here.