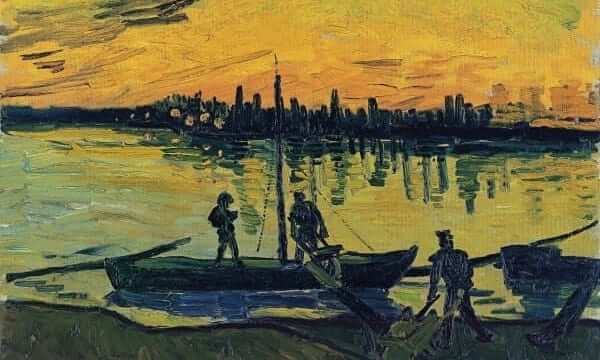 Sometimes words stick. Read enough and the most innocuous and well-trodden of words can suddenly harl onto an older, wispier network of voices imbedded deep in our minds. J.H. Prynne’s Al Dente (2014) has for its epigraph, all in italics, the inobtrusive phrase: “O summer’s day”. As a dear friend pointed out to me, Prynne was actually alluding quietly to both Dickinson and Shakespeare. Not just Sonnet 18’s famous “Shall I compare thee to a summer’s day?”, but also:

The bee is not afraid of me,
I know the butterfly;

The pretty people in the woods
Receive me cordially.

(“The Bee is not afraid of me”, Emily Dickinson)

And now everywhere I go I cannot help but see it. Milton: “from Morn | To Noon he fell, from Noon to dewy Eve, | A Summers day” (Paradise Lost, I.742-4); more Dickinson: “A something in a summer’s day | As slow her flambeaux burn away | Which solemnizes me”; Ashbery:

[…] Life, our
Life anyway, is between. We don't mind
Or notice any more that the sky is green, a parrot
One, but have our earnest where it chances on us,
Disingenuous, intrigued, inviting more,
Always invoking the echo, a summer's day.

And many more instances besides, common enough as summer’s days are, unhelpfully dusted away in a page somewhere in my commonplace book, refusing to be summoned at this time of writing. Perhaps this … mania? affliction? is a very peculiar case of the Baader-Meinhof complex, a kind of frequency bias where something suddenly appears everywhere now, but only because you’ve begun to notice it. It’s interesting to note how malleable our thought-processes can be: each time I now run into a “summer’s day” it registers and snags onto the entire web of past encounters of it. It’s become something that’s quietly insinuated itself into my actual reading processes, as, say, something more acknowledged like having to find the perfect ambience to read.

And they stick with fervour. The more categorizable, consistent, named webs of allusions are more manageable. You find a new example and constellate it into whats already there. You know where they sit in the darkness; you’ve even, as with constellations, superimposed an order onto the vagrant arbitrariness. But then there are the moments when you come across a word and it touches upon something deep in you that you can’t quite figure out, like hearing a familiar tune whose titles eludes you, except that you know you first heard it on a greyish, overcast day in a plaza somewhere while trying to stave off the mugginess with a cup of coffee. E.M. Forster’s A Room With a View features the word “rivulet” twice:

From her feet the ground sloped sharply into view, and violets ran down in rivulets and streams and cataracts, irrigating the hillside with blue, eddying round the tree stems collecting into pools in the hollows, covering the grass with spots of azure foam. (Chapter VI)

And continually did she rise from her seat and part the curtains so that a rivulet of light fell across the carpet, and make the remark that they were still there. (Chapter VIII)

By the second time it had been thrown into the spotlight. Why was it that E.M. Forster had clung onto this word? Why was it that it had jumped out of the textual masses and almost ambushed me? (Only later, to remember, that when I was 13 and first started to fall in love with literature, reading, of all things, John Steinbeck’ The Grapes of Wrath, the word “rivulet” would appear in the very first page and stamp itself onto my mind as both the kind of austere word employed by serious, canonical writers, and as a word that was inherently, if that was possible, beautiful. “To the red country and part of the gray country of Oklahoma, the last rains came gently, and they did not cut the scarred earth. The plows crossed and recrossed the rivulet marks.” I must have spent (naively) many adolescent hours crossing and recrossing this first page trying to suss out the secret to prose and genius.

But E.M. Forster’s most famous word was “connect”. “Only connect the passion and the prose…”. It is a much-noticed verbal tic of his. Though my attention to verbal tics came first with Don DeLillo in 2016, when I read, back to back, in a flurry, Libra, Underworld, Mao II, and White Noise. Texture. The word DeLillo always retreated to. As if he had come to the limits of his powers to describe the wordless, subterranean way in which things have particular effects or affects subtly encoded or inhered into them. As if he had reached the precipice of his imagination and could find no further way of describing the all-encompassing feel and accretion of nuances in things. Or as if he had so mastered the idea of it that it has flowered from mere shorthand into its own serious, technical term. On the verge of wordlessness DeLillo memorably theorized the niche sensation of running into a feeling so intense you needed to raid the resources of other languages to even begin to have the capacity to convey it: “ […] an end-shudder requiring a German loan-word to put across the mingling of pleasure and dread and suspense […]”. But it wasn’t a German loan-word at all.  The word “texture” appears 5 times in Mao II, 6 in White Noise, 7 in Libra, and a staggering 19 times in Underworld, the first instance of which appears at the start of the sentence where he describes that sense of wordlessness:

When you think about the textured histories of the teams and the faith and passion of the fans and the way these forces are entwined citywide, and when you think about the game itself, live-or-die, the third game in a three-game playoff, and you say the names Giants and Dodgers, and you calculate the way the players hate each other openly, and you recall the kind of year this has turned out to be, the pennant race that has brought the city to a strangulated rapture, an end-shudder requiring a German loan-word to put across the mingling of pleasure and dread and suspense, and when you think about the blood loyalty, this is what they're saying in the booth--the love-of-team that runs across the boroughs and through the snuggled suburbs and out into the apple counties and the raw north, then how do you explain twenty thousand empty seats?  [italics mine]

Suddenly, you become attuned to it. Here are all 6 of White Noise’s ‘texture’s:

The amassed bundle of qualities that inhere in a certain time of year as they slip into the amassed bundle of qualities that gives life its texture; the delicateness of a soundscape; the overwhelming fabric of sensory assault one encounters in a given place; the pristine elegance of logic and argumentation; the arc and shape of one’s entire life; the hunger for a type of passionately visionary and visionarily passionate mode of seeing. All that collapsed into the singular word “texture”. Sometimes, it comes with a particular sting, with the peculiar heft that comes with barbed, laconic dismissal:

He lay in bed open-eyed in the dark. There were intestinal moans from his left side, where gas makes a hairpin turn at the splenic flexure. He felt a mass of phlegm wobbling in his throat but he didn't want to get out of bed to expel it, so he swallowed the whole nasty business, a slick syrupy glop. This was the texture of his life.

That was the texture of his life. That was it. Sometimes words stick.