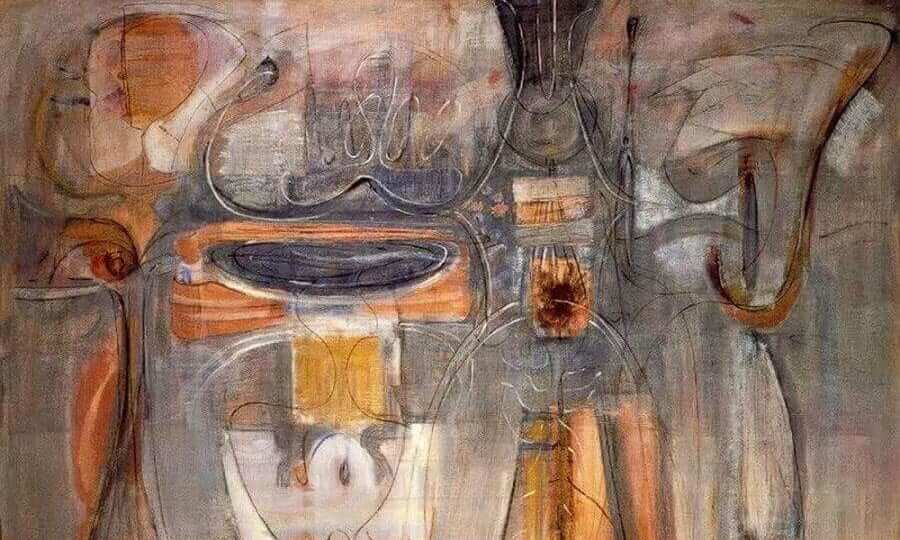 In middle school, the problem of the contiguous self would occasionally keep me up at night. I was me right now, that I was sure of. But once I went to sleep how did I know that this current self would remain intact? Wouldn’t unconsciousness represent a break in the chain of my thinking and thus create a new, slightly altered person on the other end? Wouldn’t it be another Daniel Olivieri who would wake up in my body the next morning, leaving the current version of myself behind? While I’d never read Heraclitus, it seems my nighttime anxieties had. These thoughts echo his pronouncement that, “No man ever steps in the same river twice, for it's not the same river and he's not the same man.” It’s this exact Heraclitian feature of sleep, however, that makes it easier for late night conversations to go so deep. If you have a heavy conversation during the day, everything after it could smack of decrescendo. You’ve had a catharsis, what are you going to do next, go grocery shopping? Sleepiness and sleep make a good duo here. Lethargy often helps people lower their guard and speak a little more openly while sleep itself provides convenient exit strategy. Not only is it a good escape route from the conversation, but also from the self who has that conversation. It’s always easier to say important things when you can run away from having said them. Sleep allows you to do just this because the you who wakes up the next morning has a certain distance from whatever you said the night before.

Speaking to other people in the dark also allows other affordances. The dark allows you to talk to other people without seeing them. This is just the type of situation that Catholic priests and Freudian psychoanalysts go out of their way to contrive. Priests with their confession boxes, Freudians with their outward-facing sofas. During the day your friends are composed of postures and facial expressions that required so much interpretation, at night they are pared down to their voices alone. You can listen to them the way that you listen to your own thoughts.

Sleepovers were an especially potent opportunity to have conversations in the dark. No matter how much your parents approved, being up that late always felt like a type of rebellion: you were trespassing into the late hours of the night. This gave it a sense of secrecy. During the day you were merely a group of friends; now you were conspirators. This was crucial because the best relationships have this element of conspiracy to them. There’s some secret knowledge that you two share. Late at night was the perfect time to do that sharing. This was the time to reveal crushes, spill secrets, a time for confessions. You could say what had really been on your mind. By the end of the night, you know where the other person’s gunpowder is stashed, in which theatre their assassin is hiding, the real reason they broke up with Avery. There’s a sense that it’s you two or three or four against the world. Lying in the dark, sharing secrets and philosophies, you were initiated into the sacred cults of one another’s personalities.

When you are sick, the mere presence of another person is its own medicine. I remember one night after playing a lot of Super Mario on my Gameboy, I hallucinated that the cartoon villains of the game were coming after me. I distinctly remember sitting up in bed and exclaiming in utter desperation, “They’re gonna run me down!” Fortunately, my Mother was there to guide me through that and calm me down, to assure me that no, the monsters from Super Mario are not in fact coming after you. Though through some immune system alchemy of motherhood prevented her from ever catching the flu from me, my sickness was her sickness. She would stay with me every night until I felt better again.

My first sleep over came out of utter necessity. I was in first grade and I had no friends at all. I don’t blame the other kids for not wanting to be friends with me. I didn’t make it easy. I spent recess wandering around the playground and asking everyone else history questions that they had no chance of knowing the answers to. For example, I might ask: “Who won the French and Indian war?” This was a trick question. The name would suggest that either the French or the Indians won the war but, in fact, it was the British. When whoever I questioned could not produce the correct answer I would walk away with a little ego trip, having assured myself that I knew more history than they did. All of this to say that it makes quite a bit of sense that I had very few friends in first grade. I remember crying to my mother about this fact. At first she comforted me; then she got from me that the one person I might possibly be friends with was Andy Menard. Right that very night my mother got on the phone and called Andy’s mom, setting up my first sleepover.

Andy Menard was always a profoundly comfortable person with himself and that made him a very comfortable person to be around. Lying in the dark at our sleepover, probably around 10 or 11, Andy explained why he still slept with stuffed animals in his bed. In the event of a burglar he believed that the stuffed animals would come alive to protect him. This was an intuition that I shared. This must have been one of my first experiences of deep connection with another person.

I remember middle school all-boy sleepovers being amusing exercises in groupthink. None of us were certain how we were supposed to feel about girls. Were we supposed to be attracted to them? Were we supposed to be annoyed by them? Both? None of us had ever kissed a girl, so all our conversations took place entirely in the hypothetical. We’d pose each other fantasy situations in which some girl from school would offer us—apparently young gigolos—astronomical sums of money to kiss her on the mouth. For example, someone would ask, “Daniel, would you kiss Susie Snowflake for $100?”($100 qualifies as an astronomical sum of money when you’re twelve). The customary response was to sigh and say, “Well, $100 is a lot of money...” and hesitantly concede that you would indeed submit to such an indignity. By high school, the sleepover had disappeared. We had transitioned from staying up all night talking about girls to staying up all night with them. In the end, we had needed no such monetary inducement to do so.

Here is a story that comes from my friend Isak. His father was very strict and when he was young, Isak and his brother had a drastically early bedtime. It was so early that they could hear the other kids playing outside without them. “The only thing that we could do,” Isak told me, “was play tennis.” Tennis? I thought. In their room? Isak explained to me that it was not tennis in its traditional sense. The type they played was dream tennis. Not being able to play in the physical world, they would convene in the dream world and play there. The only thing they had was sleep and so they turned sleep itself into a game. I liked the way that this story functioned in an alternate logic to the one that governed the real world. Apparently, when they woke up they always argued about who had won.

My sister did not sleep for a single moment the night before we buried my mother. Perhaps it was the stress of arranging the whole event that did it, but more likely it was the coffee cake she ate: my sister never drinks coffee and so it must have affected her quite intensely. My sister had accidentally held a vigil for her. In retrospect, some part of me wishes I’d done the same thing. I wish I’d taken the chance to sit vigil for my mother’s body in the same way that she’d sat vigil for mine when I was sick. Essentially, though, that’s what we do every time we stay up with another person. In our quiet way, attentively listening to one another’s aspirations, anxieties, and passing thoughts we hold our own vigils for one another. That is, perhaps, what’s so valuable about staying awake with someone.