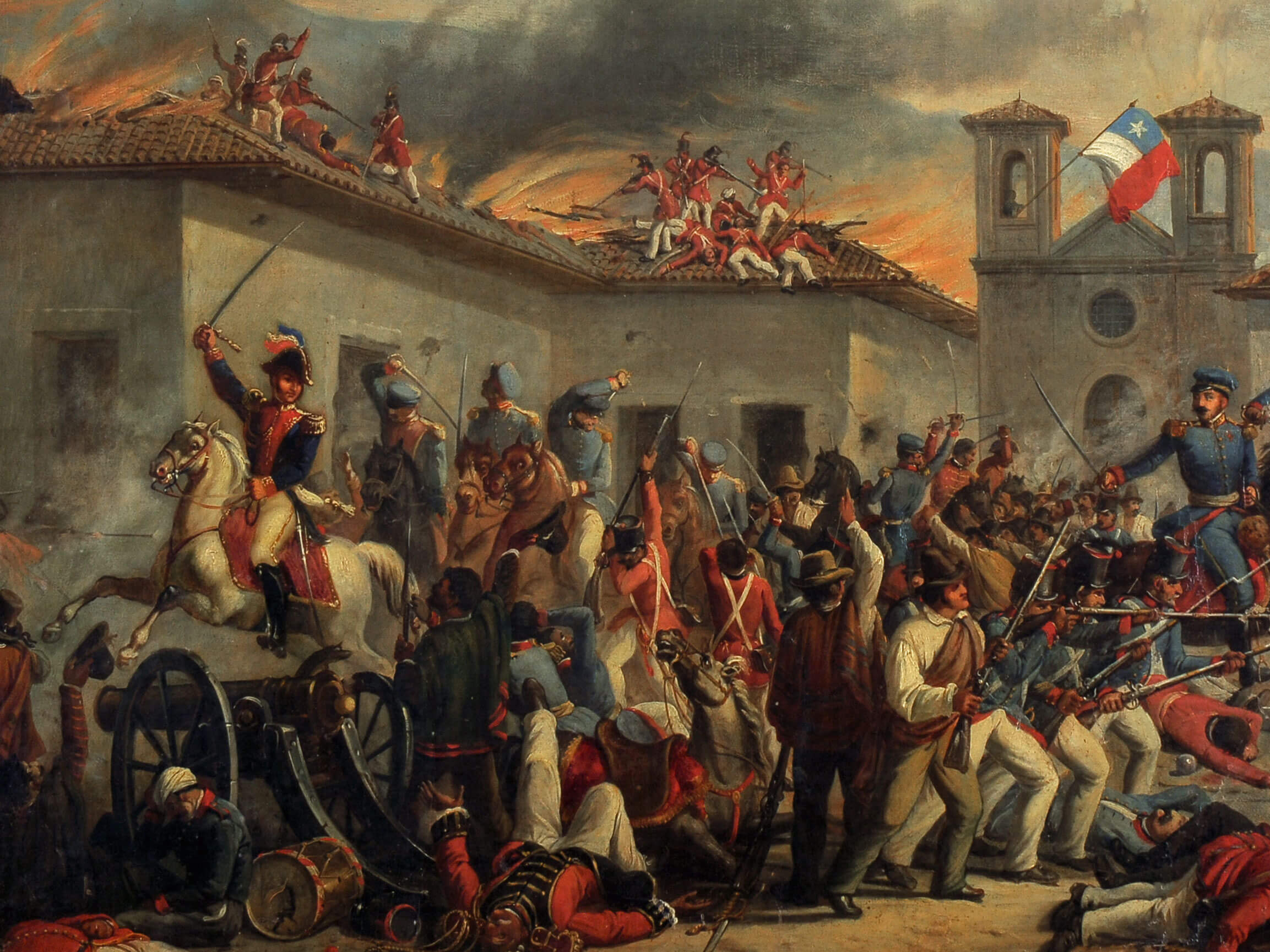 The streets were quiet, and somehow the Andes looked happy, even without their snow. Soon after the coronavirus lockdown, the air around them was clear and clean—they seemed to reach a little higher. They could breathe on March 24th, when a couple of condors landed on a high-rise apartment balcony to grab a bite from a grill, and a puma made its way down into Ñuñoa, and then another into La Reina, major boroughs of the city where Sonia and I had lived when Bachelet was first elected. A few cougars followed suit a week or so later. With Isabel we watched on the news as one of those lanky cats scampered around sleeping cars, crouched on an empty sidewalk staring up to calculate, and sprang about ten feet in the air to disappear over a wall. My wife looked at me and said, “we’re the virus—nature is trying to come back.” It is telling, maybe, that Covid-19 especially likes to stick to plastic, attacking with ardor one of our finest inventions.

As might be the case with Covid-19, perhaps 18-O is an act of self-regulation, an example of Sean Carroll’s Serengeti Rules, like the elephants who react hormonally to limit reproduction if there’s not enough food, or an otherwise hostile environment unfit for their calves. Things like decent salaries and pensions may be “keystone components” of a healthy society—too long without them triggers an instinctive, protective, and drastic systemic reaction. They may be part of the delicate, governing rhumba that rules life on this planet.

I believe that poetry is an action, ephemeral or solemn, in which there join as equal partners solitude and solidarity, emotion and action, the nearness to oneself, the nearness to mankind and to the secret manifestations of nature. And no less strongly I think that all this is sustained—man and his shadow, man and his conduct, man and his poetry—by an ever wider sense of community, by an effort which will forever bring together the reality and the dreams in us….

Chile is the most neoliberal country in Latin America (maybe the world), dating back to the so-called Chicago boys—Chilean economists who studied at the University of Chicago—from before Pinochet’s coup and through his subsequent reign. Today’s constitution was basically written by him. Though it has since been amended many times with democratic trappings, those amendments happened mostly at the pleasure of an exclusive group of neoliberals, keeping the country aligned with the interests of big corporations from around the world, like Wal-Mart, and against the interests of most Chilean workers. Claudia Heiss, a friend of my wife’s who sat on “La Comisión Técnica del Proceso Constituyente” in November to consider a new constitution after the protests, and who has written a best-selling book on what should and could happen now (Why Do We Need a New Constitution?), told me she thinks the most important thing to focus on is how the new constitution is created. The process, she said, “must be inclusive,” with input from all sorts of Chileans. A new constitution must reflect “democratic legitimacy,” she insisted, and foster an honest private/public relationship. According to that study of the streets by la Universidad de Desarrollo, there were, at first, very few calls for a new constitution. But that is one place where all of this has led. Chileans were supposed to vote on whether they wanted a new constitution in April, but the virus has scuttled that until October (Claudia thinks the referendum will pass, that the country will vote to replace that print of Pinochet). The team from la Universidad de Desarrollo plans to look at the streets again, over the next few months, to see if there is any new talk of the country’s way forward.

We lived through a bit of what led to the protests. My wife and I were both working full time in Santiago from 2006 to 2010, both well/over educated. I taught English at the university level and gave private language classes, and Sonia wrote for one of Chile’s main newspapers and a couple of popular magazines. But even in Ñuñoa, a decidedly middle-class borough, buying a decent home seemed to be out of reach. Buying a decent home and starting a family on our budget simply was. I kept hearing horror stories about colleagues and others trying to get their pitiable pensions after 30 or 40 years of work, and we weren’t sure what to do about health care. There are several reasons many people here live with their parents and grandparents: money is one of them. So even though skyscrapers and new apartment buildings were springing up everywhere in Santiago, I looked for work in the U.S. and took a job at a branch campus of Bowling Green State University in northwest Ohio, the state where I’m from.

During those early years at the foot of the Andes, I remember reading Roberto Bolaño’s By Night in Chile. There’s a description of “God’s keen falconers” and the narrator, Fr. Urrutia, tells us that, “it was clear to me that the dark bird circling over the church of St. Mary of Perpetual Suffering was a falcon and Fr. Pietro had mastered the art of falconry, and that was the method they were using to rid the old church of pigeons.” He watches as one of them “swooped on the huge flocks of starlings coming out of the west like swarms of flies, darkening the sky with their erratic fluttering, and after a few minutes the fluttering of the starlings was bloodied, scattered and bloodied….” At another point he describes a falcon “perched on a gilded pipe at the top of the organ, and kneeling there in the church listening to the word of God, I could sometimes feel the falcon’s gaze on the nape of my neck, his staring eyes, and it distracted me….”  The metaphor of those winged predators in that book—symbols of Pinochet’s gruesome predation and Opus Dei’s complicity—feels oddly appropriate today in the country’s merciless capitalism. In December, I noticed, some entrepreneurs saw a chance to make some money and promoted Post-Protest tours “to experience the revolution” throughout Santiago. The “Post” part, of course, was a promotional lie. Post has yet to come. And when the coronavirus hit, it was common to pay triple the price for a bottle of Clorox, just as a sea of people lost their jobs, struggled to buy food, and needed something like Clorox to help them stay healthy (as far as I know, though, President Piñera has not suggested ingesting such cleaners to combat Covid-19).

Rodrigo Jordan, the only occidental mountain climber who has scaled all three faces of Mt. Everest, leads Chile’s Nuevo Pacto Social, a group of some 750 civic organizations hoping to mend Chile’s crumpled social structure. He has said that since there are so many different perspectives and experiences that make up his very long, thin country, Chileans are going to have to learn to live in disagreement to find some balance for the common good (a common good that includes just under 20 million people, about the same size as the state of New York). The principal problem, he says, is the top two percent who own most of the country is totally isolated from everyone else. The disconnect has become so extreme over recent decades that people finally ran out of patience, and a raise in metro fare blew the lid. Jordan unequivocally condemns the violence, but says some have turned to it out of desperation, and that needs to be understood. He points to another kind of violence, a structural violence, that kids and young adults have grown up in all over the country. He recalls his own conversations with executives who say they agree that workers’ salaries and pensions are miserable, but never do anything about it; he points to Congress which announces and approves a cut in its own pay that never quite happens. What he describes reminds me a bit of Martin Luther King’s searing explanation that when you’ve heard the word “Wait” for far too long you come to understand that it really means “Never”, and then you must decide what to do. Jordan also believes the police must be reformed and that the state should compensate those who have lost an eye or suffered human rights abuses during the protests. He is optimistic for positive change, and he sees a peaceful solution, or at least he hopes for one.

The First Words: One