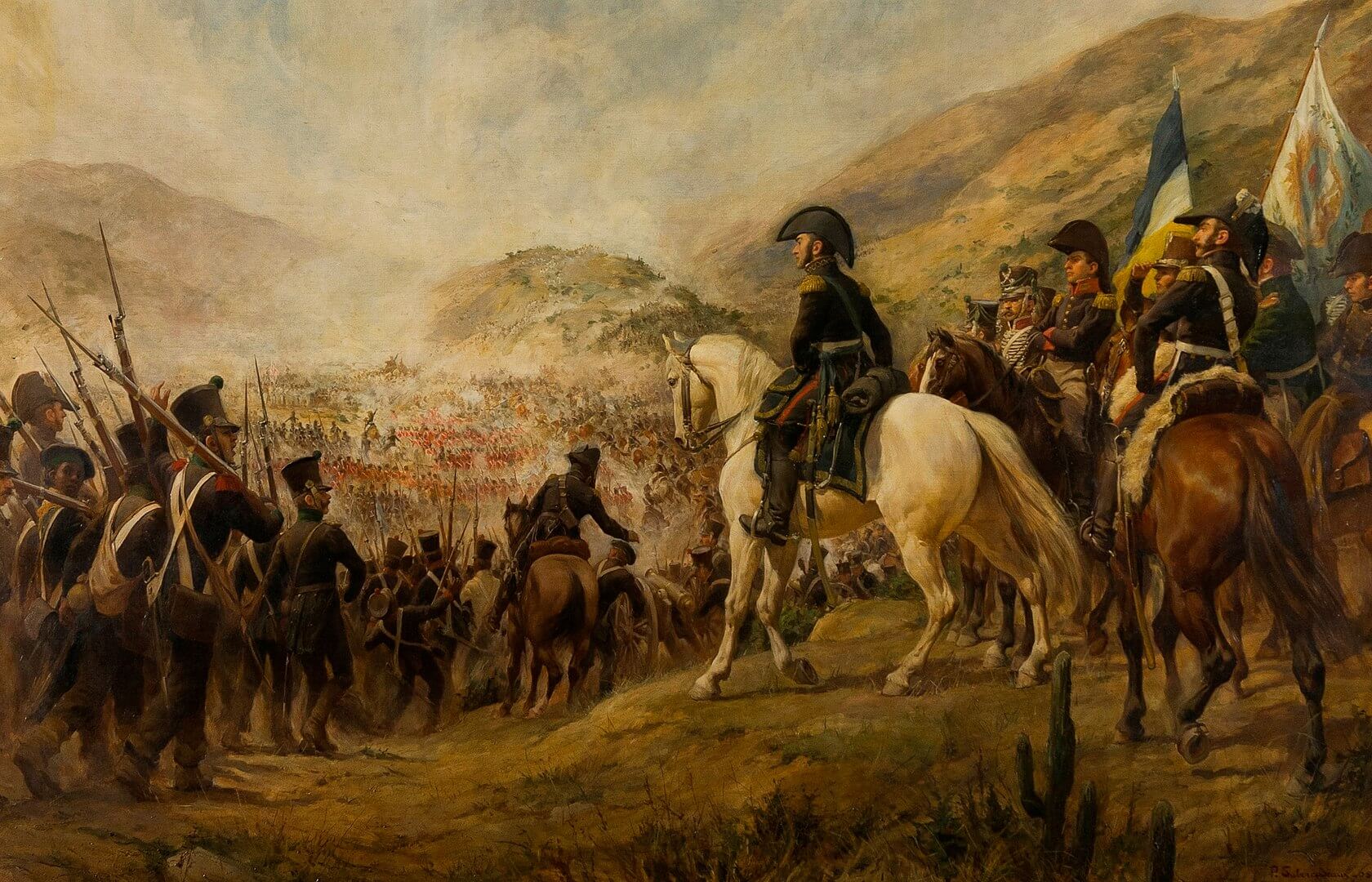 After some help from strangers near the peak of their crossing, Neruda says, This I remember well, that when we sought to give the mountain dwellers a few coins in gratitude for their songs, for the food, for the thermal waters, for giving us lodging and beds, I would say for the unexpected refuge that came to us on our journey, our offering was rejected out of hand. They had been of service, nothing more. In this taciturn "nothing more,” there were hidden many things that were simply understood, perhaps a recognition, perhaps the very stuff of dreams.

On the pandemic, professor Michael J. Sandel says that Covid-19 has forced us to consider a basic, neglected question: “What do we owe one another as citizens?” To answer “requires deliberating as democratic citizens about what constitutes a contribution to the common good, and how such contributions should be rewarded — without assuming that markets can decide these questions on their own.” When moving, managing, and making money are prioritized and hailed above all, and when such a culture leads to disdain for those who haven’t “made it” by the self-congratulatory few at the “top,” we’re left with a vast majority of people who receive little compensation or regard for what they do or who they are. This pandemic, says Sandel, offers us a chance to build on the notions and acts of solidarity now evident for a more equitable future. On reopening the economy, he suggests “The real question is not when but what: What kind of economy will emerge from the crisis?” As Rodrigo Jordan spoke of the protests in Chile, Sandel says of the U.S. and the virus that it’s up to us “to ask whether reopening the economy means going back to a system that, over the past four decades, pulled us apart, or whether we can emerge from this crisis with an economy that enables us to say, and to believe, that we are all in this together.”

In his book Big Bang: Estallido Social 2019, Chilean sociologist Alberto Mayol writes that Chileans are all in it together in the sense that “we are all complicit when it comes to social order,” complicit in this moment’s concurrent renewal and obliteration, responsible in one way or another. He begins his assessment by stating “The hero in this story doesn’t exist. Something exploded/broke out/sprang up and something collapsed. Both things are the same thing…. It’s the big bang, chaos and creation at the same time.” He says an amorphous momentum has captured the country, with the epicenter in the capital. Among many examples, he points to one sign from the street, a tall blackboard slightly inclined on a sidewalk that reads, “We are worse, but we are better, because before we were well, but it was a lie. Not like now, where we are not well, but it’s TRUE.” I have heard this perspective myself from different Chileans, that despite the violence and ugliness, the country is at least now facing a well-known fact, an unsustainable truth that was napping just below all the busy cafes and fancy new buildings. And there are so many things that are wrong, from water rights and education to health care, pensions, transportation, salaries, and housing, that “The Big Bang is a radical questioning of society overall” rather than a reaction to a few clearly defined abuses. It’s a drastic “fracture that springs from an endless list which can’t be dissected,” and thrives as a primal, overwhelming force. Mayol notes that the blackboard on the sidewalk “doesn’t have a list of demands, it doesn’t make a single demand.” Like so many other examples, “it’s just the explicitation of energy.”

Chilean writer Eugenio Tironi says that while we are still in the middle of the rebellion, it’s not too early to try to draw some conclusions, or learn some lessons. In a sense like Mayol, though, he warns there is no “coherent story here” that you can systematically disentangle to “test an all-encompassing thesis.” He compares these protests to Chernobyl, or suggests, really, that what produced that disaster and its aftermath applies as well to Chile today—deny at first that there’s a problem, provide false assurances, blame someone else, etc., while precious time required to fix the real trouble is lost. The epigraph for his book Overflow: Signs and Lessons from 18-O comes from Svetlana Alexiévich: “Chernobyl is an enigma that we still need to decipher. A sign we don’t know how to read…. A challenge for our time.” The premise of Overflow comes from French philosopher Bruno Latour, and one thing that all overflow crises have in common is that they take us by surprise and “quickly, what seemed true, real, and stable no longer is.” They can’t be seen and dealt with as anomalies; “Overflows are like traumas: they can be managed but they can’t be suppressed.” Tironi says Chile must first believe in the resilience of its people and communities, businesses and foundational institutions. He adds, as we hear all the time now about the pandemic, that there will be no quick return to “normal,” as normal has yet to be redefined. Pay close attention to the working class—they will be the protagonists, he says, in creating “the conditions in order to advance towards a new normal.” As Claudia Heiss suggested, there has to be a “horizontal dialogue” in which different voices are heard, and unjust privileges of every kind must be identified and addressed: “18-O teaches,” Tironi says, “that the sentiment that others enjoy unearned privileges is much more irritating than feeling a dearth of opportunities” (e.g. El Que Baile, Pasa). And at every level, the country must come to value a new kind of leadership, one that knows how “to appreciate doubt” and to value failure and uncertainty, “instead of denying uncertainty. One that accepts complexity and rejects reductionism….”

Tironi’s take on the protests in Chile offers a lesson for the United States as well. As it lives through and starts to emerge from the pandemic, it’s not a stretch to imagine streets across the U. S. looking like scenes from 18-O. In an interview with Frank Bruni, epidemic expert Laurie Garrett says that if the few falcons who own almost everything already come out of this crisis flying even higher, much of the country could end up thinking “Oh my God, it’s not just that everyone I love is unemployed or underemployed and can’t make their maintenance or their mortgage payments or their rent payments, but now all of a sudden those jerks” hop on their “private personal jets and they own an island that they go to and they don’t care whether or not our streets are safe, then I think we could have massive political disruption.” She adds, “Just as we come out of our holes and see what 25 percent unemployment looks like,…we may also see what collective rage looks like.” It looks like Plaza Italia in Santiago near the end of October, 2019.

I say that I do not know, after so many years, whether the lessons I learned when I crossed a daunting river, when I danced around the skull of an ox, when I bathed my body in the cleansing water from the topmost heights—I do not know whether these lessons welled forth from me so as to be imparted to many others, or whether it was all a message sent to me by others as a demand or an accusation.

The protests preceded the virus by just a few months, and now they march through the country together. All over the world, protesters desperate for action on climate change and fiscal injustice seemed almost mystically to prompt the coronavirus as a grotesquely emphatic event, announcing that the earth, and most of those on it, had had enough (in record time, for example, it succeeded in closing oil wells and refineries across the U.S., an industry that had just been on a tear the last three years to become the “biggest petroleum producer in the world for the first time in decades”). Covid-19, some have argued, sprang as itself a protest by other animals for the way we have treated them (a minor victory along these lines must have been the closure of the Smithfield pork processing plants in S. Dakota, Illinois, Wisconsin, and Missouri). Across the centuries plagues have redefined the world, and this one will likely do so as well.

In particular, pandemics have often tipped the balance of labor relations—as fewer workers were able to demand higher wages and better conditions—but it depended on the place, who was in charge, and what policies were imposed and enforced. Workers and peasants were arguably more successful during such outbreaks in Western Europe than in Eastern Europe or the Middle East, and we can see some of those results today. While our century’s coronavirus won’t tip the scales as dramatically for several reasons, historian Walter Scheidel says a basic truth remains: “The impact of any pandemic goes well beyond lives lost and commerce curtailed. Today, America faces a fundamental choice between defending the status quo and embracing progressive change. The current crisis could prompt redistributive reforms akin to those triggered by the Great Depression and World War II, unless entrenched interests prove too powerful to overcome.” His words apply as well to the protests in Chile, and those entrenched interests—however resilient—now face the crisis of 18-O enflamed by Covid-19.

There is no insurmountable solitude. All paths lead to the same goal: to convey to others what we are. And we must pass through solitude and difficulty, isolation and silence, in order to reach forth to the enchanted place where we can dance our clumsy dance and sing our sorrowful song, but in this dance or in this song there are fulfilled the most ancient rites of our conscience in the awareness of being human and of believing in a common destiny. Throughout his speech, Neruda highlights impressions of a human family, a common cause and destination braced with the pronouns “we” and “our.” On Easter Sunday, 2020, Pope Francis (who hails from across those same mountains Neruda faced) drew upon a similar image, saying the coronavirus is “testing our whole human family.” He offered “the contagion of hope,” and he spoke of working “actively for the common good” and giving everyone the ability “to lead a dignified life.” But all these notions of unity face a world of meritocracy, neoliberalism, and forms of the Reagan/Thatcher falconry that has spurred disparate but connected upheavals like 18-O, Brexit, and the elevation of Donald Trump’s tanning bed to the White House.

Margaret Thatcher once declared, “There’s no such thing as society. There are individual men and women and there are families.” In that dominant and carefully crafted narrative, Chile has done extremely well over the last few decades; Santiago has been called South America’s London, or New York. But as Zadie Smith has pointed out, “…progress is never permanent, will always be threatened, must be redoubled, restated, and reimagined if it is to survive.” A ferocious rebuke of its progress from the streets of Chile, from the writing on the walls, quite literally, still rings high in the air.