For a place under the sun
|
Vasiliki Poula 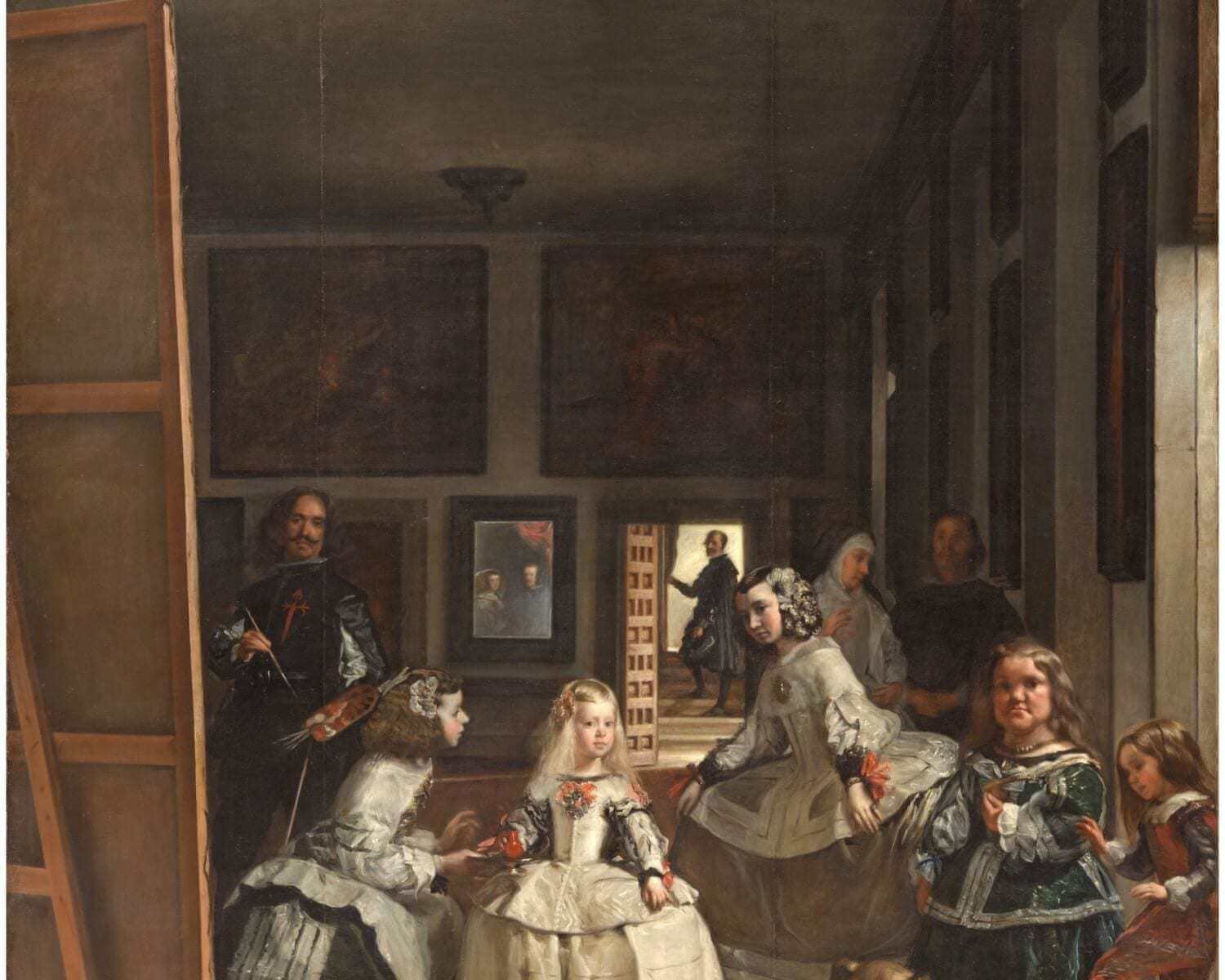 Exploring the lives or the work of many artistic figures, the fear of their womb of thought becoming a tomb seems to torment them. This might seem paradoxical given the intuitive association of art with originality and the belief that the latter is an intrinsic trait of the former. Instead, this self-evident thought is transmuted as an esoteric angst, an internalised mission.

Strolling through the corridors of the Museo Nacional Del Prado, such thoughts compelled me, as I could see entire generations of painters being confronted with old masters, sometimes entrapping themselves into a state of stagnation, making the viewer truly wonder why they did not become victims of oblivion, convicted by the harsh judge that time can be, yet other times creating true breakthroughs. And those same artists that considered themselves pupils, they would become masterful teachers for the younger generations, which in turn sought for their own artistic parents, to challenge and to be guided by. In the core of this multi-generational discourse, the effort to create a unique tile for the mosaic that we perceive as the corpus of art.

When reaching the twelfth room of the Prado, the visitor gets to stand against ‘Las Meninas’, by Diego Velasquez. An enigmatic group portrait of sorts, the painting is populated by an odd cast of characters, including a princess, a nun, a dwarf, and the Baroque artist himself. A stark divergence from traditional royal portraiture, in the sense that it packs in a wealth of action, as well as a daring rejection of the rules of perspective.

To try to put the feeling I had when looking at the painting might be a lost cause – it is not that words are imperfect, or that, when confronted by the visible, they prove insuperably inadequate. Neither can they be reduced to the other’s terms: it is in vain that we say what we see, simply because what we see never resides in what we say.

But one thing that intrigued me was the presence of the artist himself in the canvas. The painter is looking, his face turned slightly and his head leaning towards one shoulder. He is staring at a point to which, even though it is invisible, we, the spectators, can easily assign an object, since it is we, ourselves, who are that point: our bodies, our faces, our eyes. The spectacle he is observing is thus doubly invisible: first, because it is not represented within the space of the painting, and, second, because it is situated precisely in that blind point, in that essential hiding-place into which our gaze disappears from ourselves at the moment of our actual looking. And yet, how could we fail to see that invisibility, there in front of our eyes, since it has its own perceptible equivalent, its sealed-in figure, in the painting itself? We could, in effect, guess what it is the painter is looking at if it were possible for us to glance for a moment at the canvas he is working on; but all we can see of that canvas is its texture, the horizontal and vertical bars of the stretcher, and the obliquely rising foot of the easel.

The painter is turning his eyes towards us only in so far as we happen to occupy the same position as his subject. We, the spectators, are an additional factor. Though greeted by that gaze, we are also dismissed by it, replaced by that which was always there before we were: the model itself. But, inversely, the painter’s gaze, addressed to the void confronting him outside the picture, accepts as many models as there are spectators; in this precise but neutral place, the observer and the observed take part in a ceaseless exchange. No gaze is stable, or rather in the neutral furrow of the gaze piercing at a right angle through the canvas, subject and object, the spectator and the model, reverse their roles infinity. And here the great canvas with its back to us on the extreme left of the picture exercises its second function: stubbornly invisible, it prevents the relation of these gazes from ever being discoverable or definitely established. The opaque fixity that it establishes on one side renders forever unstable the play of metamorphoses established in the centre between spectator and model. Because we can see only that reverse side, we do not know who we are, or what we are doing. Seen or seeing?

Las Meninas was first viewed by Pablo Picasso when he was fourteen years old. When Picasso started to produce serious reproductions of Velázquez´s work, he was seventy-five years old. The fame of his earlier works made him seem like a shooting start by that age, with contemporaries accusing him of losing his touch, of having left his best years behind. After all, it is far from rare for the late works of great masters to come about at the period style of a subsequent generation, towering over the flow of history as solitudes, inaccessible to the context of time.

But Picasso still had something to prove and he decided that in order for it to be a solid and admirable proof, he should not just compare with himself, but with the masterpiece of the most celebrated Spanish painter of all times; he set out to re-interpret the lighting and perspective of Velasquez, by making the piece contextual to his style, analytical cubism, by owning the piece.

In his own words: 'If anyone were to try and copy Las Meninas in complete good faith, and for example got to a certain point – and if I were the copier – would say to myself, "and if I just put this a little more to the right or left?". I would try to do it in my own way, forgetting about Velázquez. The challenge would surely make me modify or change the light, due to having changed the position of a character. In this way, little by little, I would paint Meninas who would seem detestable to a pure copyist – they would not be what he thought he saw on Velázquez’s canvas, but they would be my Meninas.’

Yet, there was a certain reverence in the process – he was so committed to analyzing Velázquez’s inspiring masterpiece from the Spanish Golden Age of art, that he undertook 57 explorations, in 1957, before creating his final 6 feet by 9 feet masterpiece that is now known as Picasso’s version of Las Meninas and can be experienced at the Picasso Museum in Barcelona.

His angst is prevalent both in the variations, as well as in his final piece.

By examining these variations in detail (especially the imagery containing the infanta) a central theme arises – innocence. Innocence is one of those weird catch-all phrases that defies interpretation, one of those words that you think you can define, but you really do not – it entails concepts such as guiltlessness, freedom from guile, cunning or deceit, from morally wrong. 75-year-old Picasso dealing with the theme of innocence, of purity – he needed to preserve his notion of the infanta on the canvas, this would be his legacy, as it could never grow old unlike its flawed creator.

In Guernica, he had already painted for the survival of the world, now in the final piece of Las Meninas, he painted for the survival of a man. He chooses a grey scale color palate that is so bleak, it forces viewers to contemplate and reflect on another level enthralled by the painter, himself, situated on the left. Of all the figures in the work, the one that replaced Velazquez’s self-portrait is the largest and the most chaotic.

The largest, because Picasso managed to show his artistic genius, by creating something intriguing, despite him ‘copying’ another painting, despite him limiting his palette. As if he tries to become a David, getting rid of any redundant methods, merely letting his pure artistic competence to shine, against the Goliath that the canon is.

The most chaotic, as he desperately needs others to realise that. Or because, he was still not satisfied, not in a Median way, but in the profoundly human way, of the person that sees death coming and is afraid of having spent a life devoid of meaning.