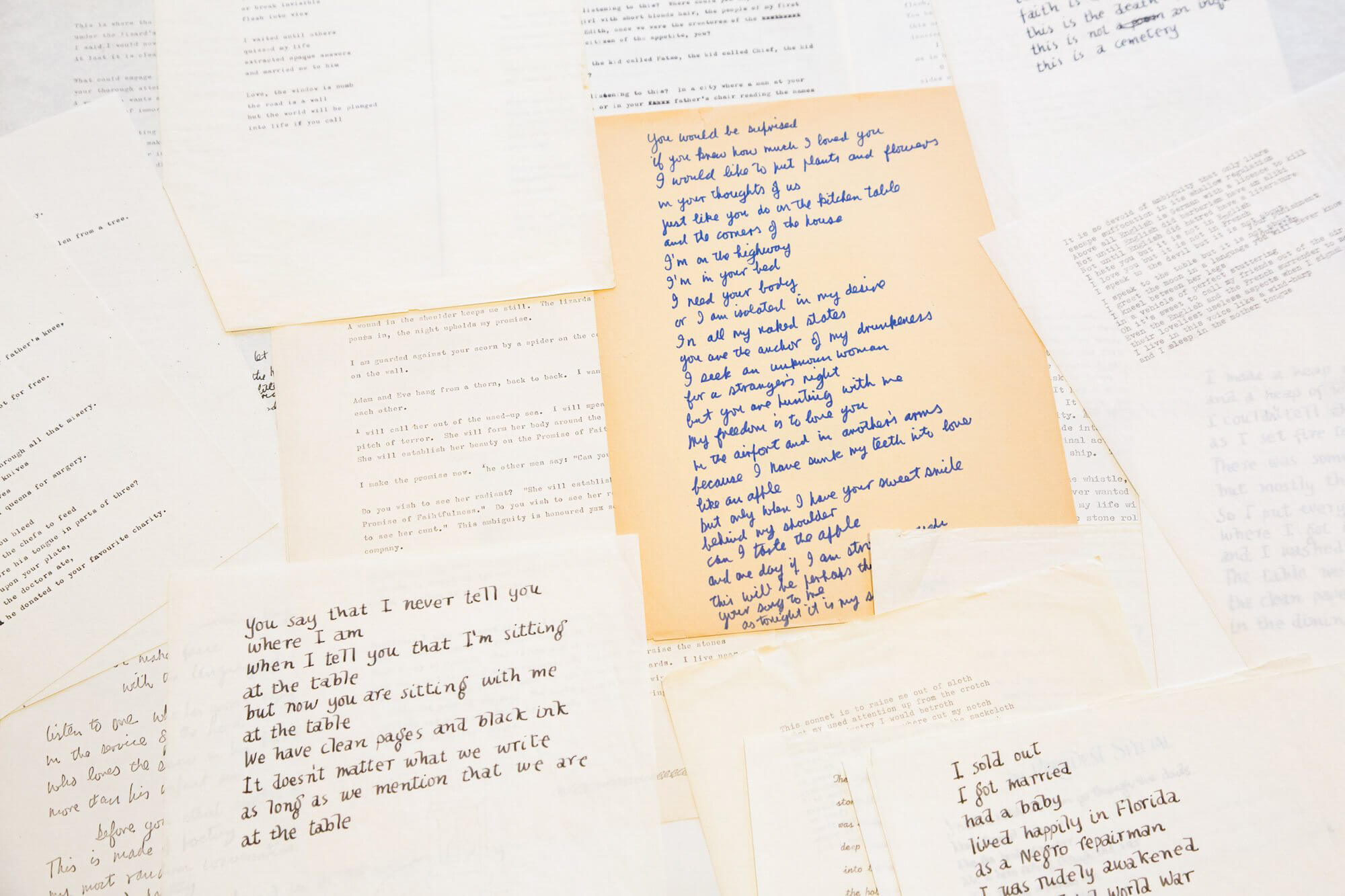 Reading the pages in which Borges goes over the traditions of time, I decided to learn about the work of one Carlos Bruno, of whom he talked in some passages. The fame of this artist has not yet known critical acclaim: he did not exhibit a single painting, and just one was discovered during and after his existence.

Then I was struck by the memory of a Bruno left at my old house in San Isidro, now functioning as a depository of past glories. Every time I went up the stairs, there it hung; 20 years walking by the portrait of that mysterious lady I later learned was my great grandmother, Fita, in her study holding a book. When I moved out, I left the artwork and took nothing but books; the obscurity of the painter signified little or nothing. Now I recalled the signature sharp B in a lower corner. I went there, and validated the intuition with the caption on the back of the painting. I decided to find more about this man.

Borges does not describe the paintings as visual objects, but rather alludes to Bruno’s attempt. Perhaps his advancing blindness had taken away the chance of seeing the painting, or maybe he did not even look at the painting, for it was probably never shown. Nonetheless, I believe he was interested in something else.

Some say words fail to describe a trace, or a cloud, and that a couple of them are too much for describing a urinal. That doesn’t matter to me now, and with inflated pride, here I place the paragraphs that my great grandfather, the poet Jorge Oliden, related about his first encounter with Bruno:

In September, 18... I was accompanied Mercedes to meet a friend of hers, Blanca, at a house in the centre of Belgrano, by the Round Church. Mecha was reserved towards her friend during the twenty minutes that the meeting lasted, and uncomfortable and silent I slid into the adjacent room: an unfurnished chamber with an easel bearing a completed canvas. The painting presented a sort of disorder to my eyes, a mosaic of casualties and windows into other scenes, distant in space, all demanding simultaneous attention. My confusion was total, and I was possessed in front of the canvas when the artist, Carlos himself, crossed the threshold and came to the estrel. Given the attitude of his movements, he seemed a beaten man. He asked me what I thought about the painting, and I answered, “ It’s innovative, entangled.” I asked him for the title of the work, and he, embarrassed, expressed it still needed a great deal of work, and that only after he’d finished would he be able to choose a proper title for it. Just one word, but he could not imagine which one it would be. A secret word, he said.  “I see,” I answered, to avoid falling into silence, and glance again at the canvas, this time with more committed scrutiny. It was a wonderful oil. At the centre of the picture was a Madonna, with a blue eyed boy on her lap, the image of heartwarming tranquility, under the vigil of a guardian dog looking back to them. Its features were canine, but behind its whiskers a subtle human smile accompanied by a charming peeping tongue. On its soft snout, a dove of white feathers and flaming eyes posed and sang, harmonizing its chirp with the fife of the wind, I felt. The dog with relaxed ears was lying down, and attentively checking every once in a while the entrance, ready to protect the child and pale mother against anyone who dared trespass. Then the dog would bark and the dove would fly, searching uselessly for a nest until the dog rested its belly back on the ground.

In the painting various women were represented; women of an indescribable beauty. They stood as if wanting to undress the poor mortal who dared lay eyes on them, and a tame and fragile voice seemed to emerge as they waved their fingers in shy gratitude. From those twelve ladies, a mist seemed to emanate, like a column and yet almost undetectable as it dissolved in the winds of time.

Also represented were a double herd of wild horses and male tigers (some of them bengals), which conveyed a most joyous feeling of freedom as they dodged trees, jumped wired fences and waded into rivers seeking the horizon. The tigers were about to pounce on the horses in an outburst of ferocity natural to the species, but ended up mixing up with the horses and running with them, shrouded in dust and sun, without any sign of trepidation or fury.

An enormous tiger lay sleeping, and beside him two horses, also in peace. Their manes sprouting from their muscular necks, were dark as hollow shadows, cleverly contrasted with the finesse of their striped companion. Soon they would join the infinite line that was escaping in full view.

Also in the painting I noticed male nurses, with their characteristic thermometer and stethoscope, standing by a bed on which an old man lay. Near them a crowd was gathered, in which I saw Blanca Bruno and her young brother behind her, memorializing the scene in his sketchbook. His pencil was dark wood and I perceived it unbreakable. Behind him stood Tintoretto, I think, for his long beard and sunken eyes. The young boy’s sketch portrayed the scene in a circular labyrinth. On the opposite side of the room, two young men stood in threatening attitude, one with a timepiece, and the other one with a cursed knife.

I also noticed a large library with marble walls. Each wall was furnished with five bookshelves; each bookshelf held thirty-two books identical in format; each book contained four hundred and ten pages; each page, forty lines; each line, approximately eighty black letters. We see Bruno the child choosing an edition of Boethius’ “De consolatione philosophiae”, edited by Fashundu, and then we see him again grabbing from an upper shelf a first edition of Santiago’s “Map of Military Choreographies”. At the threshold of the entrance stood his sister Blanca, glimpsing curious the singularity that her younger brother was beginning to unfold.

In another part of the picture lay a harbor safe and beautiful although somewhat gloomy. It was more castle than dock, but out of its mouth galleons were expelled, making their way through the tempestuous rhythmic waves. Some whales jumped over the sea, took a breath, then turned into living steamers, while beneath them a coffin spilled gold ancient sea ghosts. At the shore, Bruno’s figure stood, extending a fishing net.

There was a handsome rider accompanied by a fat lad sitting on a donkey. The man on the horse was again Carlos Bruno, and floated as if his animal were Pegasus. He was wielding a brush like a dagger, while his other arm, his left one, held the shield of Heracles (a thousand tomes couldn’t describe what was represented on that shield). The horse flew at the speed of thought and its head disappeared among the clouds, advancing towards the eyes of a flame-vomiting dragon, while the man on the donkey did his best to reach his friend by land. A tear rolled down the winged hero’s brow.

Two rivers, which I understood to be the Tigris and Euphrates, surrounded a group of threshers and peasants.  Nearby, two columns of salty water rose, and through them a barefoot Hebrew passed, while on the opposite shore, an amphitheatre had Oedipus with bloodied eyesockets begging for banishment. I saw a hill and three crosses. In the distance, Julius Caesar crossed the Rubicon to Napoleon who caressed the dewy grass, mumbling words that Hugo would later repeat. Lightning struck the centre of the ocean. A snail climbed a thorn. Farther yet, a nascent sun.

I had not finished scrutinizing all corners of the painting when Bruno grabbed the canvas. He moved to the shadow of a nook, limping desperately (he was lame in both feet), and ascribed the technical flaws to a lack of time. He told me he had painted everything in his memory, hoping some kind of sense would eventually coalesce. I said I did not observe any serious fault, and excused myself. In the living room, I saw Blanca’s face. I remarked to Mercedes I had to leave urgently and departed without decorum.

No original works were found of Bruno’s, just his tools and the portrait of my great grandmother. The history of the artist was built in a fragmented manner, compiled from correspondence with friends and the personal notebooks that a historian had collected in the anthology of supposedly extraordinary creole biographies. The pages that memorize Carlos Bruno’s last nights (a mixture of correspondence and personal diary) reveal a battered mood resulting from of a throat infection and something else:

The doctor has come, and left word that rest is necessary to avoid rushing the end.

Blanca, do not let them lie and ascribe my suffering to a winter-struck larynx! It was the unending trace of time, and my right hand, that toppled me.

The Garden of Love