Both the Prickles and the Cold
|
Daniel Olivieri 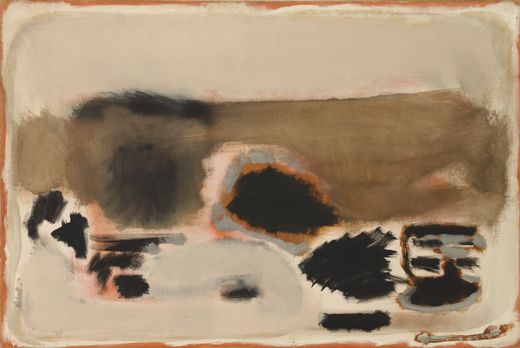 My friend Armaan used to mention an allegory which compared humans to hedgehogs in winter. The hedgehogs don’t want to get near each other because they each want to avoid getting pricked by one another’s prickles. However, if they stay apart they’ll die from the cold. Their strategy is to very carefully move close to one another so as to avoid both the pain of each other’s prickles and also the certain death of the world’s cold. This, the allegory holds, is the human condition. We want to avoid the cold desperation of being lonely, but we also want to avoid the prickly pain of being with other people.

Let me get specific.

Here are the prickles: as a young man, my father once confided a few of his insecurities to a colleague during a long drive. After they arrived, that same colleague proved how attentively he'd been listening by using those insecurities to make fun of my father in front of their coworkers. "That's awful," I said when he told me that. I half hoped he'd say that it really wasn't so bad. Instead he said, "Yeah, it was."

In “The Lady with the Lapdog” our main character, Dimitri Gurov, has been keeping his love affair with the titular woman a secret. After holding it in for so long, Gurov finally reveals his secret to a friend as they part after dinner. The friend responds by saying, “You were quite right, you know — the sturgeon was a little off.” It’s easy to imagine how dejected Gurov must have felt to have revealed something that mattered so much to him only to have his friend ignore the secret entirely.

This is the cold: I saw a Humans of New York interview once where a man talked about how he had no friends, no one to talk to at all. "I pay a lot of money for a phone that hardly ever rings,” he said.

In Dostoyevski’s Notes from the Underground, the Underground Man is so lonely that he contemplates getting in a fight just to have some level of human interaction:

“One night as I was passing a tavern I saw through a lighted window some gentlemen fighting with billiard cues, and saw one of them thrown out of the window. At other times I should have felt very much disgusted, but I was in such a mood at the time, that I actually envied the gentleman thrown out of the window--and I envied him so much that I even went into the tavern and into the billiard-room. ‘Perhaps,’ I thought, ‘I'll have a fight, too, and they'll throw me out of the window.’”

In most cases, however, our struggles to connect aren’t quite this dramatic. For example, my friend Carson and I have a concept we refer to as “the protected songs list.” We’ve noticed that each of us have certain songs that are so dear to us, so enmeshed in our network of associations, that we refuse to share them with other people. Playing the song for someone else would open it up to judgment. Even faint praise would be damning. If they offer anything less than complete understanding and love for it, you'll feel that you've made a mistake. The memory of their distaste for the song will somehow be present the next time you listen to it. They will be there looking down from the balcony of your mind, judging you.

Here we arrive at the Khori Nor diamond I've inlaid into this essay. I say that because I have just as little right to claim these words as the British royalty has to count that diamond among its crown jewels. Why? Because it’s a quote I didn't write from a story I've never read by an author I don’t even especially like. Even so, I think it belongs here because I think it captures the crux of this essay better than the essay itself could manage to on its own. Please be gentle with it, it's high up there on my "Protected Quotes" list. It comes from “The Body” by Stephen King.

“The most important things are the hardest things to say. They are things you get ashamed of, because words make them smaller. When they were in your head they were limitless; but when they come out they seem to be no bigger than normal things. But that's not all. The most important things lie too close to wherever your secret heart is buried; they are clues that could guide your enemies to a prize they would love to steal. It's hard and painful for you to talk about these things ... and then people just look at you strangely. They haven't understood what you've said at all, or why you almost cried while you were saying it.”

Here we find that same Scylla and Charybdis. The question is, how do you manage to get around this fundamental problem of human interaction? How do you dodge both the prickles and the cold? Here is one, somewhat extreme, way I have managed to do it.

I was planning to write something down and my friend Carson was standing across the room telling me it couldn't be done. "It seems like you can do it," he told me, "but it'll be way harder than you expect." It's worth noting that Carson and I were on psilocybic mushrooms at the time. With great care, I picked up my pen and began to write something down. Discovering this to be possible, I kept on going. I became the stenographer of the trip. Over the next few hours or so, I would fill about half of the notebook, writing only on the recto side of each page. Every time I finished putting down a phrase, I found myself quite dissatisfied with it. Each scribble looked like it had not been written by me, but by a drug-addled maniac. Yes, I concede that I was indeed drug-addled at the time. The term maniac, though, I could not accept. In this state of utter presence and clarity I felt less mania than I ever had before. If anything, it was the other Daniel Olivieri who was the maniac. It was he who walked through the world making mistakes left and right, always allowing stray thoughts to run roughshod over his consciousness. He was the poor guy I was trying to help out by writing this stuff down in the first place.

Earlier in the trip, I had considered not writing anything down from the trip at all. I worried that time spent writing would be wasted. I would be creating a wild tome that my future self would never go back to. Then I remembered, with something approaching euphoria, that I was exactly the type of person who reads the notes that he leaves himself. Rereading the bizarre thoughts I text to myself while high is one of my favorite pastimes. It was an unusual feeling to have forgotten such a fundamental aspect of my personality. However, this is one of the primary benefits of the drug. It allows you an extreme distance from yourself.

Another primary feature of the drug is its power to keep you in the moment. At the height of the trip, I was so focused on the present that I more or less forgot about the very concept of the past. I was only dimly aware that I had ever been alive before that particular afternoon. During that early segment of the trip, hanging out with my friend Carson in a kitchen seemed to be the sum total of my universe. There existed this room, that table, the snow collecting outside, the hunger now accumulating in my stomach, and that was about it. When I did finally recall that there was such a thing as a past, I related to it differently. Usually, I experience my memories through a tangle of emotions: I’ll regret the time I missed a concert of my favorite band Los Campesinos, I’ll remember with great joy my determination in 9th grade to either become friends with Carson or be his enemy, I’ll regret not asking out a girl I’d fallen for in college, I’ll remember with pride how I did shaving cream graffiti for my high school senior prank, I’ll regret not studying abroad in Italy. In general, I do a lot of regretting. That was part of why I wanted to take this trip: to deal a death blow to my tendency to mope about the past.

The ingenious thing about the drug is that it doesn’t mess with your memories; it just detaches you from them. I still had them conveniently packaged right there in my mind, but I felt that they said little about my present self. I remembered my own past mistakes in much the same way that I would remember the assassination of Archduke Ferdinand or the Bay of Pigs fiasco. Each of these things had been bad, but none of them were especially connected to me.

With this new sensation of distance from my emotions I realized that I could do something far more ground breaking than writing my regrets down: I could say them out loud. “I wish that I were dating someone,” I told Carson. And just like that, the words left my head and were out there in the room, like the granite kitchen counter, like the microwave, like the dog Sochi laying by the door.

“How long have you wanted that?”

“Years?” he said in total surprise. “Why haven’t you told me about that sooner?”

“Well, I was worried you’d judge me for it.”

“What?” he said, “Not at all.” He spoke those words with a casual levity that made me certain he was telling the truth. In all the years I’d been too embarrassed to talk about my romantic problems, it had never even crossed his mind to judge me for that. In the end, it wasn’t psilocybin that would help me get past my regrets and avoid them in the future. It was Carson. I won’t tell you the things he confided in me, but I will tell you this: between the two of us we managed to dodge both the prickles and the cold. It turns out neither of us ever had all that many prickles to begin with.