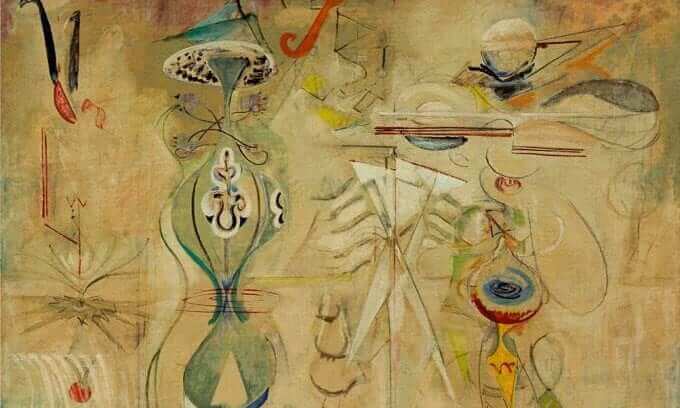 The Danger of Author Photos and the Pleasure of TSA Inspections

Reading  is such an intimate thing. The right writer will lead you, sentence by sentence, down the back alleys of their minds, pointing out every monument, every cemetery, every nook and cranny of their personality. Exhibit A: James Baldwin confessing about his father, “When he was dead I realized that I had hardly ever spoken to him. When he had been dead a long time I began to wish I had.” Exhibit B: Nicholson Baker registering the complaint, “That was the problem with reading: you always had to pick up again at the very thing that had made you stop reading the day before.”

This mediated closeness makes the author photo a dangerous thing. The primary magic of personal writing is the ability to get deep into the mind of a complete stranger, but seeing their picture often reverses the spell. This reversal happens because the photograph forces you to comprehend them not as a complex of ideas and associations but as a body. Sometimes this is a good thing. James Baldwin, for example. Pictures of him in the back of books don’t seem like an addendum to the text, but an extension of it. The same tragedies and wonders you read in his work, you can read again in the lines on his face, in the direction he casts his eyes, in the particular way he holds a cigarette. Not every author can be a Baldwin, though. With some you run the risk of discovering that the author looks so ridiculous that you can’t help but re-examine everything they’ve written. When this happens, nine times out of ten, the culprit is facial hair. Take Thoreau. It’s hard to believe that a single head could contain such a wise mind at one end and such a ridiculous beard at the other. George RR Martin is a lesser felon. He looks like a Santa Claus who lost the toy workshop to Mrs. Claus in the divorce.

There is also another, more subtle danger to the author photo. This one occurs when the portrait looks too literary or self-important. In these, the author stares out at you from the picture looking serious in the button-down or sweater they wore for the occasion. Encountering them in this new, formal context makes it seem impossible that your previous intimacy could ever really have happened. It’s like discovering an ex’s profile on LinkedIn. Rather than bringing you closer together, laying eyes on the author actually opens up a gulf between you. You shared revelations and inside jokes with this author, noted which words they always lean on and which political opinions they professed . Now you look at them as any passerby would.

The desire to be looked upon, not as a passerby, but as a complex of ideas and associations, is perhaps one of the foremost reasons I write. It’s this same urge to spill my guts to strangers that accompanies me through the security line at airports. Believe it or not, I’m always excited whenever my bag gets searched by the TSA. This really ought not be the case. Over the years, I’ve lost at least $30 in shaving cream cans and Swiss army knives to TSA confiscation bins. Even so, I continue to love that procedure because such a search requires a complete stranger to encounter the oddities of my personal artifacts and, by extension, my personality. By rooting through my bag, they are getting a cross-section view of my life. Some things they might encounter: a copy of A Visit from the Goon Squad, a button down shirt squashed into a ball, a staple-less stapler, a journal, an embosser, a can of WD-40 that’s about to get confiscated. Writing this list, I realized how mundane it is. If I wanted to really make an impression on the TSA, I should make sure to pack more bombastic items. Though I tend to be something of an approval fiend, I don’t think it’s approval that I want here. I think I prefer surprise. My dream is to leave the TSA agent thinking, “What sort of life is he living?” My greatest success in this domain was the time that a TSA agent opened the back flap of my backpack to discover a baker’s dozen of condoms. “I’m flying back to college,” I offered to explain myself. “That’s a good excuse,” she responded with a hint of approval—perhaps I am looking for that after all. The image this gave of me was quite misleading, but I certainly didn’t mind. I’m always happy to be mistaken for someone who has a lot of sex.

The underlying pleasure of both bag searches and personal writing is the chance to put strangers in contact with my personality. What I enjoyed most about writing fiction was embedding into them some real detail or anecdote from my life. Little did my readers know, I was sneaking trace amounts of my personal life into their purportedly fictional story. I soon realized that if my favorite part of writing fictional pieces is the nonfiction piece, then why not just write nonfiction? That’s what I do now. These days, my only dalliances with fiction involve orcs, goblins, and sentient computer programs. Such topics necessitate fiction because it wouldn’t make sense to write a nonfiction account detailing my opinions on various make-believe beings. On second thought, maybe it would. Stayed tuned for that essay.

Now, I understand that there is something narcissistic about aspiring to place your mind on a platter and bidding people to come and taste it. My saving grace here is that this desire is equaled by my utter hunger for the details, however banal, of other people’s lives. For example, I savored with rapt attention every moment that professors in college made digressions into their own personal lives. It wasn’t just a welcome diversion from the course material; it was a window into another facet of a foreign human being. Hearing that my professor had once worked a job where he’d had to burn vast quantities of something (he didn’t say what) fleshed out his character a little. I could now triangulate how he acted in class with this new information, thus getting a clearer view of his personality. Maybe professor Valentina had been tough and masculine when he was younger. Maybe that’s what makes him come off as so intimidating now.

When I travel I act like a reporter who’s researching a human interest piece. An example: on a taxi drive to the airport, I started asking the driver some questions. By the end of the half hour drive I had heard about the car accident he’d survived, his wife’s dangerous first pregnancy, his former alcohol problems, his hospitalization, his will to die, his conversion to Christianity, his wife’s recovery, and his current work as a preacher who has baptized over 40 people. Getting out of the cab with the “Jesus Saves” pamphlet he’d handed me, I felt that my mind (perhaps even my soul) had just eaten a full meal. I had extracted narrative gold from him and all it had cost me was a few questions. Even so, I threw the pamphlet away at the first chance I got.

Eating dinner one night with some high schoolers I was teaching, one boy posed the riddle, “What is the most interesting thing?” After some deliberation, another student said, “People’s personalities.” I was astounded by this answer: this fifteen year-old had offhandedly articulated a view that I had long held but had never realized. While that wasn’t the answer to the riddle, I’ve taken it as axiomatic ever since. It’s this fact that makes conversation, reading, being stopped by the TSA such worthwhile endeavors. The default state is to be a passerby in the world. It’s to judge people by their bodies alone. It’s to remain stuck in your own personality. Scenarios like these offer the chance to lessen the gap between yourself and the world, between what a person meant and what they said, between what it’s like to see a person and what it’s like to be that person.