The Virtues of Elevator Music: On Eluvium, Ambience, and Transience
|
Jenna McClelland 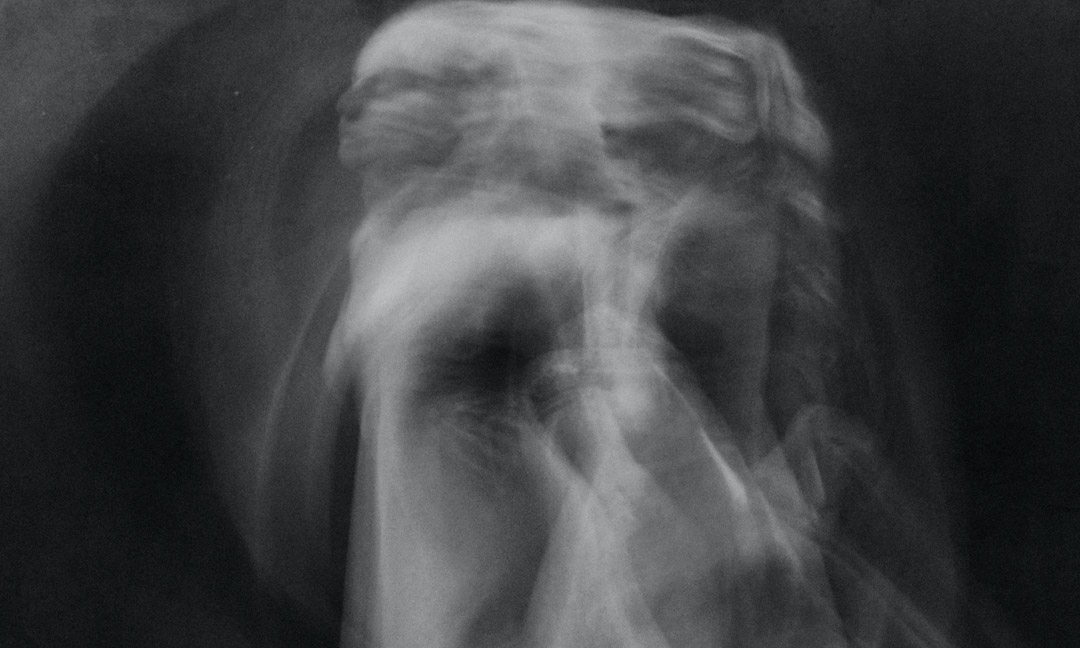 The artist is not necessarily one who sculpts the gods, plays a fine series of musical resonances, or paints portraits. The artist is, in their very foundation, one who sees, then expresses, re-creating the dynamic flow of life—sensate, explosive, still life.

Although art is not the only method of communion—religion and sex are two other prominent doorways—music most organically mimics the flow of a closed circuit current. In listening to music, beauty, anxiety, and revelation all permeate the skin without the skill or intention of its listener. Courtney Love slides through my veins at a dark hour; Elizabeth Fraser, without words, sings of the ineffable and joyous; Enya, the philosopher, attempts to answer complex questions. These are some archetypes of modern music, and, latent, they break through in prompted moments, to close the circuit, and reconvene our feeling to an external source, and back again.

Ambient music is the sum of these parts held in suspension. Eluvium—the twenty-year ambient stage name of composer Matthew Cooper—is a container for all of these embodiments, stacked high. Compositions by Eluvium, at their most fruitful, are long, tantalizing arrangements that seem to move only on the surface, while an underbelly of droning synthesizers remain constant. Eluvium’s discography has been released in its entirety in two vinyl box sets, ‘Life Through Bombardment Vols. 1 and 2’, both collections tending towards a similar temperature, though with enough mystery that the sound is always desirable and new. Each record takes into account the entire contour of the Self, in aural shape, a capital–S as inclusive of parts known and unknown. What Courtney Love offers me is access to a devouring, feminine rage; Elizabeth Fraser provides contact to a divine self, refracted light in water. What Eluvium offers is the fluid in between each. Eluvium mimics the pool that carries the moulds of life itself.

With a sense of wonder, I note how my first listen to Eluvium was congruent with my external environment at the time. At sixteen, I waited for my first flight across international borders, absorbing the frenzy of a third space that is home to no one: the airport. Aside from its staff, every person inside an airport is future-oriented. Impermanence is the invisible structure, as movement is dedicated to a trip about to take place. The outward motion prompted me to hit play on my Panasonic MP3 player, and Copia delivered me to my holding place.

Every component of Copia (2007) is distilled by Cooper’s watch: it is about right now, the space wedged between past and future. By staring at his bombardment, the artist takes on his disruption and re-expresses it, capturing a presence that otherwise fills the molds of particular archetypes. Like a pool after it is distorted by movement, the track list of Copia—a title referring to abundance—is restorative, and a return to homeostatic stillness. ‘Indoor Swimming at the Space Station’ is a ten-minute stream of consciousness, receiving each stone thrown, with time and repetition, to find itself motionless once more. ‘Indoor Swimming’ is a slow oscillation, a quiet stringed symphony fronted by a pondering pianist. The pianist’s exploration climaxes mid-album in ‘Radio Ballet’, a dramatic performance that posits, rather than receives—it is the hot, sticky core of a soundtrack that otherwise inspires me to float. The heat dissipates slowly after the fever breaks, and the record concludes with ‘Repose in Blue’, through the layering of cathartic synthesizers. ‘Drone’ feels like too heavy a word for the airy, mystifying tone of the piece, though the instrumentation does linger: it is another floating experiment. Describing Eluvium requires the language of metaphor because in its minimalism, it ferries the recipient to the world of metaphor. At the airport, the metaphor materialized—Copia actualizes the mystery of precipal places.

My discovery of Brian Eno would retroactively validate this experience. In the liner notes of Ambient 1/ Music for Airports, Eno creates the distinction between Muzak—a form of lightweight and derivative background music centred around the consumer experience—and what he begins to call ‘Ambient Music’:

A decade after discovering a pacified Pearson Airport, I found myself living in the home of landscape painter Doris McCarthy. The home she built is perched on the Scarborough Bluffs, and was declaratively titled ‘Fool’s Paradise’ by Doris’ mother, who thought her daughter naïve and unrealistic for choosing it as the site of her home. Fool’s Paradise reflected its namesake: the cottage was surrounded by apple trees, whose full fruits would drop and collect a handsome fox, a family of deer, and geese who would play in the pond after their feast of fallen harvest. At Doris’ it was my internal world that revolved into a terrifying maelstrom, while the world outside remained biblically still.

It can be difficult to be still in a time that demands stillness. As my accommodation was granted me as an artist residence, the purpose of its pastoral scenery was a refuge from the bombardment of city life. Living at McCarthy’s cottage afforded me this sanctuary—but chaos redistributes. I began to imagine the house oppressed me: that the bedroom contained the legacy of a painter’s sheets; that the writing nook boasted of words already written into a canon; that the living room was in a consistent state of laughter from good company. What was absent, I filled in.

A stereo set up in the front hallway would deliver sound into every room: the living room-the heart of the house and closest to the lake—as well as the painting studio at the opposite end. Both had their own sets of speakers to bridge a continuous sound if one chose to walk from end to end. Eluvium’s Curious Things (2016) was a daily morning soundtrack to unravel the golden threads of my dreams, which often spilled into the daytime without the human interactions so easily found in the city. ‘Adolescent Space Adventures Outside the Supermarket’ became the sound of mediation between these worlds. I could project ghosts outwards, but found the balancing act in the composition; I could float in Curious Things, and metamorphose the disruption of my own psyche’s contents, into a symmetry with sound.

The sound of Eluvium rotates. Loops of synthesizers and piano do not induce hypnogogic trance, as repetition has the ability to do (I am thinking here of the 45-minute E chord on ‘An Evening of Contemporary Sitar Music’ by Spacemen 3, which will make one’s eyes roll back into their head). Rather, a composition like ‘Adolescent Adventures...’ has the singular power to call out our transient states without turning them toward something conclusive. It is the holding environment for the psychic ebb and flow of union and separation.

I want to talk about ‘Elevator Music’ but I want to talk about its virtues. Eno distinguishes his Ambient project from the cheaper Elevator Music, a useful distinction, though I would like to hold on to the metaphor of the elevator. Elevator Music is designated for waiting rooms, but waiting rooms are not definitive physical spaces. The waiting room’s axis is time: a time when one’s ability to move is slowed to a thick, viscous tempo. In the elevator, we are being guided upward, or downward, and rely on faith, for the time being, that this is what is happening. The intersection of time and space is telling: if the waiting room constitutes time, it is the environment that is responsible for the acceleration or deceleration of time. The role of Elevator Music—of ambience, of drone—is to sonically re-create the stillness that exists in between, diluting the inequality of a loud interior, or exterior. Stillness does not always imply peace: it is often inconclusive, without attachment, and therefore very painful.

It is now 2021, and a global viral pandemic forces those of us in non-essential positions to remain indoors and separate ourselves from our communities. A look outside my window today yields an emptied street response—I am in conversation with myself. The external world is busied, but only if I enter it virtually, for the traffic outside has been blown out. I find Eluvium’s Wisdom for Debris (2014) on repeat on my stereo, and note the pattern: my environment, once again, is lopsided, and requires an intermediary to carry me for the time being. ‘Night Projections’ quietly informs me that the album is coming to a close, which, by inference, means it is about to begin again. Soft keyboards run through, and then past, taking my weight without altering its course or direction.

This is music to float to, to lose a sense of gravity to, in faith, and step off at whichever floor suits our next atmosphere.

Jenna McClelland is a finalist in Nowhere Magazine's 2020 Emerging Travel Writer's Contest; is a Doris McCarthy Artist-in-Residence (2019); can be read in The Puritan, Broken Pencil, Audiofemme + more; and performs dreamy drones as Lehrerin, whose debut album, “Double,” is on cassette. www.jennamcclelland.com

Requiem for a Weeping Fig