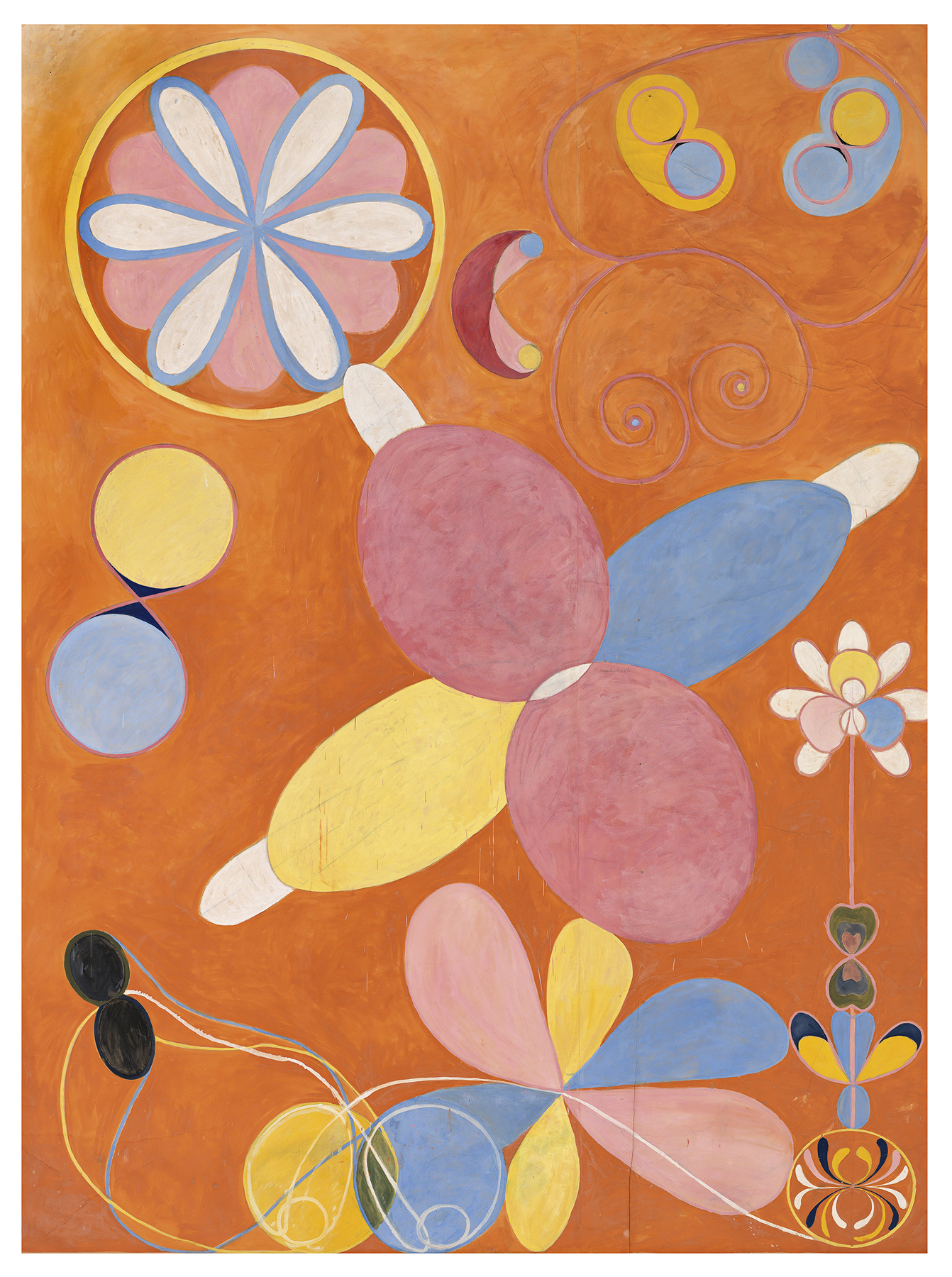 In a room women come and go

I may not be alone in this, but often when I think of Michelangelo I call to mind those lines from T.S. Eliot. Familiar as those lines are, they have not lost their power. Their significance is not clear, not immediately. They are memorable in their elusive meaning. Where is the room? Who are the women? Why do they speak as they do? The mind lingers over those lines, commits them at first sight to memory, and then recalls them in unlikely places.

One poet often evokes consideration of another poet. It is not the poetry of Michelangelo, however, that is foremost in his talents. The Sistine Chapel ceiling, the statue of David and all the sculpture overshadow the sonnets. Often they read like notebooks:

The marble not yet carved can hold the form

Of every thought the greatest artist has.

And no conception ever comes to pass

Unless the hand obeys the intellect.

Michelangelo is a useful starting-point not only because of his genius, but also because of his soul-searching humility. He reflects on the impulses which drive him to create great beauty. The poetry speaks for itself. It invites us into the relationship between the artists and his art. To carve beauty out of a formless block of marble requires an inner sense of what is possible. The sculpted form is within him.

He reflects on this in verse. Out of this reflection, he creates poetry that seeks our attention. This is more than we could expect of the artist. Random thoughts are arranged in precise form. The thoughts themselves become art.

A moment ago I wrote, ‘To carve beauty…’ The first draft actually had ‘crave’ rather ‘carve’. I corrected this, but I find the mistake interesting. Michelangelo craved beauty. He saw it in the human form especially. Other artists are concerned with the natural world, or the transcendence of spirit, or the revelations of science. Michelangelo could draw an ear as if it were the universe made flesh. It is seen so by his hand, his eye.

Art is an encounter with its form. In poetry this form is language.  It is also an encounter with experience in the contingent world, and with the world that is not the world. If this means nothing to you perhaps you see in poetry little more than interesting linguistic patterns. You may prefer sculpture because it is definite and tangible. The sculptor takes something from the material world, something solid and mundane. Something beyond matter is drawn out. The sculpture itself is undeniably there. It can be touched. What cannot be touched is the art. Barbara Hepworth’s characteristic hollow circles are pure space and pure form.

Similarly we can say that a poem is not only about a chosen subject. It is also about something else. But what can this mean? Consider the testimony of Peter Brook, talking with his incisive eloquence about A Midsummer Night’s Dream, he said he saw there was a play behind the play. His task as a director was to find that other play. It seems to me that is true of all art. Not everything should be immediately understood.

One image evokes another. This is especially true of Eliot because he was so aware of tradition, an awareness that manifests in his habit of quoting from the past in order to describe the world as it was for him. In the desolate modern city (which was also the poet’s desolate mind), he quotes Antony and Cleopatra, as if the imperial barge were sailing down the Thames, gilded among the oil and tar. T.S. Eliot also craved beauty.

We are immersed in a history of poetry when we read Eliot, a history that crosses cultures. He writes in English that is at times American before it returns to source. He quotes in other and, to many, unfamiliar languages. He is seeking to find an identity within the world. He seeks an understanding common to all humanity.

Eliot has a lightness of touch even in the general solemnity of life observed. An early poem concerns the death of his aunt.

Now when she died there was a silence in heaven….

And the footman sat on the dining table,

Holding the second housemaid on his knees –

Who had always been so careful while her mistress lived.

Although at first it seems a serious poem, drily factual and reverent, the humour is contained in the slow movement towards the comic end. It is a gently ironic humour very much in the New England tradition with which Eliot identified.

Curious to note Eliot was originally from St. Louis, leaving for England, after Harvard, early in life. He was a writer of more than one culture. Initially, he thought of writing in French. He lectured in German. He embraced Buddhism as well as Christianity. A poet need not be of one way of seeing. The poetry is to be found among the correspondences and contradictions, the affirmations and the doubts. Somewhere in the wilderness is a city. Somewhere in the city are the wilder places.

Auden in youth preferred subdued lighting, as if shadows contained more substance than light. He, too, crossed the Atlantic (but the other way) to discover in New York what London, with its symbols of history at every corner, could not offer. What had New York to offer? Streets familiar from popular songs. Echoes of the Jazz Age lingered in the relentless modernity. Grand Central is a cathedral but not a mausoleum. Its worshippers are in constant motion and perpetual change. Eliot left this for the gentility of the quadrangle and the publishing house.

Eliot transformed his life and art into something English and Anglican. He needed a faith as well as a country. An earlier draft at this point reads, ‘Doubt is the enemy of artistry.’ Doubt I now see in a positive light of questioning previously held (and possibly complacent) assumptions. The enemy of artistry is not doubt: it is a lack of direction. An artist needs a territory that is both an imaginative resource and a refuge. It may be a territory within the mind. The more likely place is an actual residence, yet even here it may be re-created as an ideal. A real city contains too much of the Twenty-first Century, too many people, too much noise, too much that is too far from ideal. Eliot visited the chapel at Little Gidding and the ancestral village of East Coker once in each case, and briefly. That was sufficient for them to be places indelibly in his field of vision.

The locations of Four Quartets exist and can be seen. For Eliot they are metaphors of certain moments and moods within his psyche as he journeyed from Massachusetts to England, a Mayflower pilgrim in reverse. Crossing the North Atlantic one way or another has been a marked practice of English-language poets for at least a century now. Robert Lowell followed Eliot, while remaining American, an émigré writer at home in Kent, writing about ‘home’. Thom Gunn and Denise Levertov, independent of each other, moved to the States when newly graduated. Their poetry owes much in subject and in form to their adopted country. They never returned to live in Britain. The very American Sylvia Plath is buried in an unmarked grave in the vicinity of the Wuthering Heights moorland, the subject of one of her most effective poems. She clearly was affected personally and artistically by her English experience although she remained American in speech and manner when settled in London.

It may be the case that poetry in the English language does not have a national location, although national identities are not fundamental to the poetry. Yeats, the supreme artificer of the Irish Renaissance, was raised in London. Cecil Day-Lewis, the Queen’s Poet Laureate, was born in Carrickfergus. What makes modern poetry is the exchange between the nations that have English as their first language. These varieties of English develop the common tongue of many cultures.

Successive waves of Commonwealth immigration have also enriched the poetry we resolutely call British, for want of another and better word. English doesn’t describe what was spoken in the Scots tongue by Hugh MacDiarmid, or in what is being said now in the engagingly imaginative Anglo-Asian dialect of Daljit Nagra.

It is very telling that when MacDiarmid reverted to Standard English (as in An Island Funeral) the diction was extraordinarily pure, as unadorned and reverent as a Quaker meeting. The English language does not belong to one tribe. Poetry is, in part, to do with seeking an identity in language. English is transnational. Its poetry must reflect this if it is to live.

Poetry lives by a continual transformation. One word speaks of another word. One world speaks of another world. Poetry is not the raw declaration of itself.  Poetry is the act of transformation from basic utterance to defined expression, from emotional impulse to articulate intellect. The journey within the mind, with the language, within the world is taken towards that moment of transformation. It is not an end but a means towards other perceptions with their particular metaphors. There is no end in sight, none we can imagine. Where is the room? Who are the women? Why do they speak as they do?