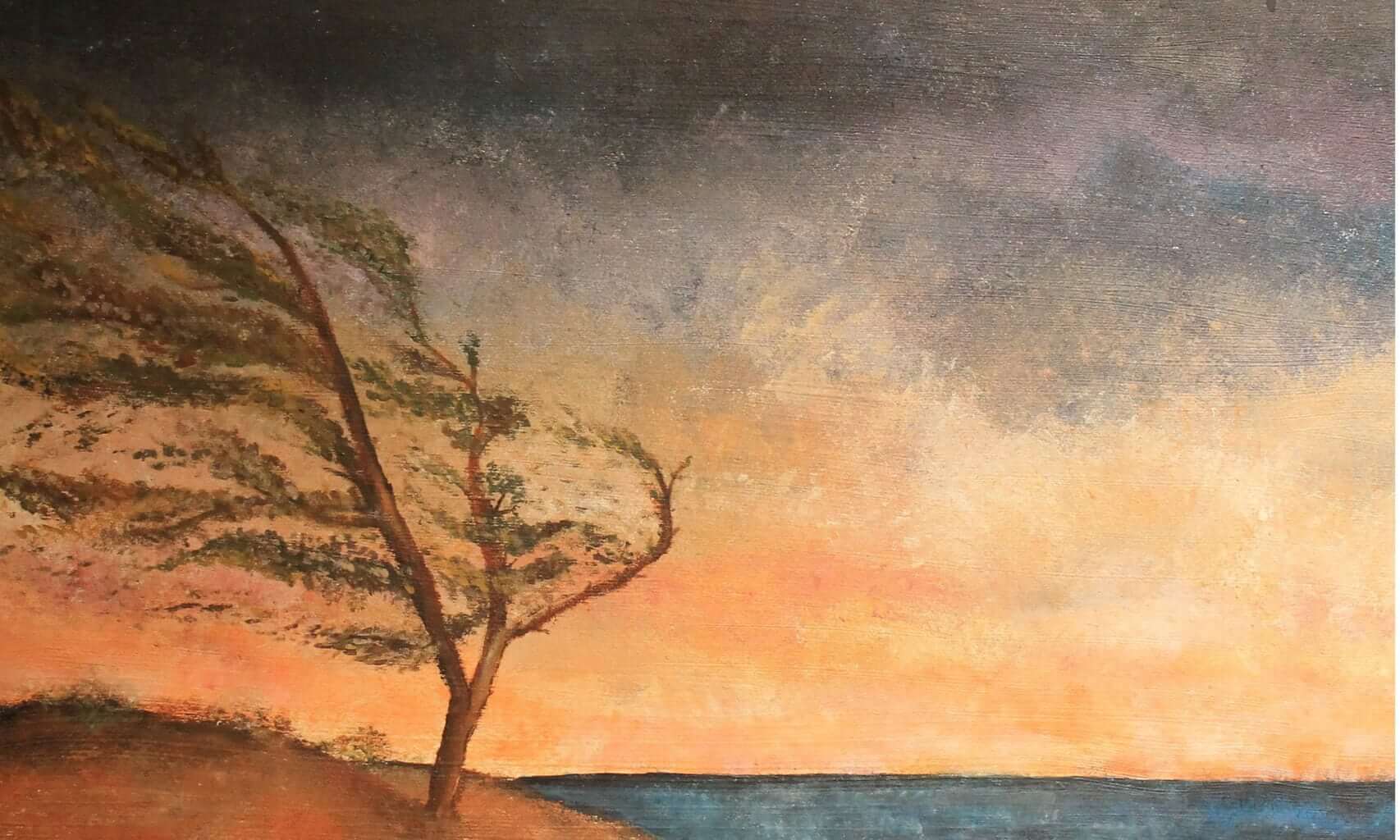 His gaze was turned towards the door. He was concentrating on the peeling paint and the rusty lock, trying to escape the infernal noise surrounding him. But his father's sudden gestures caught his eye. The yelling came back. A flush of rage rose to his face and a thread of saliva formed every time he opened his mouth to fill the air with his booming voice. The boy began to stare at the door again, but it was no longer enough to muffle the screams. He stood up quickly and slammed the door. He had to catch his breath and wait for the dizziness to pass. He leaned against the door. As the doorknob went into his back, he winced. It had been almost a week since his father had slammed him against the cabinet, but the pain was still there. In one of his angry outbursts, he had shaken him and had held his face firmly, crushing his cheeks between his fat fingers, the tips of which were rougher than the green side of a sponge. The nail of his middle finger had sunk deep enough into his skin to leave an arc-shaped hollow. "A temporary dimple," he thought amusingly. To trivialise his father's punches and slaps, to ridicule them, was a way for him to discredit this character of the big bad mean dad.

His sweaty hand slipped from the doorknob he was still clinging to. He looked up: the sky was blindingly white. The grass was dull, he was pale and his footsteps were heavy. He stopped abruptly and examined the neighbours' house. It would seem that the neighbours had adopted his method of trivialising the screams and cries they must have been hearing; after all, they lived in semi-detached houses. In their case, it was a denial mechanism, not a defence mechanism. They would probably repeat to themselves, “One must not meddle in other people’s business”. This quote had become a universal maxim that was valid for all situations. "What an absurd moral rule," he thought to himself.

The fresh breeze played delicately with his brown curls. "Was that not the role of parents, to gently caress their child's head so when sleep does not come to them?” he thought bitterly. He slipped a lock of hair behind his ear and walked.

He started running as far as he could from that miserable house. Warm tears began to run down his cheeks, which did not have real dimples, and quickly dried against the cool air hugging his face. A confusing tangle feelings quickened his heartbeat. Faster and faster, and faster and faster, and he ran, and each heartbeat was nothing compared to the intensity of the following one. Growing nervousness accompanied the palpitations.

A storm was born in his rib cage. The wind blew over his mind and whistled in his ears as if to say:

"Don't worry my boy, one day you'll find a place, a home that you won't want to run away from. A house where the furniture and walls will tell you stories of joyful memories. The nights will not scare you. The doors will not slam. Fists will not thump on tables. Stairs will not creak under the weight of alarming footsteps. The air will not reek of beer and contempt. The piano will not emit a dissonant sound under the charge of an endangered body. The closet will not serve as a refuge. The showcase will not be shattered by blows that missed their target. The atmosphere will not be stifling.”

A shy smile appeared on his face, he thanked the wind and resumed his journey. His fear of home had not yet been conquered, but a fragile sense of hope had now settled in his heart.

Note: 'The Wind' was originally written in French and translated by the author. You can access the original here.