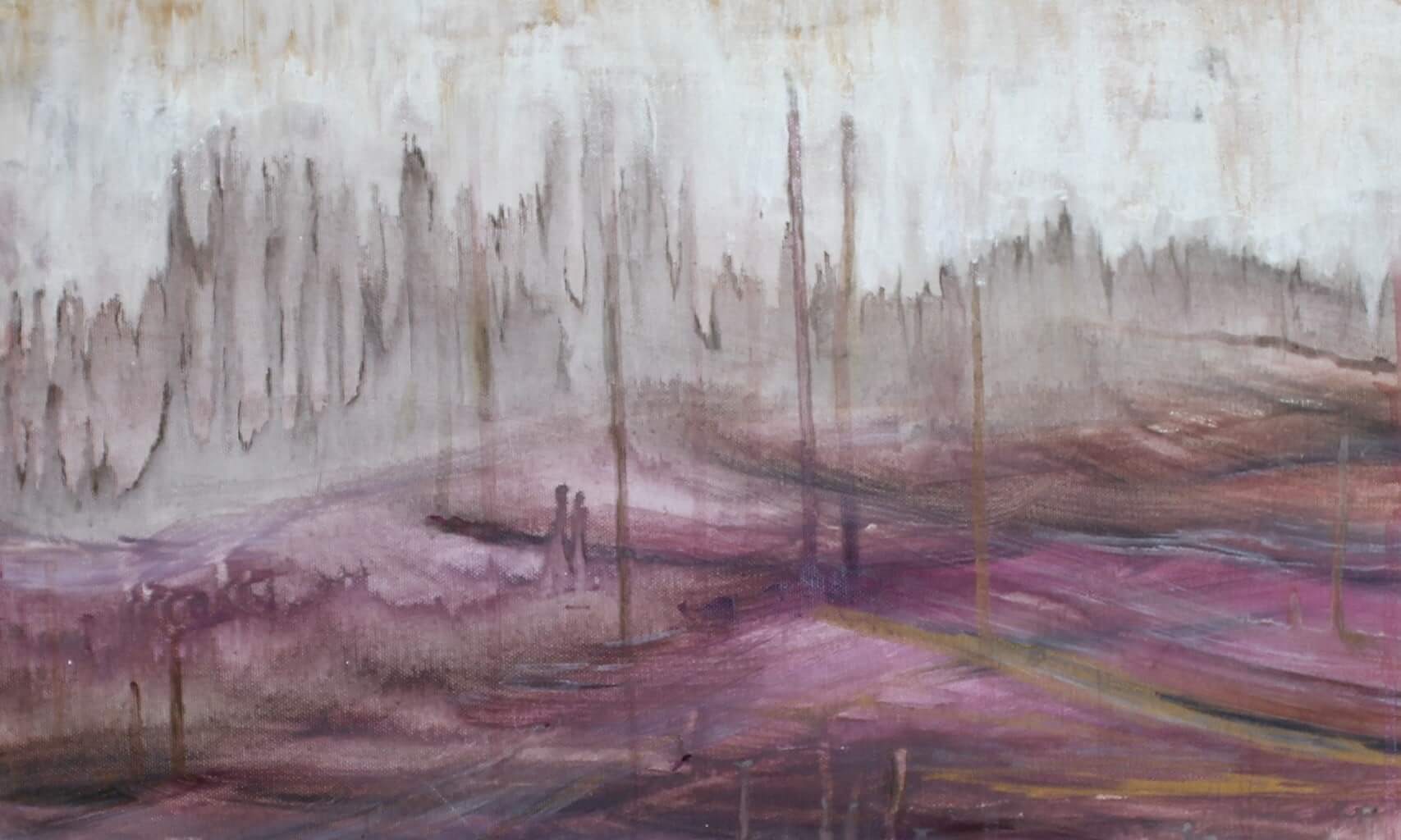 The damage was phenomenal. At the time of the explosion, I was violently propelled to the ground, unable to move. All that dust, the rubble had blurred my vision. But I could still vaguely see the walls of our home. They had now become a heap of ruins and bricks that filled the whole of our apartment with smoke.

At this sight, my body stiffened. I wanted to scream but couldn't. I couldn't even see Baba anymore. Under all these ruins, only his bloodied arm was still visible. No sign of life, my father's arm was no longer moving. His stiffened fingers looked almost menacing. Those fingers that had gently rocked me one day, those fingers that had one night stroked my hair when I couldn't sleep, and those fingers, those hands, those arms that formed a comforting refuge when nothing was going right. And on that dark afternoon when, truly, nothing was going right, Baba was, for the first time, absent. And it would be that way for the rest of my life.

A few moments later, when my neck regained its mobility, I managed to tilt my head slightly and spotted Mama. The broken piano was crushing her body. However, the spark of life still illuminated her lovely face. She stared back at me and the fire of hope barely reignited in my heart. I crawled to help her when a dull thud paralysed me. Part of the ceiling had collapsed and fallen perfectly on her.

Everything broke. My heart, her heart, our hearts, our souls, their bodies and all the memories that completed us. This cry that was trapped in my mind, freed itself and turned into a scream a roar, a sharp and deafening complaint. My warm tears mixed themselves with the ashes spread on the wooden floor which had turned grey. Despair overwhelmed me completely.

Suddenly I felt a hand grabbing my shoulder with great strength. It was Cyrus. A wave of relief streaked with guilt flooded through my body. My brother's hazel eyes consoled me. He was barking words that I couldn't grasp. My ears were now haunted by a continuous buzzing sound. I couldn't hear, I couldn't see, I could only smell the coppery scent of my parents' blood that would cling to my clothes forever. Cyrus was pulling me by the arm. Yet I didn't want to. It was impossible for me to leave my parents. I grabbed my father's shirt and my mother's scarf. Weakened by sorrow, I could barely keep up with Cyrus. My steps were heavy and my movements were slow.

We managed to get out in time. A few minutes later, the building collapsed. Floor by floor, our home had been reduced to a pile of ruins. It was impossible to imagine that among all this wreckage, my parents' corpses were there, crushed. I turned around and saw Cyrus, his knees slightly apart on the ground, between which he had interlaced his thin fingers as if to pray. He lifted his head up and I noticed a tear running down from his eyes, swollen by the cries.

Slowly, I became aware of my rigid body, my stiff neck, my tense shoulders and my numb arms, at the end of which my hands formed fists so tight that my nails dug into my palms to nestle in them.

Only my eyes moved. They scanned the surroundings and examined the cloud of dust that besieged us. The fine particles suffocated me and penetrated the pores of my skin. I imagined them infiltrating my veins, blocking my circulation and putting an end to a miserable body.

Everything was stifling and oppressing me. I raised my head with difficulty and saw the grey ceiling formed by the heavy clouds. They were so low that they seemed to want to swallow the earth.

There was nothing left except this scene, this ash, this pain, this loneliness.  And these orphans. Orphans. "Or-phans," the syllables were chasing each other in my mind. This is my new identity.

"Orphan," a drop of water fell on my forehead and trickled down until it reached my eyebrow. "Orphans," a second drop grazed my nose. "Or-Phans," it started to rain and soon a heavy downpour drowned the moment in its melancholy. "Orphan, or-phan," this time I whispered the word. The deluge continued. "Or-Phans," I said. "ORPHAN," I screamed as my voice cracked, and the rain intensified.

A tear escaped from my eye. It rolled down my cheek and settled in the shadow of my nostril. A second tear came to push the first. And so it continued on its way and crossed the hills of my lips. I swallowed the salty taste of my sorrow. Little by little, my tears and the rain merged on my face.  Burning sobs or tepid droplets, the water embraced me. The rainfall did not stop and the tears were no longer shy. The sky cried and I cried with it.

As the mourning streamed from between my eyelids, I felt my muscles relax. I slowly unclenched my fists. The rain seemed to soothe my limbs.

I turned to Cyrus. His wet shirt, stuck to his body, revealed his frail frame. We lay down and let the rain wash away our grief. The sound of thousands of drops crashing on the pavement covered the sound of our suffering.

At last I caught my breath and wailed: “Adopt  us!". The rain intensified again. I sighed and whimpered to Cyrus, "I think she agreed".

Note: The original text was written in French, and can be found here.

A Wild Guess About Old Writings