The Phenomenology of the Spirit: Hegel and the ingress of Beethoven's 2. Symphony
|
Jakob Brønnum 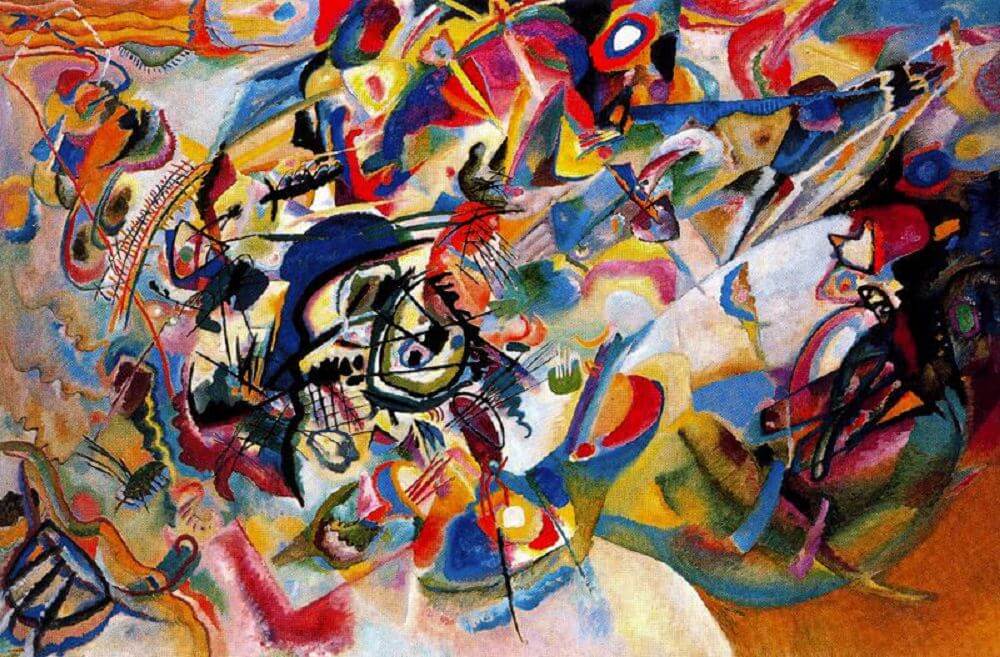 In the last years of the 1700s, censorship in The Kingdom of Denmark, carried out by the king himself, forbade the writing of books and texts that cast doubt on the eternal life of the soul. He had ample reason. There was a wide-ranging discussion about this among writers and thinkers at the time in Germany, where most of the Danish students and thinkers got their impulses. The discussions culminated in 1807 with Hegel’s first major work, Phänomenologie des Geistes (The Phenomenology of the Spirit).

The work is notoriously difficult, if not flat out dimmed by lack of structure and thematic unity. But what emerges is what seems to be redefining the concept of spirit to something resting in the human being itself.

Spirit is no longer seen as an act of the will of God, the Creator, or inspired by God. Inspired, as in the old meaning, as something blown into man by a divine and eternal being (cf. Genesis 2.7) - from the Latin spirare, to breathe.

Inspiration, too, is from now on something that rests within Man himself. Spirit is the thought world of men and women. You can observe a process to that effect in Beethoven’s Symphony No. 2 (1802), in the opening section of the 1st movement.

Beethoven broke several norms on the way from Wienerklassik to romantic music. In Symphony No. 3 (1803-04), he connects politics and art in a way hitherto unseen. The composer depicts in music what he thought was a democratic figure who would be doing good for mankind, the French leader Napoleon Bonaparte. When Napoleon crowned himselfs emperor in December 1804, Beethoven angrily, so the anecdote goes, tore the dedication page off the manuscript, but the portrait of a people’s hero remains in the music. Beethoven’s 9th Symphony contains a non-religious spirituality celebrating universal human fellowship, extending both the breadth of the genre and its content far beyond what had earlier been imagined.

Throughout his oeuvre Beethoven breaks with the formal compositional norms and standards, not the least of which the basic relation between the tonic and the dominant, a backbone of musical harmony from the baroque to the blues.

What you hear in the opening of the Second Symphony is a long section of rhythms taking over from each other, leading directly into the movement proper. It doesn’t seem like anything parallel to Hegel’s concept of the spirit, but when you look at it in the historical context it is.

In pre-baroque and baroque music, the opening movement is often a slow, not a fast movement. It stands as a prologue to a set of short compositions, long before the symphony attained its form.

With Beethoven’s and Mozart’s elder colleague Haydn – the three central composers of the classical Vienna style that has come to signify “classical music” – the symphony as genre attains its form.

In Haydn, the opening movement typically has a slow prologue within the fast opening movement. Many of Haydn’s pieces were written for performance after people had been dining and it is a way of gently saying, “Now, the music begins.”

In Mozart’s Symphony no. 38, the so-called Prager-Symphony (1786) you can hear this phenomenon as a more distinct lead into the fast movement. With Haydn you know for sure that the slow opening is not a part of the narrative, while in the Mozart example, you are not sure. In the slow opening to Beethoven’s 2nd Symphony you realize that this prologue is part of the narrative itself, and not an extra element stuck onto the movement.

Mozart lets his slow opening in the Prager Symphony come to a complete stop before the movement continues in a swifter manner. Beethoven lets the slow opening slide directly into the fast pace. What was once a question of formalities has now become content. What was a rudimentary prologue, has become part of the thematic unity. What was once connected to a larger principle, has now become an independent entity. Just like Hegel’s spirit.

The first time I noticed it was listening to Leonard Bernstein’s cycle of Beethoven’s nine symphonies with the Vienna Philharmonic. I was listening in the way you do when you are doing something else at the same time that does not demand your full attention. It was with the old loudspeakers, each big enough to serve as a pedestal for a plant, and the music filled the room.

I remember arresting my movement and not even thinking, but feeling, “What on Earth is that for a colossal creature that comes walking right towards me?”

It was the opening of Beethoven’s Second. There is a 4/4 beat that – particularly in Bernstein’s interpretation - evolves seamlessly into a slightly faster ¾ beat, at which point it seems like everything rises and starts moving.

It feels like there is a subject present, like somebody is walking towards you. The whole thing is moving. There was never a subject present in Mozart, the composition was always something acting within the frames of the given musical form - in the most stunning clarity of melodic and harmonic spirit and emotion, yes, it’s Mozart - but you’d still sense the frame and the narrative securely resting within it, and never see it taking over and filling the whole of the form as a way of expressing itself.

Or like Adorno puts it in his notes to the never written Beethoven monograph (Beethoven – The Philosophy of Music, Polity Press 1998): “Beethoven’s music is imminent in the same way as is philosophy, bringing forth itself. Hegel, who has no concepts outside philosophy, is, in that sense, likewise concept-less in face of the ‘heterogeneous continuum’. That is to say, his ideas, like those of music, are explained only by each other.”

Adorno then remarks to himself: “This idea must be followed up exactly, since it leads to the innermost depths.” (27)

Both Mozart and Beethoven have daring things to tell us in the two symphonies. Later on in the 1st movement of The Prager you can hear Mozart experimenting with a maelstrom of dissonance, though firmly guarded by the fortifications of sonata form. Beethoven unfolds one long, drawn out, bodily energy ride in the cause of the sonata-shaped 1st movement in the 2nd Symphony, drawing it out, until it feels like a rubberband or a metal spring on the verge of breaking.

Personal identity as we know it lurks underneath these historical moments of an emancipation process in the beginning of the 1800s. It is consistent with the emancipated spirit.

Within the art form itself, it is the symphony as the most powerful orchestral genre, and its impact on the arts for the next 140-150 years, that we witness being created, only then - or maybe even not until the next symphony, with its original idea hidden in the subtitle, “Eroica” (The Heroic) - fully comparable to the novel in scope and depth.

Why would the king of Denmark forbid such writing? What has the eternal life of the soul got to do with anything within his auspices? If the soul doesn’t live eternally, if everything man has and does is not ultimately inspired by God, then the king would no longer be able to ground his power in the will of God as all of them did according to the religious tradition (cf. Romans 13.1-2). The whole system would crumble and collapse. And it did so, more or less universally in the year of the revolutions, fifty years on, in 1848.

What emerged was a freer human being. Not the lawful subject of the king, subject to the judgement by his Creator, but a subject within himself. Much like the one I felt come walking in the ingress of Beethoven’s Second Symphony.