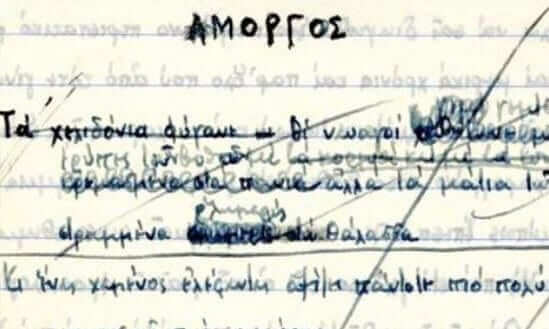 An issue which has preoccupied me over the past few months, and increasingly since I began to translate more verse, has been the relation between a translated text and its original. More specifically, I am referring to the issue of ‘untranslatability’, that is, the fact that some pieces of work seem to be constrained to one specific tongue. What does it mean for something to be untranslatable? And perhaps the more interesting question is: Why are some works untranslatable? In this essay I will approach both these questions from a personal perspective, structuring and formalising my intuitions in a manner which I hope will lead to a coherent response.

Initially, we must investigate not only the exact nature of untranslatability, but also the nature of the response we are tending to. That is, the form of a desirable answer. It is clear from the get-go that we are toeing a very fine line indeed. If we wish for untranslatability to have some interest as a concept, we should not just identify it as any distinctness between two texts. It would be quite platitudinous to state that any two different works (that is, any pair of original-translated works) are not the same, just because they are not qualitatively identical. In fact, I would advocate that a large body of texts are indeed translatable, in the vague sense that their renderings in a different language do not lose much of the ‘spirit’ of the original. One might, and quite reasonably so, ask me to give a more definite account of what I take to be a ‘significant distinctness between texts.’ And I could, perhaps, turn to the answers which I have become used to relying on, that is: to associative strength, evocation of emotions, or syntactic cohesion (lyricism, force, etc) in the piece in question. However, all these responses strike me as lacklustre. They are formally correct, to be sure, in the sense that they are adequate formal answers to the questions, but they are lacking in content. In other words, they seem to be materially incorrect.

In order to avoid this dissatisfaction, I decided to change my focus, leaving behind the formally desirable specificity. After all (and this is the ace up my sleeve, so to speak), the nature of art is such that definite formalisation is not always required, and a vaguer, unanalysed intuition can serve as an adequate alternative. With this in mind, I began comparing my unanalysed intuitions regarding translations with other experiences, hoping to find some match which would help clear up matters. Things finally started looking up quite recently, following a discussion I had with a foreign friend on the importance of a ‘home’, and why Athens held such an important place in my heart. Initially, I espoused similar answers to the ones before, prioritising specificity and conciseness as a justification for my attitude. And once again, all my justifications rang hollow. I forgot all about the conversation until about a month later, when the same friend decided to visit Athens over the break, and we had our discussion once more, this time having given him the opportunity to experience where I lived. Listening to his impressions, and comparing them with mine, I started realising what had been the issue. I was over-complicating matters. Athens holds the importance it does for me, because it is my home, and that in itself, is already a good starting point.

First and foremost, the advantage of this answer is that our distinct perceptions, or perhaps appreciations, are not tied down to some overtly constraining characteristic. That is, we are not yet committing ourselves to any definite justifications, such as the associative strength that Athens holds for me, as opposed to my friend. Nor is there explicit reference to specific experiential peculiarities, such as Athens being my place of birth, where I grew up in, fell in love, and so on. Now you might wonder why such a lack of specificity is desirable. Surely it would be preferable to provide a definite simple response to our distinct perceptions, rather than siphon off the problem to a vague and equally unanalysed concept. And in a sense, you would be right. If we could find such a formally desirable answer, that was also materially acceptable, we would resort to that, but alas, we cannot, and instead turn to the next best alternative. Let us, therefore, take into consideration other concepts which may prove useful in our analysis, constructing, in essence, a ‘mesh’ of interrelated ideas. The clear connections to make are those of solace and belonging, with ‘home’ being privy to an amalgam of feelings involving emotional proximity and attachment. These, in turn, are each realisable in a multitude of ways, such as the peace of mind an Athenian may have when going to sleep alongside the screeching cats and blaring car alarms outside his window. The advantage of this mesh, as I have called it, is twofold. Firstly, it avoids constraining the concepts analysed by necessitating reference to particulars (such as our initial attempts), and secondly, the implicit relations and links between the concepts make up for the lack of specificity, composing an overarching structure comprised of associations between ideas such as ‘home’, ‘solace’, ‘belonging’ and more. In other words, we are slowly constructing a clearer image of what we believe, without closing off any doors.

However, while this talk of conceptual meshes may seems intellectually stimulating, we have reached a stage where commitment to greater analysis would be useful. Thus, I will commit myself a bit more, and say that an underlying element of feeling ‘at home’, or of ‘belonging’ in a place, is the perceptual privilege you have gained due to being shaped by said home. Applying this to the case of my foreign friend, it was as though we both witnessed Athens through different lenses, as though the streets we walked possessed a distinct life for the each of us. And of course, this makes sense. Belonging is not a concept comprised solely of knowledge. Touring a guest through one’s house and pointing out every nook and cranny is not sufficient for them to possess the same attitude towards your home as you do. Feelings of this sort cannot be simulated.

Having discussed the concepts of home and belonging, and placed them within this mesh of conceptual relations, let us now return to the initial problem of translatability. A common theme I have noticed in works considered to be ‘untranslatable’, is how empty the non-original pieces are. For example, when Nikos Gatsos says:

And I then read:

“And so she sleeps, my tender love, naked among the cherry blossoms.”

It feels hollow. It feels like the English version is nothing more than a weak impersonation of the Greek. It feels like I am reading the pieces through different lenses, in the first case, witnessing a resident in their home, and in the second a stranger in a house. Ideas, thus, bear the same relation to a language as an inhabitant does to their home. Consequently, when they are given a new house, one in which they do not belong, it is no surprise that they find little solace; that they feel outside their element. Of course, in the same way that ‘home’ is not a physical location for everyone, it may be the case that a language is not a home to every idea, or every form, which is why certain pieces of writing are much more translatable than others. Poetry, I would like to think, is on the other end of the spectrum, that of nigh inherent untranslatability. For poetry, like a new-born babe, pure and innocent, finds solace at its mother’s teat, and in its father’s embrace; in the company of those who brought it into the world, and shaped it with love and care; in the language which gave it its voice, and consequently, its life.