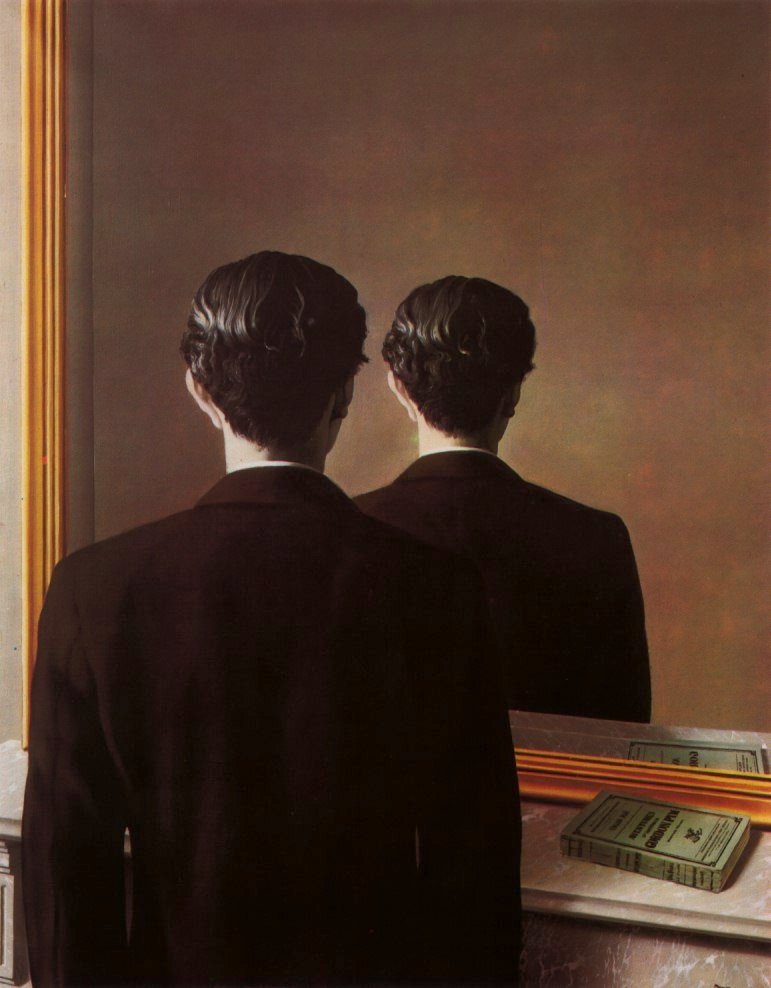 “You shouldn’t be here,” Adam said.

I stopped short. A strange look had worked its way onto my brother’s face. It was a lurid, sad thing: the smirk of some contemptible animal waiting to be put down.

“Listen to how pointless this all is. We talk of relationships, and people we know, ignoring all the things I’ve learnt,” Adam said. I knew the man that had cried into my shoulder only moments before was not the Adam I had known.

“You know if you don’t leave Dreamland with me, they will own me,” I said angrily.

“Oh, don’t think of that. Listen, this is all needless chatter.” A wild look entered his eyes, “ I know Helen was unfaithful to me during our marriage, that was the reason behind our divorce and why I left you that day on Agri Hill. But that is neither here nor there: what I want to tell you is of far greater importance.”

“You had a breakdown, and you ran away to Dreamland,” I said, my mind astir, “there is nothing you need to tell me.”

“For God’s sake. Listen to yourself. We use these words like ‘mad’ and ‘breakdown’ out of fear. The sane, the stupid (I use those words interchangeably) believe they are superior because their reality is free of hallucination. You are not like them. You are not sane,” Adam said, his feverish eyes agape.

“We dropped acid on Agri Hill. You left me during the come up. You got lost.” I shook my head. I knew I should never have given him those drugs. “You were stressed at work. You were tripping out, you lost it. When I found you, you were screaming,” I said, trying to keep my voice calm. Adam began pacing across the room. Obviously, his idea of the ‘truth’ was a lot different from mine.

“No! That’s only how it appeared on the outside. Why are you talking about my family and my health? Why don’t you can ask me what I saw?” These were the words of a man under the spell of what this world offered. “I did not ‘run away to Dreamland’ as you say, Dreamland made its presence known to me, and I knew, from what I learned, that I had to go there and discover it.”

My brother stopped, then suddenly sprang toward me and gripped me tightly, like a child clinging onto its mother.

“Oh God no, it is all lies. What am I saying? I came to Dreamland out of fear, to hide. You know our parents are poor, though they brought us up well. I wanted to better myself so that I would never think of anyone as superior. I worked with everything I had to get to where I was and the only thing I learned was man’s immense capacity for cruelty. You strip away the forces that exist between people: love, kinship, desire, and what remains? Power. Pure, lurid power. Here is the truth. My wife had an affair with Woland, my superior— ha— supervisor at work. As you remember, I took you to trip on Agri Hill because we were nearing my twenty-ninth birthday. I shouldn’t have taken anything, I knew it was a bad idea, but my supervisor here in Dreamland says: ‘sometimes the worst getaways (they call them ‘getaways’, not ‘trips’ in Dreamland) are the best teachers’. Well, our trip was a brilliant teacher for me. After it, a brutal clarity seized me.”

Adam’s voice faltered. I stared at him in horror. The pressure inside his room increased as if we were underwater. The buzzing returned. The hall turned black. Thin streams of light entered the room so that only my brother’s face was illuminated. Adam’s face looked deathly pale as if his skin had been stretched thinly over his skull. I saw my face in his skin. Adam thrust his head into my shoulder and sobbed. He stopped and stared at me. Adam’s eyes lit up with unspeakable terror. His voice was breathless and hoarse. The buzzing increased. I began to shake as I realised that that awful, alien sound came from him.

“There was a case I had to work on. That bastard Woland got me to represent one of our clients: Mr Adam W—, the director of a mutual fund. It became a sick joke that Adam and I shared names. Now Adam was a busy man, always at work. He was a Russian. He always got violent when he drank, but mostly took it out on his furniture. Now let me tell you Tom for every time I repeat this it is as if time fast forwards and I get closer to death.

Late in May 2029, Adam’s sixteen-year-old son enters their shared flat in Tottenham Court Road at night. They live there together. The son is also drunk, but drunk with friends, not drunk alone like his father. This is around 1 AM. Now things are going wrong for Adam. His fund is failing. Investors are pulling out. This was just after the Second Recession hit. So what does a man like Mr Adam W— do? Does he cower and feel scared like us, Tom? No, Adam is a new breed of man. Adam takes his anger out on his son. Beats him so badly that his son can no longer walk. Woland, newly promoted over me, told me to represent this monster. Otherwise, I was out of the firm. I acquiesced as I was financially drained because of my divorce. Morally drained too. I won the case.

Let me tell you something I have learned, Tom. It does not matter what is true, only what those in power say. I was weak, a cuckold, and was trapped in that job because of SecRes. So, Woland took advantage of me. Every time, I thought of some scheme to improve myself but nothing changed, I think of that crippled boy, only one year older than my Natasha, and I realise I can never leave Dreamland. I wanted to trip with you back in May last year to gain some perspective on the matter, but what an awful choice that was. Let me tell you what I saw when we tripped. Let me tell you because you are coming down and I will leave soon. You have seen the devil. What scared you most was that he was human. That is why you are in Dreamland.”

Adam’s body morphed into my own, so that I was sure I was staring at my own reflection. My body changed in the glass. Tom’s teenage form slowly faded. Terror seized me. I was in my room alone and coming out of my getaway. I looked at the figure of Tom, fading as I returned to consciousness.

“So I’ll suffer?” I said to myself as my eyes opened.

“You can’t leave,” said Tom softly, “You have spent all your money in Dreamland now, so you’ll have to pay for your stay with work. This was the last getaway that you could pay for out of your own money. Unless you leave, you will be part of Dreamland.”

A knock sounded against the wall. I looked in terror towards Tom but he was gone. I knew Tom existed. He was only a few streets down, studying at the London School of Economics, but of course, Tom would never try to save me. He was ashamed. A brother, trapped in Dreamland. I would be ashamed too. We would never have tripped together. I tripped alone on Agri Hill.

I was alone in my room. Millions of eyes stared hungrily at me. The buzzing reached an awful pitch.

“Strip,” said the voice above. My hands shook. I undid the buttons on my shirt. I undid my trouser zip. I slipped off the rest of my clothes. Claps and cheers thundered across the hall. Dreamland’s teeming crowd watched on in glee. I trembled under its lurid gaze. I began to dance, my thin legs shaking. I grew more confident in my movements and danced around the room. It was cold. I increased my pace to keep myself warm. The crowd laughed.

“See how the men appreciate your efforts,” said the voice jubilantly, “You are now on the debtor’s plan Dr E—. You will have most of the tools still available for consumption when you are free from work. We have attempted to contact your wife and your parents regarding financial assistance but we have not heard back. On this new plan, you will no longer have access to our premium service of tools in sectors Cmdccclxvi, Wmdccclxvii, Amdccclxxvii, and Bmdccclxxx. For a more detailed overview of your new plan we can talk after your shift. Remember, Adam, you are always free to leave when you choose. You will just have to ensure that your work matches, or exceeds, the number of tools you take. As you must know, no man has ever left Dreamland.”

I nodded to this as I danced, growing accustomed to my new role. It is true that no one has ever left Dreamland. Once one sees what I have seen, one can only stay. I miss my children terribly. As for my brother, Tom, blindly going through his studies, I hope he will not uncover what I know. I understand why I chose to see him before I lost my freedom. In that one last pre-servitude trip. He is youth personified, and I, having frittered away my twenties on trifles and false appearances, know what false hope comes for clever young men like him. I have spoken to my supervisor about the meaning of the bouncer with my name and his son. My supervisor told me the bouncer is not real, but I can no longer be sure he is telling the truth.

What a world there is above me. I’d cry ‘the horror’ like Kurtz, yet even Kurtz had some power. My truth is more terrible. What I saw in my wall’s reflection was a pale, naked devil swaying and shivering in that cold, still room, beside that boy, bloodied and bruised, staring at me with blank eyes, his body hollowed out by hate. I dance in Dreamland so I won’t have to see that reflection again.