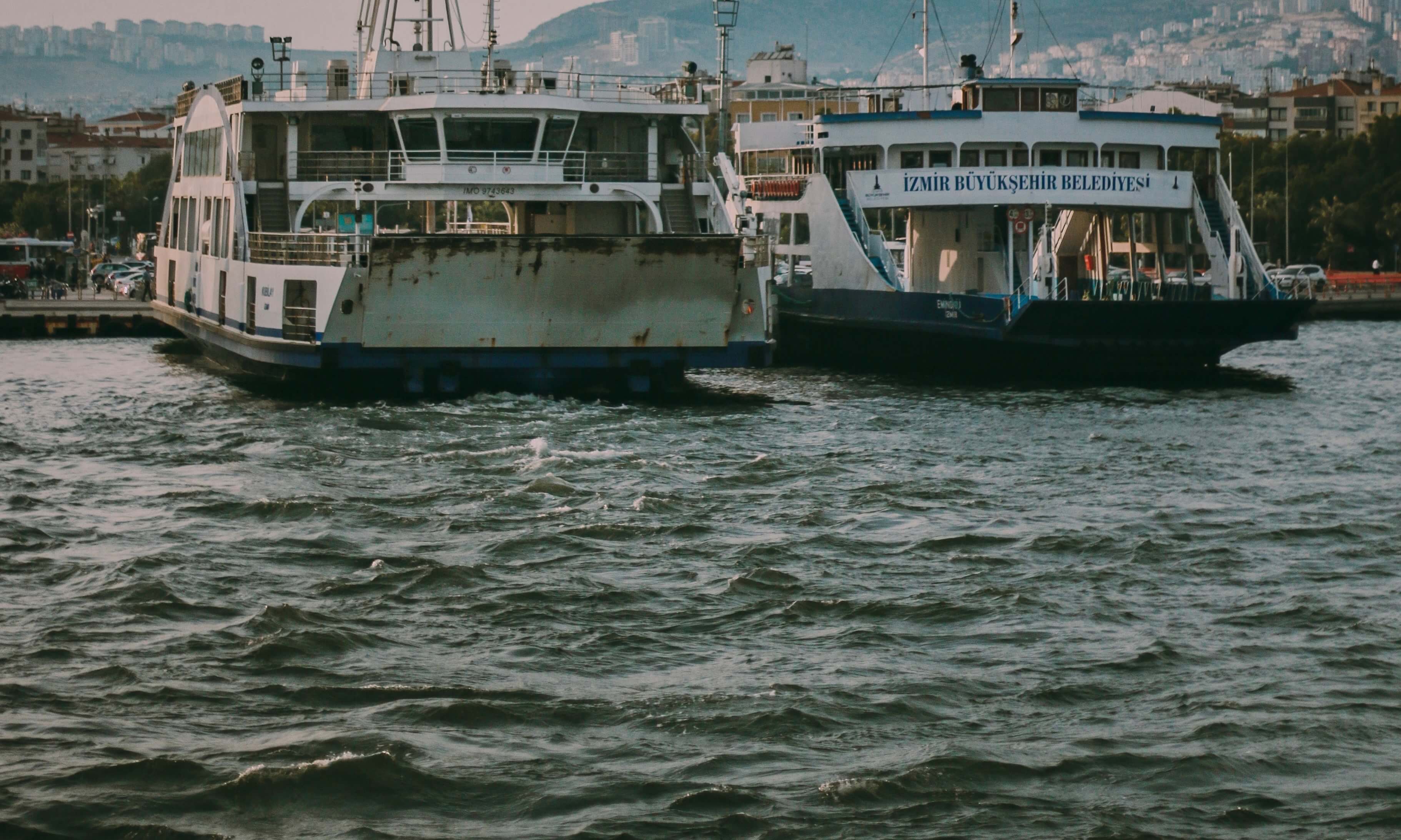 Wrapped in a milk-thick fog, the ferry seemed to exist alone in the universe. No one could recall seeing it quite like this before. “How are we gonna dock?” a man in the crowd said. His fellow commuters made no reply. An objective eye would not have been able to tell whether it was morning or evening, whether the ferry was headed toward Manhattan or toward Staten Island. Anthony Grazioli knew, of course, that it was evening and that the ferry was headed toward Staten Island. He was standing outside on the deck at the bow, as far at the front of the crowd as he could, in order to get a head start in the nightly footrace to the waiting train to get home.

How absurd it was! Anthony thought. And yet they did it, dozens and dozens of working men and women in suits and ties, skirts and blouses. And it was not a polite fast-walk that they performed, no, it was an all-out stampede, unabashedly racing each other to get a coveted seat for the rickety half-hour train ride on Staten Island at the end of the day. It was what humans had evolved to in 1979.

Beside him stood a young career woman, the floppy bow of her blouse hanging between the lapels of her suit jacket. She wore her purse diagonally across her body and held onto it. Since she was standing out here on the deck, she was already familiar with the competition of the after-work commute.

Behind Anthony, people who had arrived too late to get a spot on the deck crowded onto the staircases for the duration of the ride. You weren’t supposed to stand on the stairs, but everyone knew which rules could be ignored because the police had bigger things to deal with. Anthony, too, stood on the stairs on nights when he was delayed at work and could not make it onto the deck in time. And although he knew it was ridiculous to think so, he thought of those evenings as failures.

It was a way to live that was far easier than his father’s, who had gotten himself to the U.S. finally at age thirty (there were strict quotas in place then) and hauled ice up tenement steps—and this after working the fields, from childhood, for some padrone on the outskirts of a dusty southern Italian town that still practiced feudalism, as far as Anthony could tell from the little his father ever said about it.

Anthony’s own work was cushy, climate-controlled and indoors, his tools paper and calculators instead of scythes and icepicks. He analyzed money to help people with money make more of it. His suit and tie were nearly as pristine at the end of the day as at the beginning. Because his father had managed to send Anthony to college.

And now here he was. And there, on the other side of the harbor (if Staten Island still existed in this opaque fog, if anything still existed besides this ferry and its crowd) was the tall townhouse he had bought, where he lived with his wife and daughter. His teenaged daughter who wore jeans every day and black shirts that had white sleeves and menacing-looking rock stars on the front, and feathers hanging from her ears. Who said things like “Disco sucks.” There seemed to be a sort of war about music going on, which Anthony did not understand. He had not really paid attention to music since he was a teenager himself.

He was old-fashioned and he knew it. He wished his daughter would show an interest in learning how to sew or cook. He wished he didn’t hear her fighting on the phone with her boyfriend. It seemed sordid. His own friends, men he had known since grade school, teased him about his formality, a formality that must have come from his father, who, after Anthony’s mother died and her family tasks fell to him, had signed Anthony’s birthday cards, “From Your Father, Anthony Grazioli, Sr.” Maybe he should have been a man of his father’s generation, wearing a fedora. No one wore hats anymore either, men or women; every last person crowded onto this deck was bare-headed.

Every year he looked forward—more than he would admit out loud, even to his wife—to paying their little Christmas visit to the Henningers, the elderly couple who lived a few doors down in a standalone, shingled house that was dwarfed by the new townhouses beside it. He liked being in their presence: the stillness, the calm, the stoicism he sensed from both of them. It was a comfort to him that even his daughter liked it there. She had not outgrown her delight in their popcorn-strung tree, whose real needles she always bent to sniff, or all their homemade things. She had even surprised Anthony last Christmas by asking them—possibly with a note of longing—“Do you ever fight?” as if she, too, were interested in regaining some lost communal knowledge of a more civil way of living.

But it was his guilt that made him think of the Henningers. He had been a coward. He shifted uncomfortably on the ferry deck, careful not to brush against the young woman beside him. Last Christmas, the teenaged son of a neighbor Anthony avoided (the man was a hothead) had begun banging on a drum set every day in the garage, with the door open. It made a racket, and when school started up again after the holiday, the boy still pounded every afternoon and evening. Mr. Henninger had come to see Anthony. He wanted to enlist him in speaking reasonably together, as a group of neighbors, to the hothead father of the boy. And Anthony had lied. He had looked right into Mr. Henninger’s gentle old face, at the man who lived next door to those drums and needed his help, and said the noise wasn’t bothering him or his family.

Later, Anthony told himself that he was right to avoid entering into a dispute in the neighborhood, to avoid any risk to his family’s well being. The important thing was to look out for one’s family—no one else was going to do that for you. And, the noisy drums stopped a few days later anyway.

So he needn’t keep thinking about it.

He felt alone, standing there in the horizonless fog. Alone and naked, as if before God on Judgment Day. With his easy job and his desperate nightly running so that he should not stand on the train. As if to wrench himself from this feeling, to anchor himself somehow, he decided he would grab the hand of the young woman beside him. His hand was just near hers. Ahead, the yawning mouth of the dock was taking ghostly shape out of the fog. He would grab her hand, he thought, and they would stand stock-still together. When everyone raced off the boat, they would let the crowd stampede around and past them.

The boat made its usual bump against the dock, and everyone swayed. With a clinking and clanging it was secured to the grimy terminal. Bits of fog licked the edges of the wide opening. A crewman, who seemed to appear out of nowhere, pulled open the gate, and immediately the crowd ran through, Anthony included, running, running, racing his fellow passengers to the waiting train.

Laura Maffei was raised on Staten Island. She received an MFA from the Michener Center for Writers at the University of Texas at Austin. She edited American Tanka for twenty years and currently heads the English department at a private college-preparatory school.

I Learn My True Nature