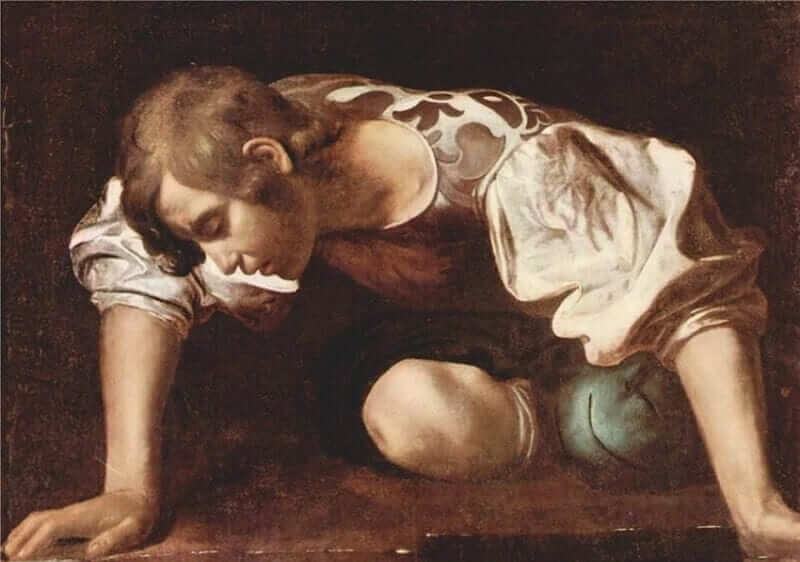 A Tale of Two Flowers

The Pool of Narcissus
There was a pool in legends of old, nestled amidst the glens of Boeotia. Here, the water ran cold and clear, sheltered from prying human eyes. And here did the most wondrous of spring flowers bloom. Daisies and daffodils, and vibrant wildflowers whose beauty had yet to be named.

Lysandros was only but a youth, when he chanced upon the clearing, and soon enough, tales of his discovery travelled across the streets and taverns of Thespiae. Young Lysandros discovered it, the old men would say, a clearing like no other, with a lake and streams fit for nymphs!

His younger companions listened wide-eyed to the musings of the elders, until even Lysandros himself forgot he was a witness, and the tale of the clearing entered the towns folklore.

The nymphs of the glen were no longer imaginary, and along with names the people of Thespiae gave them myths and stories – chance encounters with the river gods, and songs that satyrs had sung in their honour. Before the close of the year, the Thespians spoke of Lysandros’ clearing as they would of a sacred temple.

It is here that Aphrodite bathed, they would say, their eyes glazing over at the thought. Immortalising the beauty of the waters… And the flowers on the bankside… Pah! Those, why, those are merely the remnants of all her unfortunate suitors. Of the foolish young men, much like yourselves, who took it upon themselves the impress the goddess of love. ‘Ναρκωμένοι’, they said, that’s what they were – struck-dumb by her figure. And the elders would cackle at the thought.

And before the stories had time to settle, the ναρκωμένοι had become Narcissus, the embodiment of the vanity and foolishness of youth.

By this time, Lysandros had grown into an old man himself, and as the children of Thespiae gathered at his feet, he would speak wistfully of that legendary pool in the mountains. That sanctuary of beauty, which no man had been fortunate enough to witness and come back alive.

There was no life in this moonlight
Only the slow, steady, beating rhythm of time
And the corpse.
The blood-stained flowers of Actaeon
Standing bold against the darkness
Calling, through the stillness of the night.

Petros and the Anatolian Wolves