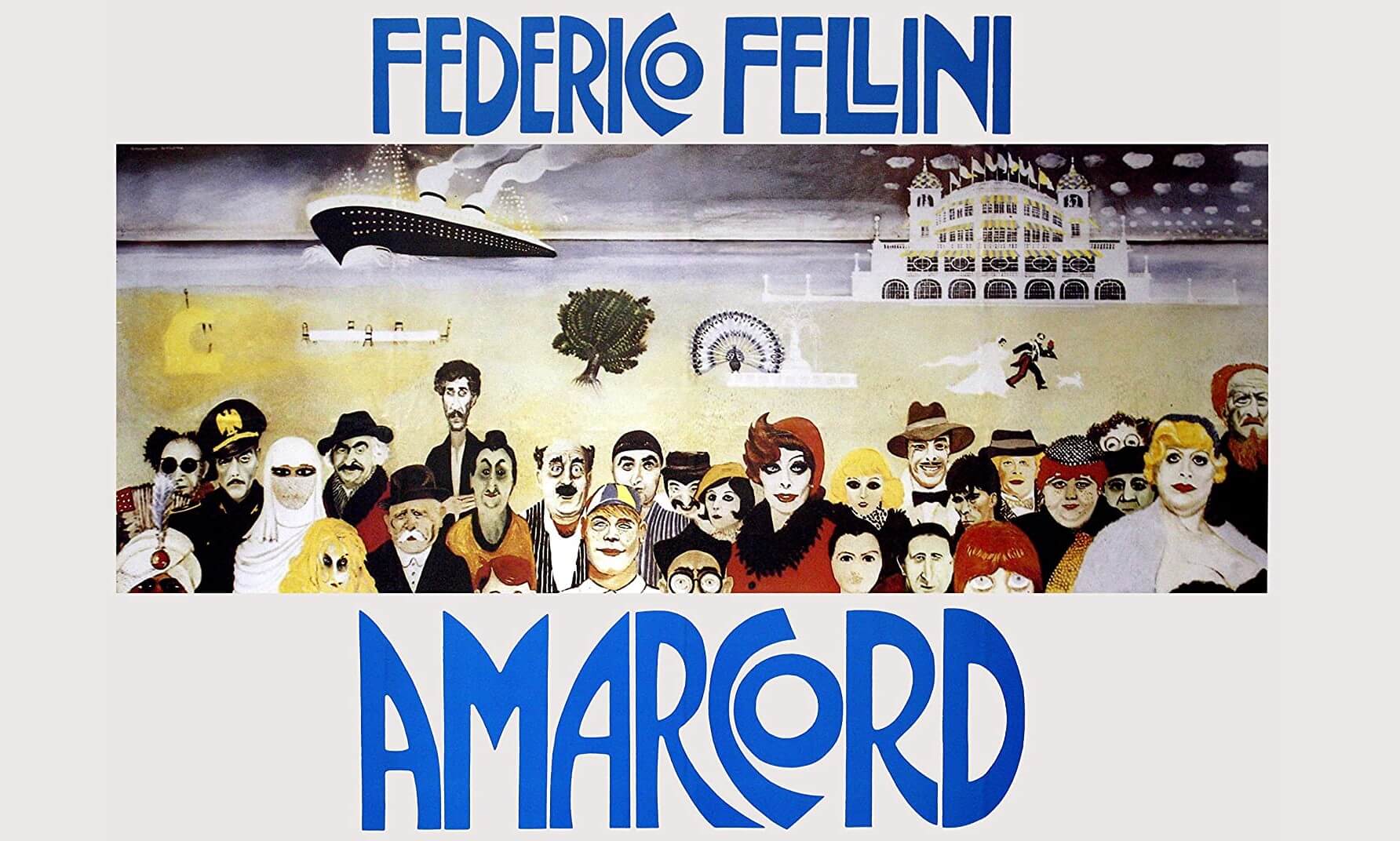 ‘It’s night-time. What an awful night. I am driving a black car that’s racing dizzyingly down a path that spirals down around a mountain. I can’t seem to stop despite the fact that I’m pushing the brake pedal. On my right there’s a precipice. Other cars are coming up, flashing their lights with fear.’

I don’t really know what I’m living for anymore. It’s been six months since Amarcord and I still feel like I’m drifting. I'm carrying on with my day-to-day business as though nothing has changed. As though nothing had really happened before it, and nothing was meant to happen after its culmination.

I find myself looking back to that morning by the sea, on the final day of shooting. I was talking to Bruno (Bruno Zanin, the actor who portrayed ‘Titta’) after some of the first shots, as we sat by the quay and waited for the cameramen to change the film. His eyes were that morning. They had turned a light grey in the mist, and they carried behind them a depth, a tenderness, a sensitivity I had never seen before. As we chatted away absent-mindedly, I could tell he wasn’t focused on our conversation. He was still in the role of Titta, still looking out at the sea, oblivious to the group of warmly clad operators and directors standing right behind him.

And I noticed his right hand, twitching slightly, inadvertently, as it rested by his side. But he didn’t pay it any attention. At that moment, the cigarette-deprived hand, twitching in the cold, and suffering from the deprivation of tobacco after a moment of shooting, did not belong to Titta, but to Bruno. It did not belong to the clear grey eyes of the youth starting out at sea, dreaming of another reality, but to the brown, dulled eyes, of an actor waiting to play his role. Right there, as the cameramen were struggling to cram the roll of film into the compartment, I realised that I was looking at two men enclosed in one body. Or rather, it would be more apt to say that I was looking at one man enclosed in two bodies. For the man before me was not just Bruno Zanin, or just Titta Biondi. He was just a soft voice, wordless and unadulterated, carved and altered by the body that bore it. The shifting eyes, from striking to dull, to striking again, belonged to the same spirit. The same existence, longing for reprieve.

And then the scene began, and I watched the grey eyes turn to face the sea. I watched the tall body, rigid and erect from behind the lens, looking out at the horizon as the waves rolled towards it. The right hand, still twitching ever so slightly by his side.

When the shot finished, in that single split second, I felt the body afore me die.

The shoulders loosed, the twitching hand entered the pocket, and the head turned around, grinning. I think we got it, he had said, or something of the sort. His eyes were glinting, and his smile wide, but Titta was gone. And the Bruno that had lived through Titta, the one that made Titta’s right hand twitch and shake for no obvious reason at all, was also gone.

I was brought back to reality, violently and abruptly. That was all that Titta’s life amounted to: a dream. There was no continuation. Titta died on that very quay, looking out to sea. His life, his purpose, his voice, faded in the low, hissing wind. And it had to be that way. It had to. For if Titta had continued to be, if the camera had rolled on for even another minute, if he had returned to Gradisca’s wedding at the village, or ran into the shouting Ovo, the spell would be broken. The dream would be over, and Titta would have never even lived.

It is perhaps this, that defines that best encapsulates the final scenes of a film. For with its culmination, it does not herald the death of its characters, but rather, their birth.