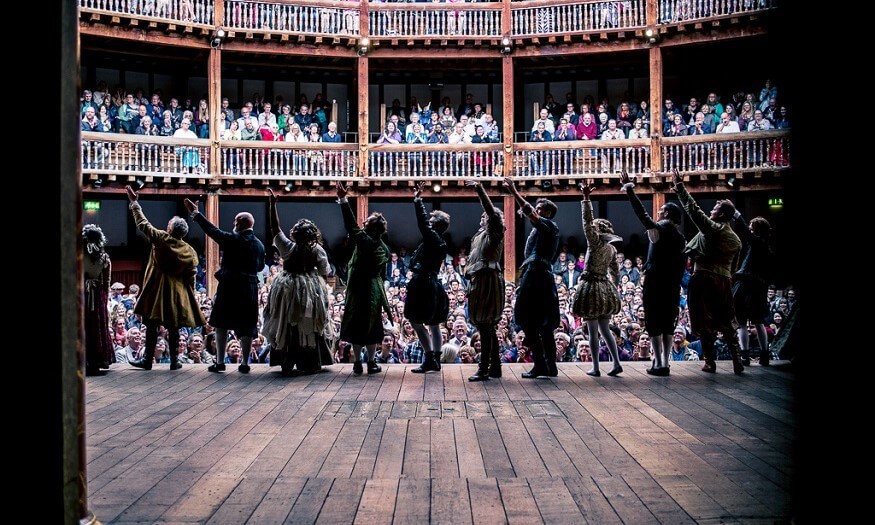 “Sweat does not ‘bead on foreheads.’ It does not form “lit-tle ri-vu-lets.’ You must sweat differently, Vronsky, you sap—you whoring wretch. You must capture a picture of what is happening and make it steam-up, flame-up. You must be a flame-eater who has turned outside-in and has begun indefatigably inhaling vodka, you bloody footstool!”

Chet Vronsky looked at Ursula contemptuously. Yet there, in that sulk, remained the unabashed understanding that only Ursula could save them. They were a mere thirty minutes away from Vronsky’s stage debut. One remarks them and they because Ursula Shwin, the famed and infamous acting coach, took all her students into the grand encowling embrace of her own life, her very own life, such that, one minute you were a student and, the next, you were whomever you were plus some of Ursula Shwin herself. And for her part, Ursula adjoined her own selfhood so fixedly to the beings of her students that many an acclaimed actor, in the blistering hot fever of practiced soliloquy, had been seen to undergo identity episodes of immense psychological strain. A veritable disembodiment, with limb-tremoring, hair-yanking, eye-rolling and the rest.

“My, my—no, no, Vronsky, you fool! Where is all the learning?” she said, pacing. “You must possess it and throw it away—throw it away, I say! You must not ‘puff out your chest.’ What is this ‘puffing out your chest’ business? It’s perfectly juvenile. Chests do not ‘puff.’ They just don’t. You must breathe again and rub the stomach. There must be absolutely no ‘puffing out your chest!’ Do you really want the weight of seventy generations sitting directly on your testicles? That is the fatality of cliché, my dear! That is the painful error of craft without genius, without misery and catastrophe. What you must do, you will. It has nothing whatsoever to do with what one ‘can’ do. Greatness is only concerned with the tyranny of necessity. You will wallow in the grey matter! You will damage your understanding of yourself! Oh, yes! And you must revel in this danger, this mongrel fault in the blood-red universe of human creation. Only you can do it, Vronsky.”

“It is difficult to forget the learning,” admitted Vronsky.

Vronsky gave it another go.

“Good sir, dear student,” Ursula interrupted, slapping the wooden flank of a stage prop with mad discontent, “we do not use ‘miracles.’ Nothing happens ‘miraculously.’ How’s that, you ask? Everything ‘miraculous’ derives from our spinal fluid! You must ooze ‘miracles’ by merely taking a step, by merely looking, by merely showing your poor doomed face. By walking from one mark to another, you must make them pay for it, pay for being here. You must make them pay for paying for their tickets—you must make them earn what they merely purchased! You must put them on the rack for it, if you must—and you must! All this alliteration—in toto!—it is nonsense! It is mostly entirely nonsense! Do not ‘Peter Pan picked a pepper-’me. This is a devil’s bread and the demon’s butter. I am fed to my golden fillings with this treacle! Start again—begin again.”

So Vronsky gave it yet another go, with the clock giving an unfriendly and stern thrusting-on, as though divinely commissioned to squash Vronsky’s career before it could begin.

Ursula Shwin could not be pleased. Indeed, she was now standing at the height of a ladder, threatening to leap off should Vronsky fail to act.

“Vronsky, you simpering rube!—you must not be so simple. Simplicity is for the dogs! Not every cutting of life begins with a train crash or a funeral or a wedding engagement. If I hear ‘serendipity’ again, Vronsky, I shall jump from where I stand. Acting is not so easy as you pretend it to be—one cannot merely suggest, ‘And as ser-en-di-pi-ty would have it, there she was, at the train station.’ This is tosh! This is for the dogs! You must engage in the discrete division of self: ‘I’ for an ‘I,’ Vronsky! ‘I’ for an ‘I!’”

“You must not reach for the ‘soul,’ Vronsky, for you have no ‘soul!’ You are a proper poor spoiled wretch who thinks adversity is no scoops of sugar instead of two! You think no scoops of sugar instead of two is the limit of celestial torment, that there is one final electric harpoon careening toward your silly white tunic of a self-conception and that this electric harpoon is thrown by an angry colossus who has, by the by, marked you out for a rough time. Well this is the delirium of blaggards and bloody Tsarist fools. You’ve no time for this, Vronsky. And, Vronsky, we do not care about your face. You will give us your face in turns. An actor’s face—it must always be ready to sigh. And nor do we care about the shape or dress of your body. This is skylarking. Utter and unconditional gratuity.”

“Vronsky, if you think you are acting, you must stop: we do not care about the context, the setting, the thousand-and-one fogs whooshing through your brain. You must ‘I’ from the world, Vronsky. It is a formidable notion, don’t you think?” said Ursula from the very top of the ladder, feigning imbalance with one foot off the step. “We do not care about the beginning or the middle or the end, Vronsky, for that’s been well and done with for ages! To make any sense, to make anyone care, you must exist at the edge of death, dear boy!—you must fall in love with the impossible!—and you must do it all again and again and make them pay for it!”

Albe Harlow is a 2019 graduate of Columbia University's MFA Writing Program and a reader for Harvard Review. His disciplinary interests span literature, architecture, modernism, gastronomy, poetics, narrativity, and philosophy, and are often seeking the ways in which these discourses mingle and become one another. Work of his is published in 3:AM Magazine, Contrary Magazine, RHINO 2020, Charge Magazine, Princeton University's Inventory. Additional work is forthcoming in 3:AM Magazine.

Taken by the current