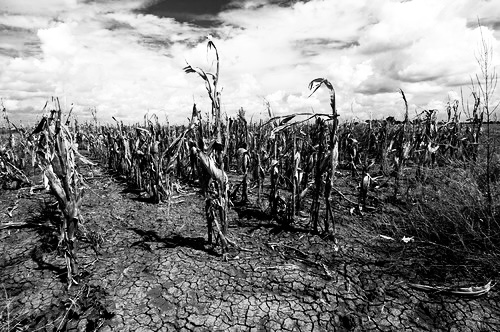 The concrete paths of the cemetery. Like paintings on top of the crispy grass, thicker than the width of the car I drove to get here. I mark out another. It isn’t visible. Drought reminds us we’re always in a ghost town. Here, steps are barely recorded, only discarded. Stones and flowers, a snake. Dirt and shovels left behind from yesterday’s shift, a flag at the centre of it all, not as tall as the palm tree. An invader, both of them. Which came first, the idea of freedom, or the dream for it?

The echoes of orange groves past skipslidesing through Californian electrical wires, connecting string instruments to a river with no more liquid to give. Corners of streets litter themselves with recycling bins too colourful, for four in the afternoon. I’m not in the mood to touch something so bright. Not yet.

A crow flies in front of me, landing on the top of a port-a-potty, shuffles its wings then cocks its head, judging a person in a shirt unbuttoned, hand out a window with too-long guitar solos shaking its frame. They can’t touch it, the tapping of a pen on a sill slowly moving, circling Anna and the grey hair on her tombstone, lit from years of remembering to forget the flames she’s surrounded by, tracing the outline of Aren and that frown he might have worn as his uniform.

‍Why am I here? I turned right. Is there anything for me to do? I don’t have flowers. What should I do, while I’m here? Keep going. Where should park? No, not there, she’s wearing a black dress, I need to let her through. Do I know anyone? No. Who would come here, without someone to think of?

‍What am I here to answer?

A throat warm. A mind, weakening. A heart worn. Not sure where to look, where to go. No, sure. A corner: magenta. A coyote: the last time I visited here another ate my mother’s favourite cat the day after. An open wound. Most writing, I can’t read it. There and around and close the door, smile, tears, another smile. No right subject in these sentences. Cemeteries: a place of empty subjects, gone to distant places. Far, depending on who you ask: a book and its testaments, a person and their conviction, the sea. Fewer tears, a brighter brown, some moss pupils and the bowing of a head, take a step without making too loud a sound, left, another left, behind that tree, closer, closer, sit.

‍A breath flutters below to an octopus’ cavern, now in the belly of a fish next door eaten by another fish, caught by a net near an island now a half-inhabited resort, where it’s sliced open with a knife too blunt for a clean split and a particle of blood drops into a bucket dumped into the sea, now it’s floating to another cavern…

Trying and trying and trying, tying up loose strings I don’t know where they are anymore, names for people I learn nothing much of I see next to me as I hear, I won’t ever return. I’m leaning against oak and a desk and a diving board, twisting my spine until it cracks and I can’t feel it anymore.

In a land too dry to plant itself, dust swallows me every time a Prius flies by. Maybe underneath where I sit, bones which used to be someone just joined the soil. Still, they may be ripped apart again, next time a fire roars through this mountainside. Or maybe the dust’ll land on my skin while another Prius soars by.

A throat warm. A mind, weaker. A heart worn. The echoes of orange groves past fly through electrical tires, connecting strings to a river with no more liquid to give. Corners of streets litter themselves with recycling bins too colourful. For four in the afternoon I’m not in the mood to touch something so bright. A crow lifts its wings. I button my shirt. I plug earbuds into a phone. A sigh. I stand. I’m not back to it yet, the tapping of a pen on a windowsill, trying to reach Anna and Aren and others lying around me, resting.

I cut across crispy grass ignoring concrete, spiralling to the car I drove to get here. I mark out a path but it isn’t permanent, drought erases all steps, reminds us we’re always in a ghost town. I hop over stones and flowers, a snake and dirt and shovels left behind from yesterday’s shift, twirl around a flag at the centre of it all, not as tall as the palm tree. A monument, both of them. Which came first, the idea of a person, or the scent of orange ghosts?

Part One: What People Say About a Passing Bullet