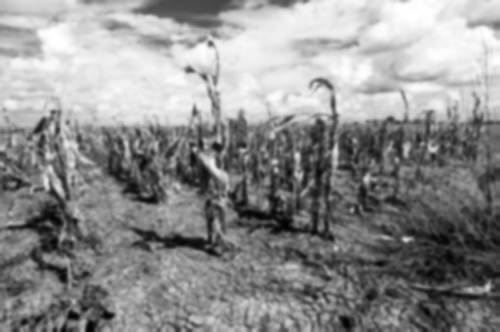 I’m sleeping at staggered times. It’s less a habit, more a burden I try to convince myself I’m turning into a choice. I read for longer but reach fewer pages, watch YouTube later while learning more and less, somehow at the same time. I find a meaningless task or two to complete, respond to an email while thinking about Georgia O’Keefe the entire time. I can do anything to put that off, distractions occur to me always and I add something else and more, watch as I pretend then believe then act, I’m almost halfway there and too late; waking up’s felt like pulling off my skin.

orchards are removed and vegetable yields are low

number of fires and area burned are extensive

I’m playing a few games before I find myself again. Picking a letter and making a list of every film with it as its first. Drinking five litres of water a day. Turning off notifications on my phone, waiting for an angry email accusing me of missing a deadline; seeing fast I can recover, smooth over conflict with two more emails where I pretend to be so disgustingly apologetic I smell the lies steaming off of the screen, scenting my contacts. I’m getting away with things. Walking around the block in circles, counterclockwise until I forget which house I chose as the starting point then turn around, try the same thing, clockwise. Going through my camera roll, finding a photo where I recognise myself, then reconstructing the moments before that conversation froze in time.

many recreational activities are affected

I wake up not feeling ready. The outer shell of my skin is trying to fall off. How I move on: I pull myself through by rubbing against a rock until a layer shatters into pieces. I shed a little by playing for a while, then when I least expect it, the outermost coating rips off after hanging on too long, too dry. I have stocks of bandages, ointment creams, too many in my bathroom, on my desk, in the pocket of the front seat of this car.

What I think about something and how I feel about it don’t tend to travel on parallel roads. When I’m feeling something, I feel its force. I just don’t know its name, sometimes not for a long while. By the time I know its name, the playground’s been emptied, a cemetery of interactions that could have been.

Doubt and certainty, they live right next to each other. It isn’t as if they’re in opposition, on either side of a spectrum I’m sliding between. Rather, it’s as if they’re always sitting next to each other. When one side feels lighter, it can bring the other up with it, or down if reversed. I feel confident, I can’t breathe evenly. I take a walk, my brain shuffles too quickly from thought to thought. Increased pressure on doubt exerts peer pressure on certainty, making each want to prove they can take more, more pressure, more sound, more frequencies. Both doors always seem unlocked for the other, willing to lend a hand for each other. But not for me.

I’m leaning against a rock to catch my breath, waiting for a tear. ‍

Doubt and certainty, they’re the cool kids on the playground, hogging the monkey bars. I’m trying, trying to let some of the other kids in. But emotions of mine, some of them were logged into the loop machine of my triggers earlier and so, when familiars are activated, I seem to copy  what I’ve done before. Taking a water break with uncertainty, searching for the exit so once I peel myself off a rock, I’ll know where to crawl.

I’m negotiating with myself. How much can I be trusted to take control? For the power to choose what I’m about to do next, like falling asleep, for instance. Do I need it, really? I do, obviously. But convincing myself of it? That’s another game I’m playing. It’s only taking longer to finish than I wish it would. I’m still hearing a distorted echo, after spending too much time online, with snakes, coffee, coyotes. But it took them three tries to burn Joan of Arc’s body. I learned that today.

I want to sit in the living room of a house, silent for hours, watching for whatever arrives. Never speak the entire time. Then once I can’t remember when I last stood, I’ll step outside. Find the right rock to rub against and suddenly a surface will shatter. The burning of a ghost I’ve lived with’ll swallow my throat and its ash will cover me ready for a shower, for the next beginning. ‍

I’m driving on the highway now, seeing only golden hills. They all look the same when I’m moving so quickly, though if there weren’t other cars and trucks around, I’d drive so slowly I’d barely feel myself move. Then maybe, noise will quiet to song. Tracing lanes I’m forgetting myself already though, focusing on a bend and skipping past that Shawn Colvin one I listened to, too many times yesterday, Ricochet in Time.

According to the U.S. Drought Monitor Classification Scheme, much of California is classified as D4, an ‘Exceptional Drought.’

What I’m missing starts to occur to me but then I look outside.