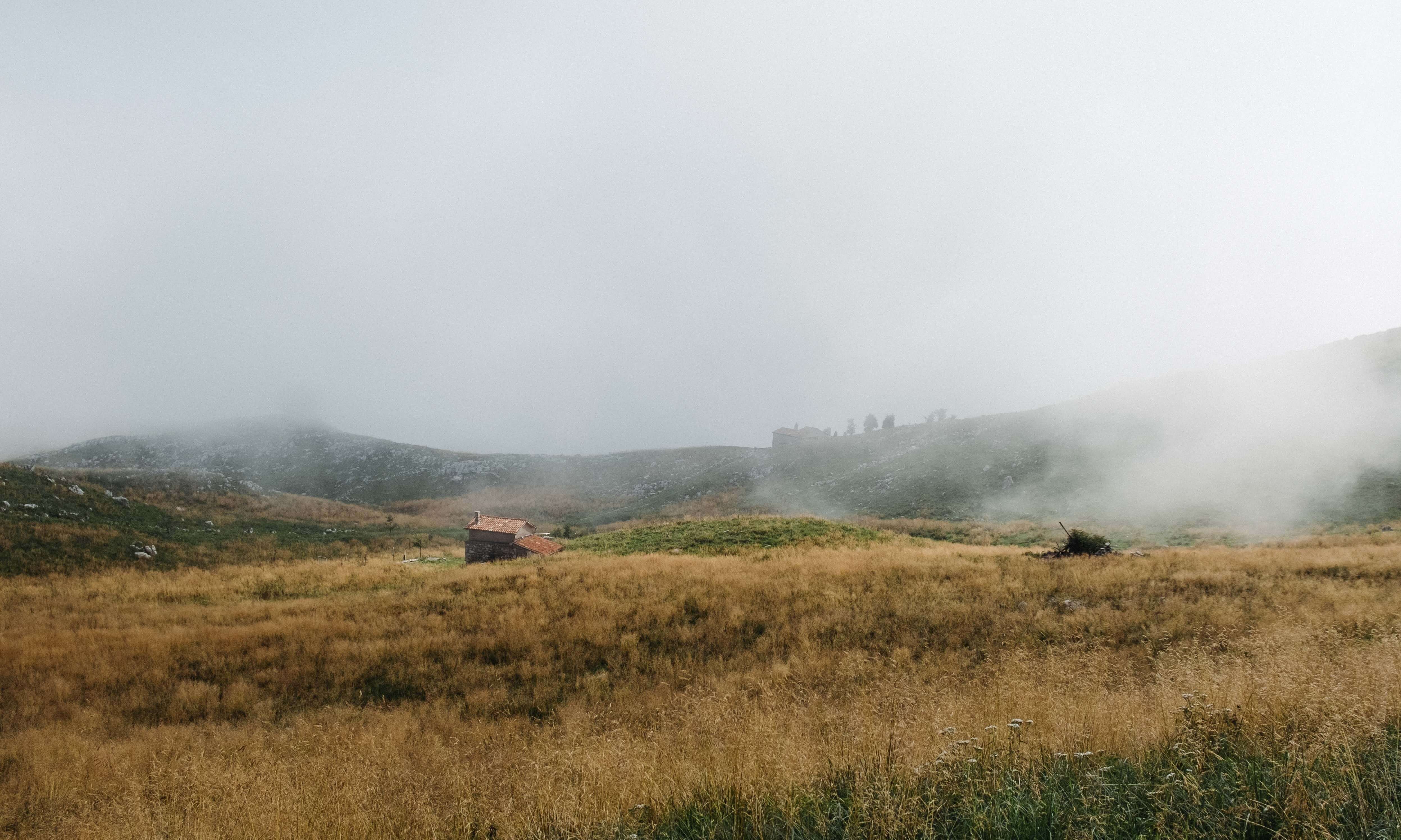 The sands lead the dancing of swirls,
The sun in sparkling gravel plays,
And seduced by the magic of the trails,
Along goes the drover, along he goes.

His poncho to the wind, a flag lost in the mist,
The flutes in the pasture salute his pace,
And spurring the herd through the hills,
Along goes the drover, along he goes.

The gushing of suns unveil the afternoon,
Lights now rest on darkling gravel,
And spurring the herd, dale que dale!
Along goes the drover, along he goes.

Oh! Let the night whisper a memory,
That soothes crude solitude!
As shadow in shadows, through the meadows
Along goes the drover, along he goes.

If we should, with Miguel de Unamuno, focus our attention in poets “that more profoundly belong to their country, the most traditional, pure”, then few better than Atahualpa Yupanqui to reveal the spirit of La Pampa, the endless extension of rural area that constitutes most of Argentina's territory. Atahualpa was born in the heart of the land that he then sang, in the midst of summer, 1908. The rains of January, relentless, roared through the Argentine prairie; a newborn's cry rose from an old rural post in the province of Buenos Aires, only to perish in the wind; little knew the wind that this child was to praise his constant rumor, revealing its secrets in the strum of his guitar.

Yupanqui used to say that “La Pampa is like a green guitar, that knows not how to hush, and therefore always sings”. No better vessel did La Pampa find to embody its music; none other than Atahualpa understood her so well, and thus, in perfect harmony, the breathing of La Pampa was weaved by her prodigal son into glorious melodies. In return, she whispered to him what was to be his artistic name; she baptized him Atahualpa Yupanqui, which in quechua means “the one who comes from far lands, and has something to say”. So she sent him to the world, with nothing but his guitar, and thus the world listened the cries of La Pampa.

“El arriero” is but one of these many hymns, and perhaps the one that most beautifully illustrates the wanderings of the gaucho through La Pampa. The Argentine gaucho is surely the literary symbol of the nation,(best depicted in the writing of José Hernández, his Martín Fierro). In this song, Atahualpa sings the craft of “el arriero”, whose literal translation is “herdsman” or “drover”; “the one that leads the cattle”. But no arriero in La Pampa is only that, for every arriero is also a gaucho, and the gaucho is much more! He is a figure so heartily tethered to his land that attempting any translation would surely transform his essence beyond recognition. One can venture to mumble such words as farmer, herder, even drover; barren and vague attempts indeed!

Whenever I witness the gaucho trotting through La Pampa, its body resting on the horse's back, fully absorbed in his craft, as the burning horizon of the afternoon stretches through the endless plains, I can not but think of Emerson´s words: “every man is so far a poet as to be susceptible to the enchantments of nature”. Farmers, hunters, grooms and butchers, one must not doubt that these are men that worship nature as much as the poet, “though they express their affection in their choice of life, and not in their choice of words”. Little did Emerson know that, far South, in the the Argentine plains, the gaucho managed all four of these professions.

It is behind these practices -those of the gaucho- that one senses the chant of nature in all its splendour; nothing other but the blazing sun to guide him, to command his hands around the objects of his craft, to steer his horse through the endless meadows and trails; no other cycle than that of day and night. Thus men´s presence is one more tone -and surely the most beautiful- in the everlasting symphony that everywhere resounds. For “a beauty non explicable is dearer to a beauty we can see the end of”, and thus lies the gaucho, as a part of nature itself, honouring nature´s body “with coarse, but sincere rites”. No other character does Atahualpa sing. His verse immortalizes this figure and his territory -for surely the gaucho is sovereign amongst the plains- and not as separate things: they are but one, as there is no gaucho without Pampa, and no Pampa without gaucho.

Atahualpa used to say that guitars, being made out of wood, were once a tree: “There -in the tree- used to live the guitar before being guitar”. So it is that even before being moulded into a curved and hollowed shape, even before resting on man's lap, there was the wooden crib of “infinite vibrations”: the chirping of birds that rested on the branches and, eternally grateful to the tree, sang their shelter in perpetual devotion; the hissing of the wind that leaded the dancing of leaves, there, where their greenness teetered in thin air.

It is not folly to think that amongst these sounds, deeply entrenched in the fibres of the wood, living upon its crannies, lies the chanting of gauchos that, years before Atahualpa was born, honored the tree with their guitar and their verse, letting him know how much they appreciated its shade, when resting, contemplating the sky amongst the leaves and branches, after long hours of riding and droving cattle, poncho on their back and horse on their side.

Earth for Me is Sky: Poems by Agi Mishol