On The Lost Center
|
Vasiliki Poula 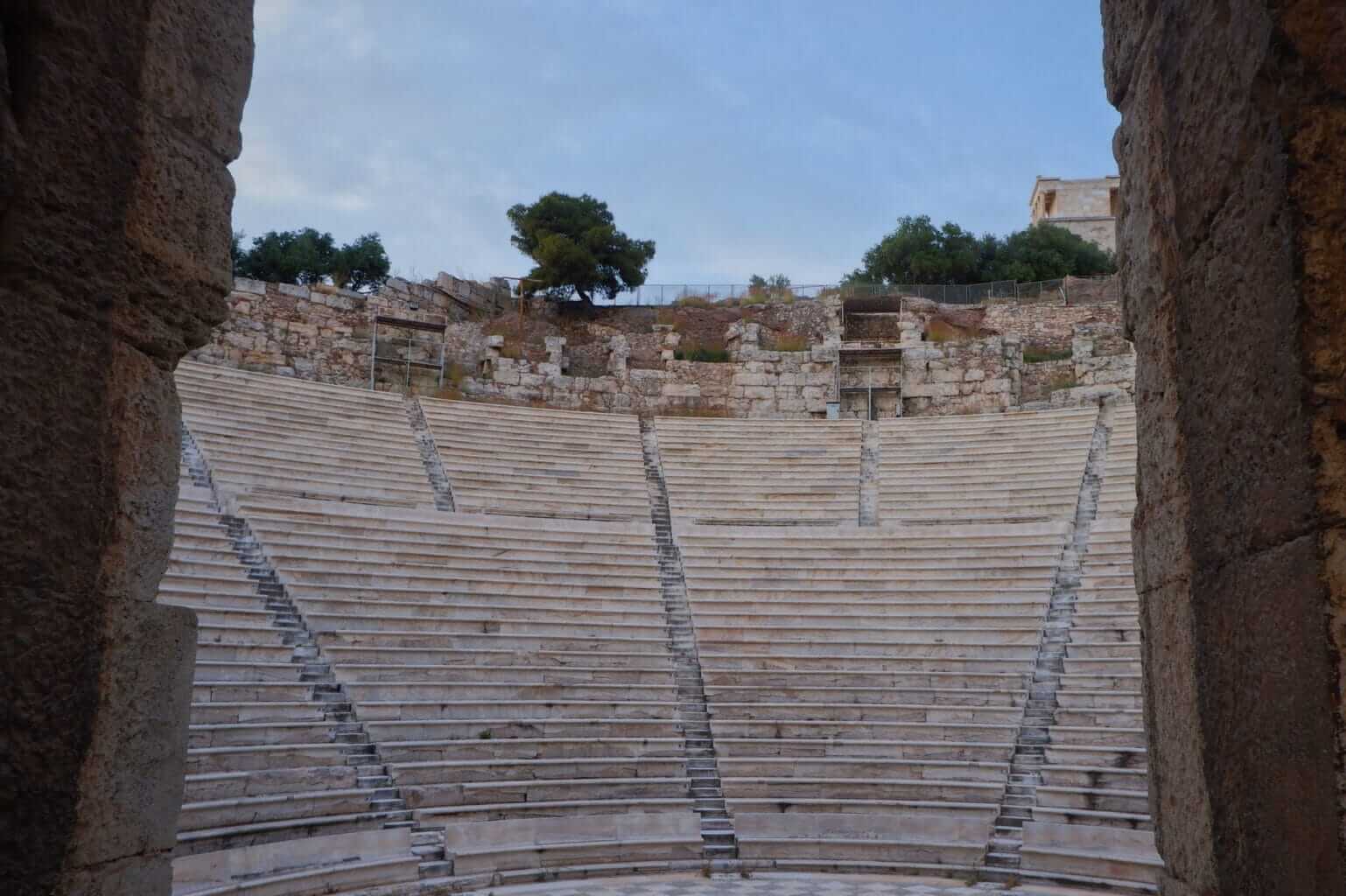 An erudite creative writer in his own right, Zissimos Lorenzatos developed into a scholarly critic and commentator without the benefit of advanced formal studies and exposure to classroom instruction. As such, his writing is that of a natural sage, of a man of inward wisdom, not of a trained and made professional.

‘Turning and turning in the widening gyre / The falcon cannot hear the falconer; / Things fall apart; the centre cannot hold,’ Yeats writes and Lorenzatos picks up the thread in a quest for the lost centre, beyond or outside the iron shackles of rationalism, for some kind of a golden mean between an expression of emotion and of control by logic.

Engaging with themes and topics derived from Greece's cultural inheritance and germane to its ethnic and national characteristics, he debunks the modernisation of Hellenisim, or the hellenisation of modernism. He observes the degradation of the Greek language, the core of the Greek sensibility, which consequently, has fractured the unity of Greek life, destroying meaning and value.

Lorenzatos believes that Dionysios Solomos, the national poet and ‘founder’ of modern Greek poetry, can serve as its corrective, its remedy, a lasting esthetic, ideological, and spiritual foundation.

A marvelous coincidence was the fact that the nation’s rebirth from its ashes, from its four centuries of slavery under its Ottoman ruler, concurred with its spiritual rebirth in the figure of Solomos whose Hymn to Freedom voiced superbly the heroic battle for that resurrection and its opening stanzas became Greece’s national anthem. Of decisive intellectual significance was the fact that Solomos, in being essentially the first poet of intellect to deliberately choose the people’s living demotic, against the artificial purist of the ancient-minded, as the language in which to write his verse, he established that language as the nation’s literary own.

There is, however, far more than these factors embodied in Solomos’ figure and accomplishment which make him for Lorenzatos the still unsurpassed poetic accomplisher, the true voice of the nation’s spirit and conscience, in fact the designer of its intellectual orientation, aspirations and goals.

With much regret does Lorenzatos delineate the sad results out of the deviation from Solomos’ code as a deviation from the uniqueness of the Greek cultural tradition and conscience themselves, a deviation much due to the unfavorable circumstances. Emerging from long extinction, Greece was too small and weak to resist succumbing to the power and influence of the Western World. The nation’s fate depended and was shaped by Western views and interests. Its liberation was to some extent indebted to the classically inspired romantic Philhellenism. Of course, of the Western impact on Greece there were long precedents. Yet it is particularly since the early part of the 19ththat the Greek intellect has been the reflector and considerably the imitator of the Western, and, consequently, of the latter’s decline and spiritual crisis that reached its apex in our days.

Naturally, on its rebirth, Greece turned anxiously in search of its national and cultural identity. Much material to that search was provided by the people’s customs, lore and songs as reflected in the so-called ethographic writing of the last and part of this century. Yet that search did not stay unaffected by a disorienting and harmful, a dividing challenge, that of the West’s wishing the modern Greeks to prove themselves the descendants of their illustrious ancient ancestors. That was the spirit of classical romanticism gladly fostered by the Greek 'purist' intelligentsia, although it did not leave unaffected the demoticists as well.

That mentality’s wish and fallacy was to ignore the two Byzantine-Christian millenia of which modern Greece was culturally the outcome. Hence, Greece became subjugated to the Western 'disease', a 'dehumanisation' which ignored the nourishment of the soul, the sense of moderation, as well as the professional 'honesty’ which an artist needs.

He concludes that if poetry is to grow fruitful and strong once more, it must somehow renounce itself in its present function, plunge into the abyss that gapes at the beginning of the world. In the abyss, poetry will find again the source and the roots from which it has strayed; only thus can it be brought back to the living light. Art must turn into the serious undertaking it used to be. Art must be baptised in the waters of faith.

This emotional, moved and touching thinking of Lorenzatos as to the evils plaguing modern intellect, poetry in particular, as reflecting wider evils in the loss of spiritual direction and ethical and other values, may, at times, have frequented the minds of lots of us. We may even have shared his wish as to a possible solution in terms of a recovery. We may have expressed silently or vocally the spirit of his advice, his urging. But can the advice of Lorenzatos be taken as something more than a Quixotic, 'pious wish,' an ευσεβής πόθος? Does it resonate as a primeval and eternal necessity, rather than as a wish in the privacy of an individual soul like that of Lorenzatos?

After all, is the lost center still recoverable? Can it transcend the quandaries of our modern awareness? And are we still able, with all the blinding fascination of our scientific and technological discoveries, revelations and advancement, to recover our faith? Can we even deviate from those ominous gyres that Yeats recounts, can we retrace our steps?

Or perhaps, there is another way, to recover the lost centre. Perhaps, the centre was never really lost.

Only time will tell.

Before the Morning Begins & The Moth Man