Poetry Comes From a Place That You Command
|
Konstantinos Doxiadis 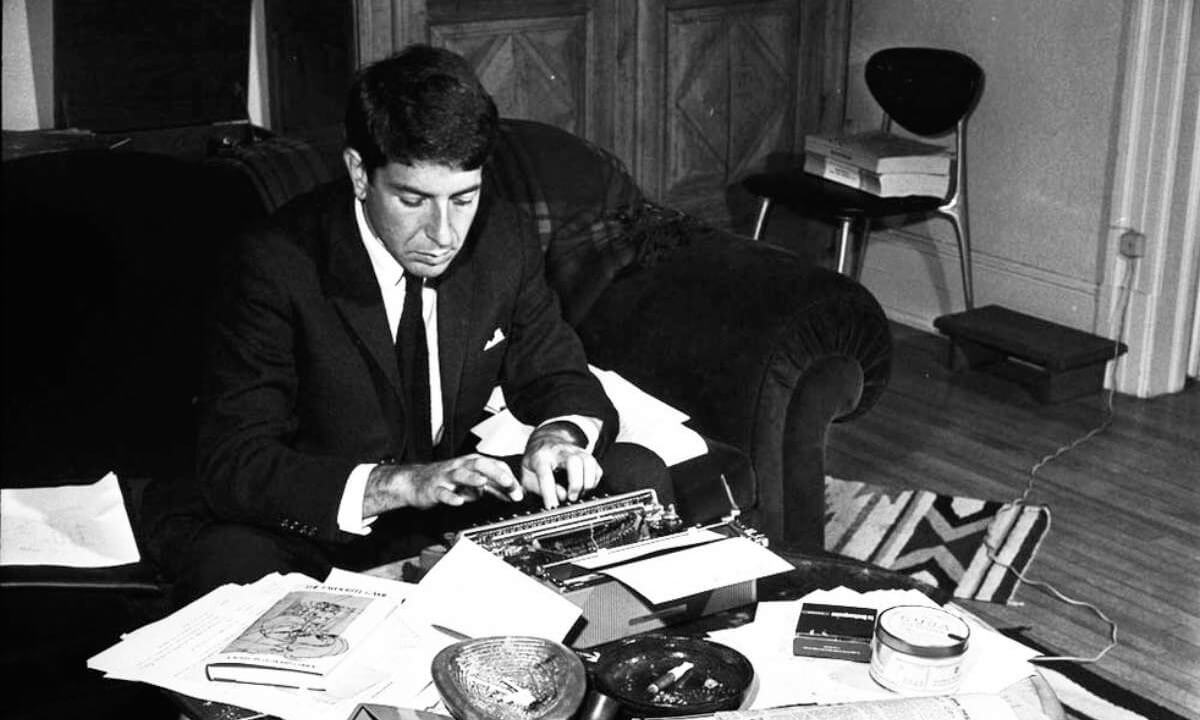 Poetry Comes From a Place That You Command

‘Poetry comes from a place that no one commands, and no one conquers’ – Leonard Cohen

Conviction, unlike many other types of belief, is dangerous when blindly transitive. Of course, there are certain cases when we would want one person’s conviction to garner widespread support and reassure others not privy to the same information. For example, when an engineer tells us they are convinced that the bridge they built will not fall, we are justified in adopting their sense of conviction, without necessarily possessing the source information. Instead, the main rational justification for having a strong conviction lies in the initial bearer of the news himself – namely, in the engineer, and the training and certifications we assume they possess, that place them in the prime position to make such claims about bridges. However, in certain fields, a transitive conviction between creator and audience is not necessarily desirable. As you may have already guessed – given the initial quote from Cohen – I am referring specifically to poetry, although my argument could be generalised to any creative form of expression.

Most poets are prone to making lofty claims regarding their craft, and renowned poets also carry a certain gravitas that makes their audience much more inclined to accept their opinion as fact. But it is crucial to remember that a poet is not a civil engineer, and that any opinion on poetry by any poet would be done a disservice if it was not properly evaluated whenever considered. Having previously taken Cohen at his word when listening to his acceptance speech for the Prince of Asturias Award, I realised that his views on the origins of poetry did not sit too well with me. Leaving the appealing sentimentalities aside, where does poetry actually come from?

An obvious first answer is to simply say ‘from the poet,’ or rather, ‘from the poet’s mind’. This allows us to develop upon Cohen’s original idea, and leaves us with the following two claims:

(i) Poetry comes from our minds.

And, developing on the original claim:

(ii) The mind is a place that no one commands.

Now, the first of the two lacks the necessary grandiosity to ingrain itself in the annals of literary thought. Admittedly, the second isn’t too exciting either, but it gives us more room to play with. So, let’s explore it further.

When we say that x cannot be commanded by y, we tend to mean (put roughly) that the actions of x cannot be determined by the desires (or expressed desires) of y. In the context of the human mind, we could posit that the actions of the mind are thought-generation, and a lack of command over it entails a lack of command over the generation of said thoughts. In other words, no amount of conscious effort on our part can alter precisely what thoughts we have.

Returning to Cohen’s original claim, we can now formulate the following argument:

P1: Poetry is a product of the mind;

P2: The mind cannot be commanded – and neither can products of the mind;

However, when we state Cohen’s claim in the above form, it loses much of its lustre. After all, given that poems are a proper subset of the products of the mind, all Cohen is doing is providing excessive specificity. But this objection in itself does not amount to any substantive criticism of his claim – the man is entitled to as much specificity as he desires. On the other hand, it does give rise to the following question: if no output of the mind can be commanded, how much sense is there in stressing that the same feature is possessed by certain outputs of the mind? Put differently: if the property of being ‘incapable of being commanded’ is held by all products of the mind, should we not consider ways in which to alter the definition and grant the term more value by drilling down further?

One potential objection is that in some fields, certain properties might never be realised. For example, we are fine with stating that the property ‘is divisible by zero’ bears the same result when applied to any number. However, I would like to think that the notion of command is not just any old property in the domain of poetry. In fact, it is a property that poets and readers often appeal to when describing the nature of the craft. With this consideration in mind, and the seemingly strong desire for a meaningful application of the property in a discussion regarding poetry, I recommend altering the meaning, so as to reject P2 from above.

I will not propose some new definition of command with reference to outputs of the mind, nor do I claim to hold a particularly appealing solution. However, I think there are certain key features of poetry that allow us to differentiate it from other expressions of thought. More specifically, the particularity of poetic expression arises in its very form – that is, in the way that a poet feels the need to express a poetic thought through a poem, as opposed to simply contemplating the thought internally and then forgetting it.

And it is the result of this necessity for expression that constitutes a poem – for through their choice and desire to transcribe a given thought, the poet gives birth to a legitimate poem. In other words, under this account, a poem is an intentional compartmentalisation of thought, with a definite beginning and end, as well as an internally independent structure (i.e., it contains sufficient information, and is structured in such a way as to be able to ‘live’ outside of the poet’s mind).

But, if we accept this account of poetry as a compartmentalisation of thought, then we should hold the exact opposite of Cohen’s claim. Poetry does not originate from a place that no one commands, at least not when command is used in a meaningful sense. In fact, poetry does not originate from a place at all. It originates from a process. A process of command by the poet over their own thoughts, and the restructuring and restriction of said thoughts in such a way as to produce a poem.

Let Me Show You Some Chords