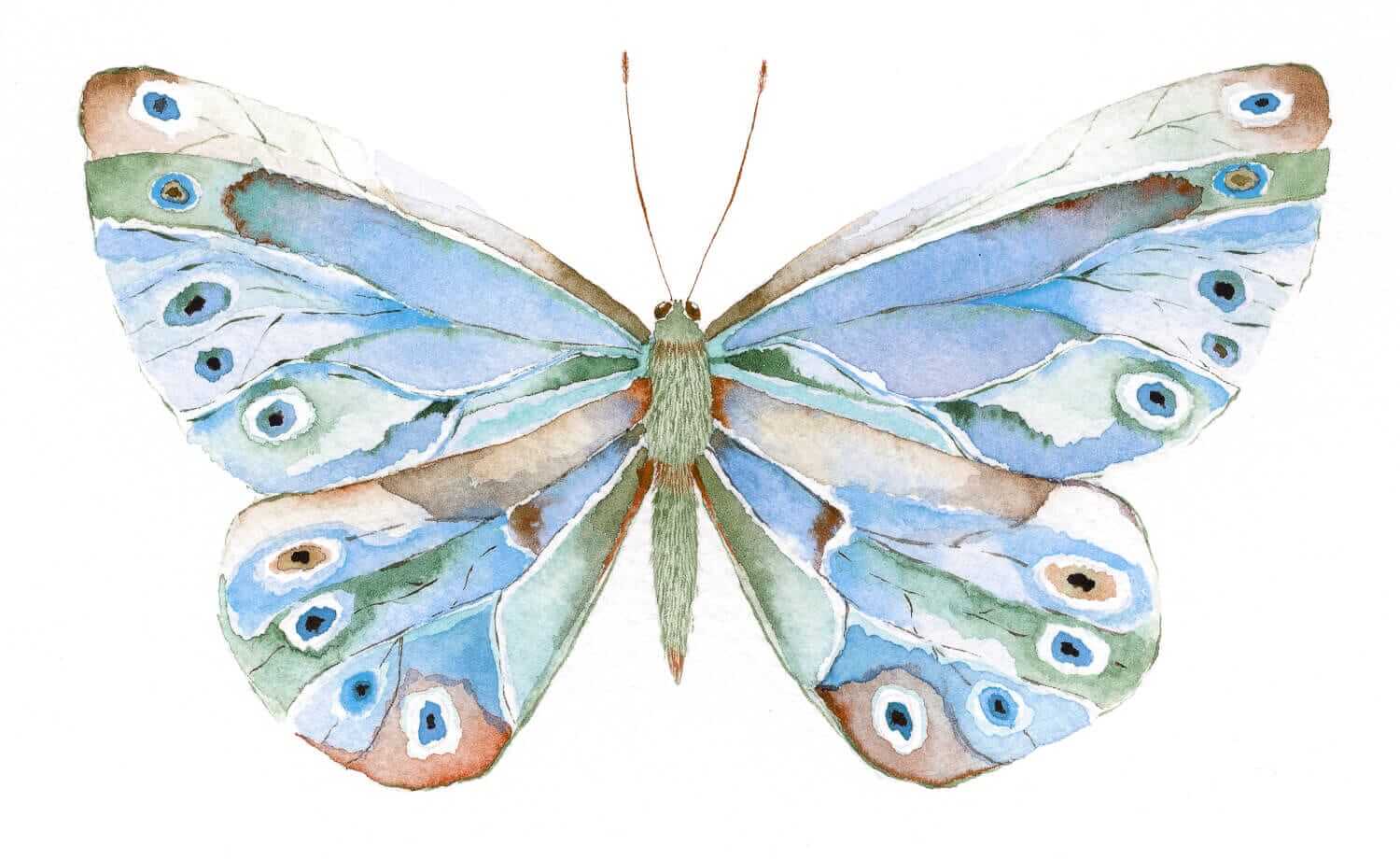 I recall reading Nabokov’s Ada for the first time when I was seventeen, some five years older than the eponymous character, but at a similar stage of character formation. She looked like a young version of the Anna Karenina of my imagination, with sultry black hair, heart-shaped lips and the pale long neck of a Russian ballerina. Despite her age, she exuded intelligence, sensuality and defiance; she owned her very own ‘larvarium’ where she kept and reproduced all sorts of insects, worms and larvae, both typically beautiful and not so much so. “Je raffole de tout ce qui rampe,” she told Van, her cousin and to-be-paramour. “I’m crazy about everything that crawls.” She was the last fictional love of my late childhood, slowly morphing into bursts of confused and chaotic lust.

Alongside her scientific classification of things, she had also developed her own cosmology:

‘real things’ which were infrequent and priceless, simply ‘things’ which formed the routine stuff of life; and ‘ghost things,’ also called ‘fogs,’ such as fever, toothache, dreadful disappointments, and death.

And it is no wonder that Ada’s larvarium and her ‘web of wisdom’ came hand in hand. For Nabokov, too, interest in entomology had stemmed from wonder at the surplus beauty of the natural kingdom, incompatible, he said, with the Darwinist approach to it that attributed forms to their usefulness. The detail, say, in a butterfly that imitates leaves, is much too elaborate to arise out of natural selection; it exceeds the elaborateness required to ward of its predators. Art, it could be said, was Nabokov’s proxy religion, filling the space left by orthodox spirituality.

At the same time, I was being led to a questionable web of wisdom myself. I had travelled to study at Yale for the summer to take my first steps towards the philosophical career I later found I would share with Van. As a matter of fact, I had much more in common with him, inexperienced and intellectually enamoured with lean, long words and the individuals who use them, than I had with passionate Ada. As my to-be-paramour roused me from my logical trance to read a poem where, I dearly remember, he described the image of a mosquito hitting the windscreen of his car while on a romantic getaway. He lured me into his very own larvarium and, eventually, into his bedroom, where for a few moments I was allowed to discover ‘”the pang, the ogon of supreme reality,” that Van had experienced entwined with his intellectual love.

That clammy, cumbersome summer the meaning of metaphysics was blurred between Nietzsche’s perspectivism and the French exegesis that I ploughed through in an attempt to sidestep his individualism; the ‘pictorial and architectural minutiae of her metaphysics’ had little to do with the ontology of counterfactuals and holes, and theories about the nature of colour that I have been made to explore as a philosophy undergraduate. Equally, I found that a good part of the words employed by Nabokov were not only far from conventional use; they were often, in admittedly Shakespearean fashion, words which he came up with on a whim of wry linguistic indulgence

‘Scient,’ said Ada, writing it down.
‘Oh no!’ Objected Grace.
‘Oh yes! I’m sure it exists. He is a great scient. Dr Entsic was scient in insects.’

Grace meditated, tapping her puckered brown with the eraser end of the pencil, and came up with:

‘Nicest!’
‘Incest,’ said Ada instantly
‘I give up,’ said Grace. ‘We need a dictionary to check your little inventions.’

According to Ada, a compulsive Scrabble player, looking up words in a dictionary was comparable to

making collage-pictures of disparate butterfly wings’ (which was always vulgar and often criminal). Per contra, she suggested to Van that verbal circuses, ‘performing words’ redeemable by the quality of the brain work required for the creation of a great logogriph or inspired pun

And what goes for Nabokov’s vocabulary applies to his plots, scenarios, and characters, which are shamelessly and conscientiously disloyal to the laws of the natural world. In Ada’s larvarium – or, for the author himself, in all the entomology departments in which he dutifully dissected genitalia – his activity was radically different from butterfly catching because, I believe, there was in what he did an extra level of artifice. If someone had to die in a car accident just after unveiling a secret, she did; if a bullet had to miss its target and kill somebody else, it did; if he felt like giving all carpets the power to fly, then off he went, cocking his princely head at the magical realists. He went as far as to say, after a novel was published, that the main character committed suicide just after the end of the book, for which Michael Woods accused him of “authorial trespassing.”

People sometimes confess to me that they continue to feel deeply uncomfortable reading Lolita; others attribute to Nabokov the instincts and powers of human manipulation that he attributed Humbert Humbert himself. But fortunately, my encounter with Ada was eased by prior knowledge and its resemblance to the universe that surrounded my life at the time; life’s Wildean mimesis of art which should be taken as an opportunity for play. At the age of thriteen, I had been traumatised by Bukowski’s Tales of Ordinary Madness, in which characters that could well be him sexually harass, persecute and rape the female characters. Nabokov, unlike Bukowski, had lived a farily comfortable life, and didn’t dare touch the ‘real suff’ of which the tragedy of the real world is made. I was delighted to find the chill of its seriousness missing from Lolita. Nabokov replaced the inhabitants of his world with fictional dummies, and only then did he allow his homebred species of spiders to suck out their life-juice, until they either died or remerge wrapped into an otherworldly sheen. His webs are kept ambiguous between deadly insect-traps and transforming cocoons, but in no case where they the stage of sadism.

Three summers later I exchanged the campus at Yale for a derelict neighbourhood on the outskirts of Brussels. I was watching the moon rising above the skyline with my flatmates – Vince, Emmanuel and Nikola – from under an industrial bridge in which Vince spent his dirty white nights. I told them that Brussels had a gravity that I hadn’t been able to find in Cambridge, or for that matter New Haven; that the bridge had something that enabled me to keep my feet on the ground and not float up as if propelled by helium. “And this morning you said you were against mysticism” said Vince, recalling what may well be the scientist half of a strangely split character. It is quite possible that, without the indelible blueprint of Nabokov’s framework, I would not have been able to take that much of a distance from my earthbound self. I would have scolded her, perhaps, like I have scolded Vince and Nikola for some unscientific comment I no longer remember, as well as some of the mystics who’d plucked the strings rigour at Cambridge. “The mystics,” snorted Emmanuel, “I had tea and milk with the mystics.” I snatched his bearded face from its chrysalis and put the moon inside instead, piercing its counterfeit skin until it splashed the lacklustre universe that Ada refused to live in.