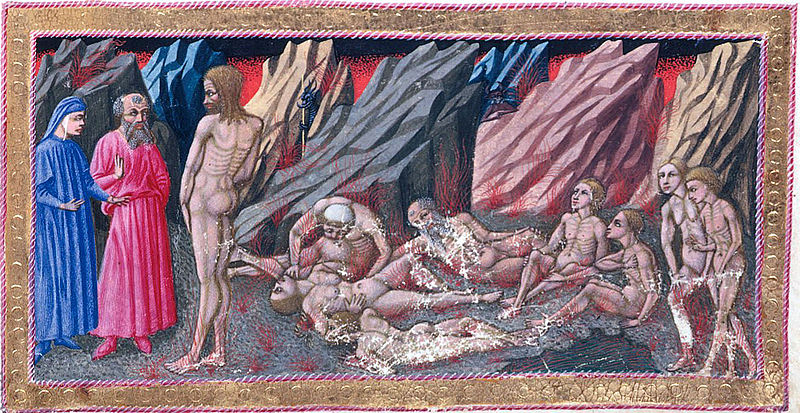 The History of mankind is but Man's continuous expansion over the realm of Nature. We first learn to manipulate matter, to build our refuge and to start a fire; thus we venture into the night. Nature provides certain animals from which we nourish ourselves, but we also learn to cover ourselves with their fur, and build our first weapons with their bones; thus we venture into the cold, northern lands. Not long after some trees were taken from Nature–or, perhaps, were left to be found; roughly arranged and thrown into seas and rivers, Man learned to walk above the waters and the horizon expanded.

Nature might be kind when Man advances over Her territory, but it would be a folly to think those lands as conquered and now our own. We participate on the arrangement. We make space for our little houses, factories and cities. Sometimes, our creations are those of a responsible being that lives in harmony with a greater power than himself. Oftentimes, such is not the case. We carelessly contaminate, destroy and drain Nature's domains; we take and produce, manipulate on our terms, caring not about our duty to this divine world. And, about this arrogance and human pride, this disdain against creation, Dante has much to tell.

We find ourselves on the seventh circle of his Inferno. Here, violence is being punished, and the circle is in three divided: violence to others, violence towards oneself, and violence towards God and Nature. We have already seen the river of blood, in which whoever by violence offended others boils, haunted day and night by the arrows that centaurs throw to the pit. We have already crossed the gloomy forest amongst which the harpies dwell. Here stand the ones that commit suicide, their souls restless in trunks and branches of barren bushes. We have already heard the weeping trees and seen the darkened blood emerging from their wooden limbs.

Now, we stand upon a deserted plain. We see the herds of naked souls being tormented: here reside the violent against God and Nature. Then, running on the thick and arid sand are the sodomites, the biggest group; these have offended Nature. Crouched huddled and weeping are the usurers, offenders of Art and human creations, and disturbers of peace. The smallest herd lies stretched upon the sand, immobile and facing the skies, for they are the blasphemous, the violent against God, and so it is their torment to forever hold in sight the Heavens despised in life.

The clouds over this barren land burn the skies, but it is not lighting what our eyes see: fire falls in heavy flakes, much like in the Alps the windless storms swiftly make the snow fall. But there is no rest or cover from this rain that nurtures not but wounds the lot of sinners. They shall never again see the snow, nor the trees and valleys covered in colors white. They, with futile hands and feet, dance about the sand that burns like hot coal, trying to protect themselves from the fresh wounds that forever the burning drops produce.

Devious on the sand lies Capaneus with his pride: he stares and despises the burning sky, for he is in death what he was in life–Qual io fui vivo, tal son morto. His story might be unknown for the modern mind but his sins were already alive in Dante’s culture and time: one of the Seven Kings that old Thebes besieged, Capaneus’ impious words once offended Jove himself. The great god the thunderbolt unleashed, and sent the hefty king to this tortuous beach where he is punished by a God unknown to him.  (It must not surprise us that Dante’s superum contemptor [“scornful or contemptuous of the gods”] is taken from myth and pagan history. Dante speaks of eternity: antiquity and Christendom being one and the same, for they both belong to the History of mankind, and thus time, in the eyes of God, is a continuum forever present in the afterworld. So, the thunderbolt that fell from the sky is now eternal fire that rains on the sand.)

Old Capaneus remains proud. He sees an angry God of vengeance craving; he confronts the indifferent sky as he knows not about divine justice: here too are his words blasphemous. His deep, untamed voice defies an absent god; his wrath is but the follies of a madman, for the moment he claims his victory over the heavens he knows to be untrue. He lies in impotency, in vain rage, his strong body helpless in the burning sand.

Dante’s metaphor is clear, the contrapasso orchestrates the symphony of the damned. The rain falls sweet from the skies and ripens the fruit: it grows heavy on the branch of some tree, and falls suddenly over gentle lands… But this rain ripens not Capaneus; it softens him not. He remains untamed, rebellious against the divine (be it Jove or God).

Virgil responds with great force, dismissing his titanic rage and fruitless words: O Capaneo, in ciò che non s’ammorza la tua superbia, se´tu più punito… He suffers no other misery than his own arrogance; no other punishment would be enough but his own stubbornness and pride, that burn in rage like a fire, and devours and consumes the one who possesses it.

Much like every condemned in Dante’s Inferno, Capaneus lives in constant sin and is bound to a tragic fate. Dante seems to tell us that Human actions have their limits, and we must abide and live according to a greater power, that is not to be threatened or defied. In this, Capaneus is hardly alone: we find Nemrod, the king that sought to reach the Heavens in Babylon, but also the giants defeated in Phelgra by Jove; we find Ulysses, that let reason run without the guide of virtue, but also those controlled by instinct and not by thought, being in life more beasts than humans. Every tortured soul has transgressed the moral limits imposed to humanity by a greater power–this limit and this power, in the Comedy, is God.

The static personas that populate Dante’s Inferno are the culmination of what is tragic. Imprisoned in their circles, bound to eternal suffering, they are now limited not only physically but morally: they will forever live in sin, obliged to ruminate the circumstances of a precise moment of their lives: the moment they lost the Heavens. In life, they knew not how to behave according to a given morality. Refusing to abide such limitations, their actions sought the shadows of sin and shame. As such, in death, they are eternally limited to their bodies, their sins, the shadows, and will not find salvation or harmony in being part of the eternal, boundless and limitless, which is God.

Man here disdains that which poses a limit; be it luck, destiny or God, his tragic fate is his rebellion lost. Nature offers Her territory for humanity to thrive, but often times our actions are nothing but an offense. Through Capaneus and many other sufferers, Dante shed his light and poetry amongst the path that he though right, and fit to human nature to abide.

Capaneus’ fate will perhaps bring to mind another tragic king bound to Hell. Of Greek origin, this infamous figure also offended the gods and though not signed by Dante, his name is well known amongst us moderns. We speak here of Sisyphus. In the Iliad, Homer describes him as the most cunning of men, full of wit and intelligence. It is said that this powerful king cheated Death twice. For such blasphemies, he was punished in Hell by wrestling eternally with a huge rock. We know his story: how he must push a rock uphill to the top, but every time before reaching the peak, the rock turned back, and once again to the pitiless plain it fell, and Sisyphus followed. Thus, the wrestle began—forever.

Of arrogance and wit, much is said. Sisyphus may be absent, but many share his fate: for in the great mountain where sinners purge, we see those that carry a big rock over their heads. They can barely be seen: their knees are joined to their chest as the weight of their pride pushes them to the ground. They go around in circles, their faces hidden, their tired necks unable to stand straight, their eyes grounded to the dirt. But they are purging their sins, not tortured by them. They have faith and therefore hope, and unlike Sisyphus or Capaneus, they feel ashamed and pray to be forgiven; their pride has not followed them to the afterlife but in the form of a weight to be purged.

In Dante’s time, all who intended to storm the Heavens were forever lost. But quite recently some spoke of the death of God and this idea captivated the modern mind. To us, then, limits are nothing but fancies that society, history or culture impose over the ever-rebellious individual. No greater order rests upon our heads but that created by ourselves; the world, chaotic and real, is free to be arranged by us and our language. We are hardly blasphemous, but not because we fear the moral retribution of some higher power. We, moderns, simply believe there is no one there to throw our blasphemies to, someone to blame for our misfortunes. We might, in moments of vain fury, curse our luck, fate or even the heavens, but one must believe in God to despise him consciously. Thus, too, we no longer hold our intimate conversations with eternity, those reserved moments of peace that most humans have experienced almost daily throughout their lives; shows of gratitude and self-consciousness that we know as prayers.

Last century, we were told by a French writer that human life seemed much like Sisyphus punishment in Hell. Having lost God, the spirit of modernity intended to justify its existence in the gust of space and time in which it lived, disregarding infinity. They found a life full of suffering and distress, monotonous, tiresome; like Sisyphus, an absurd succession of events. But it is precisely within this absurdity–we are told–that we must live: live in constant rebellion against it, battling every day on a war already lost, choosing to push the rock once again towards the peak, and rejoicing on watching it roll downwards as we follow full of pride and vigor, embracing our tragic fate.

It is human pride against infinity. Il faut imaginer Sisyphe heureux, we are told. Should we also imagine Capaneus happy? Is he, as well, rejoicing in eternal suffering by preserving his contempt towards the gods? Should we imagine him thrown over the burning sand, confronting an absent god, defying the Heavens for the wounds are not enough, demanding more, and, at the same time, joyful under a rain of fire? Or, is it just that neither him nor Sisyphus have yet learned the limits imposed over Man, the conduct required by morality, the humility when dealing with the infinite? If anything, we are certain that Dante believed the latter. We, as moderns, might think otherwise.