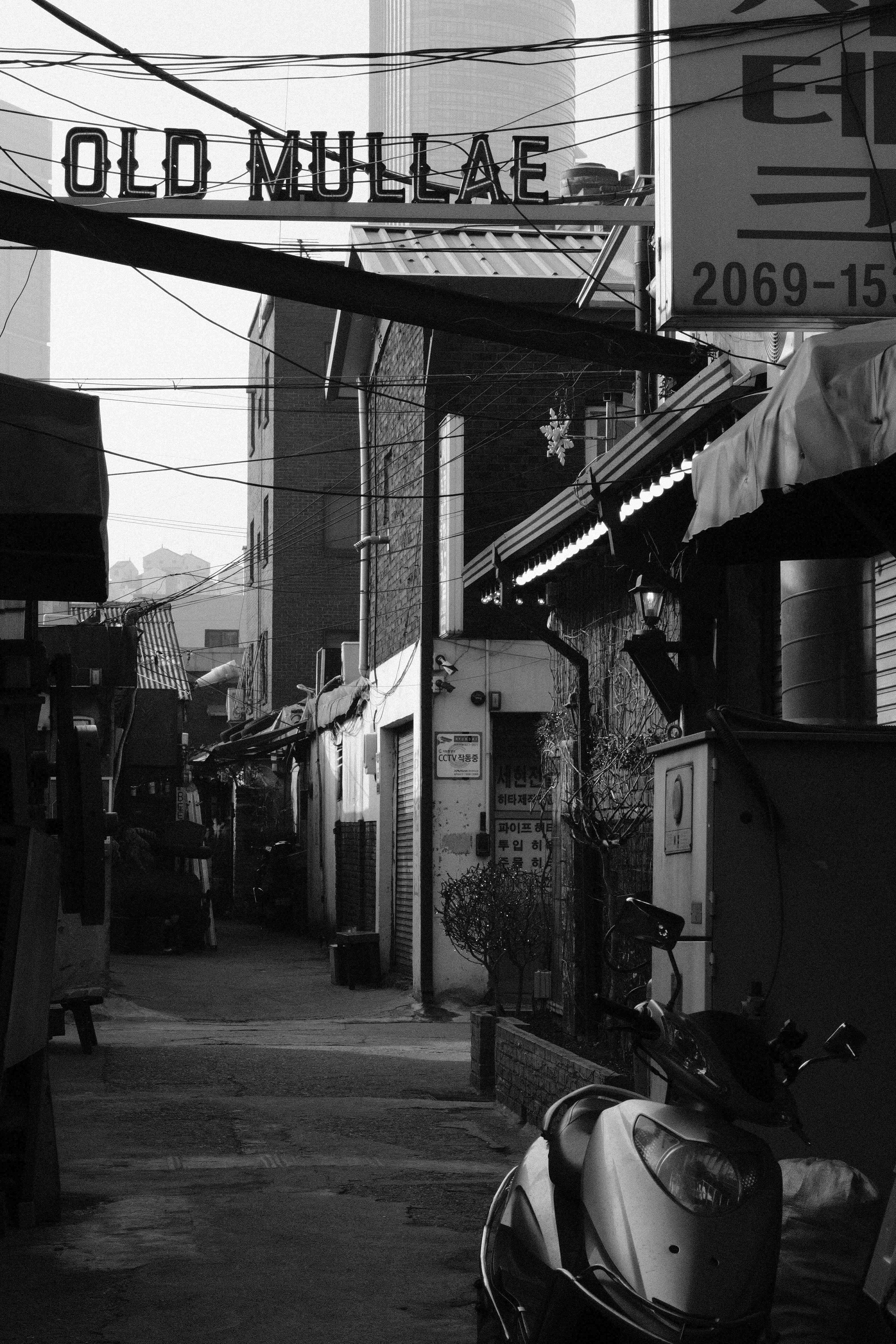 I became more and more obsessed with Mullae Dong, returning again and again to take more and more photos.  On the whole, the workers didn’t mind my presence, even if they thought me a bit odd.  If I wished to get right up close, I would ask them in Korean if it was ok to take their shot - mostly, they were cool about it.  Usually, I was there in the daytime with all the noise and would seek a little peace and quiet in a my favourite bar, Old Mullae, with a pint of Gorilla IPA, brewed in Busan.  In contrast, when I went at night, the workshops were dark and silent with no sign of human life, while the bars were heaving - a sign of the future, once critical mass has passed…