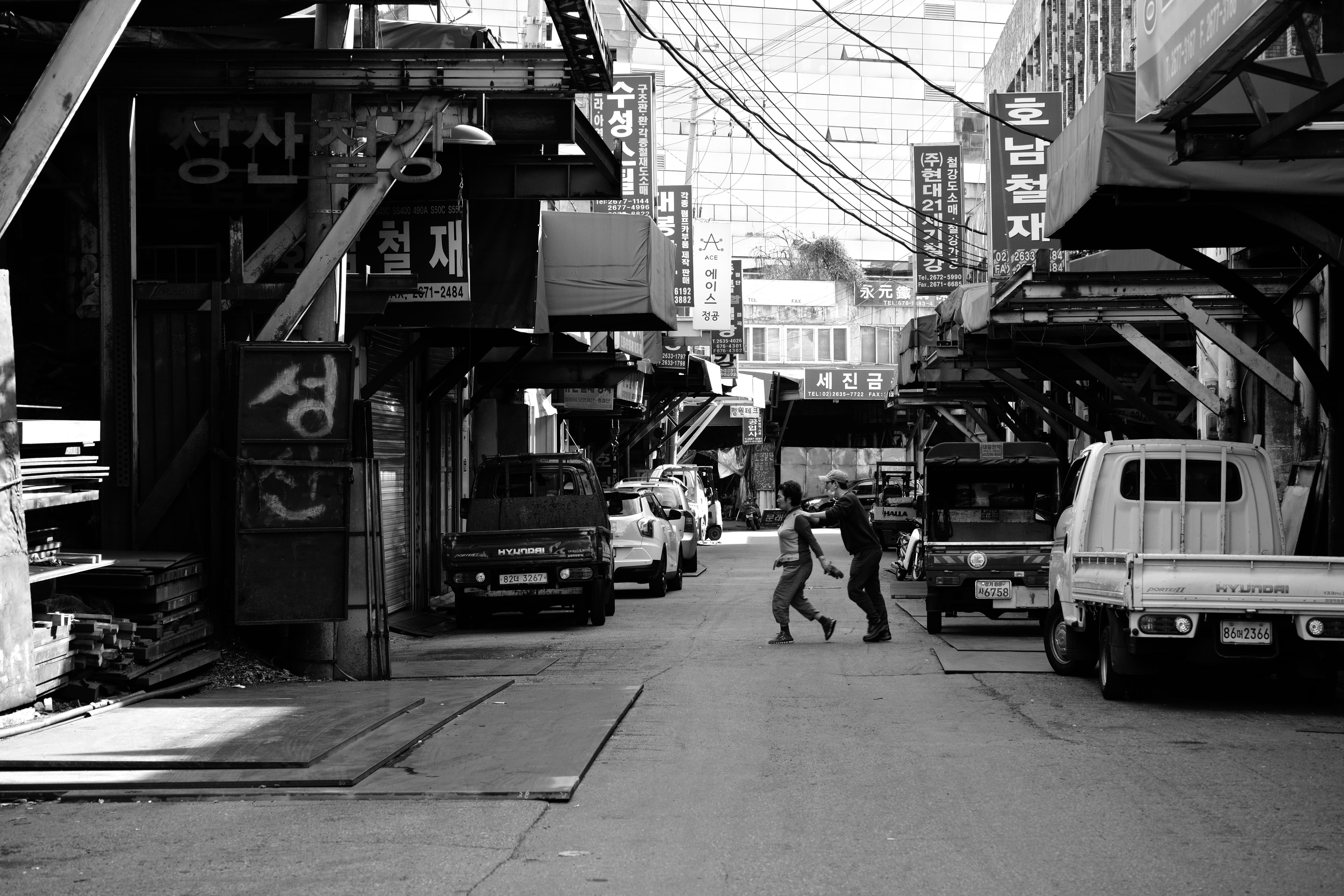 In this bustling city within a city which, I discovered, covered an absolutely vast area, what really struck me was the coexistence between the metal workers and the newer, artistic or gastronomic inhabitants.  In Europe, the tendency seemed to be that the artists would move in when the industry had left.  Here, the change was more gradual, occurring incrementally and yet to reach critical mass.  While some hip bars and restaurants had opened up where metal businesses  had closed down, the small traditional restaurants that fed the metal workers were still there - the waitresses often delivering meals directly to the workshops, plates piled on their heads. Later, they would return and collect them - a daily routine… Meanwhile, in the former offices above the ateliers, the artists would beaver away at their productions.