1. A Figure in the Distance
|
Geoffrey Heptonstall 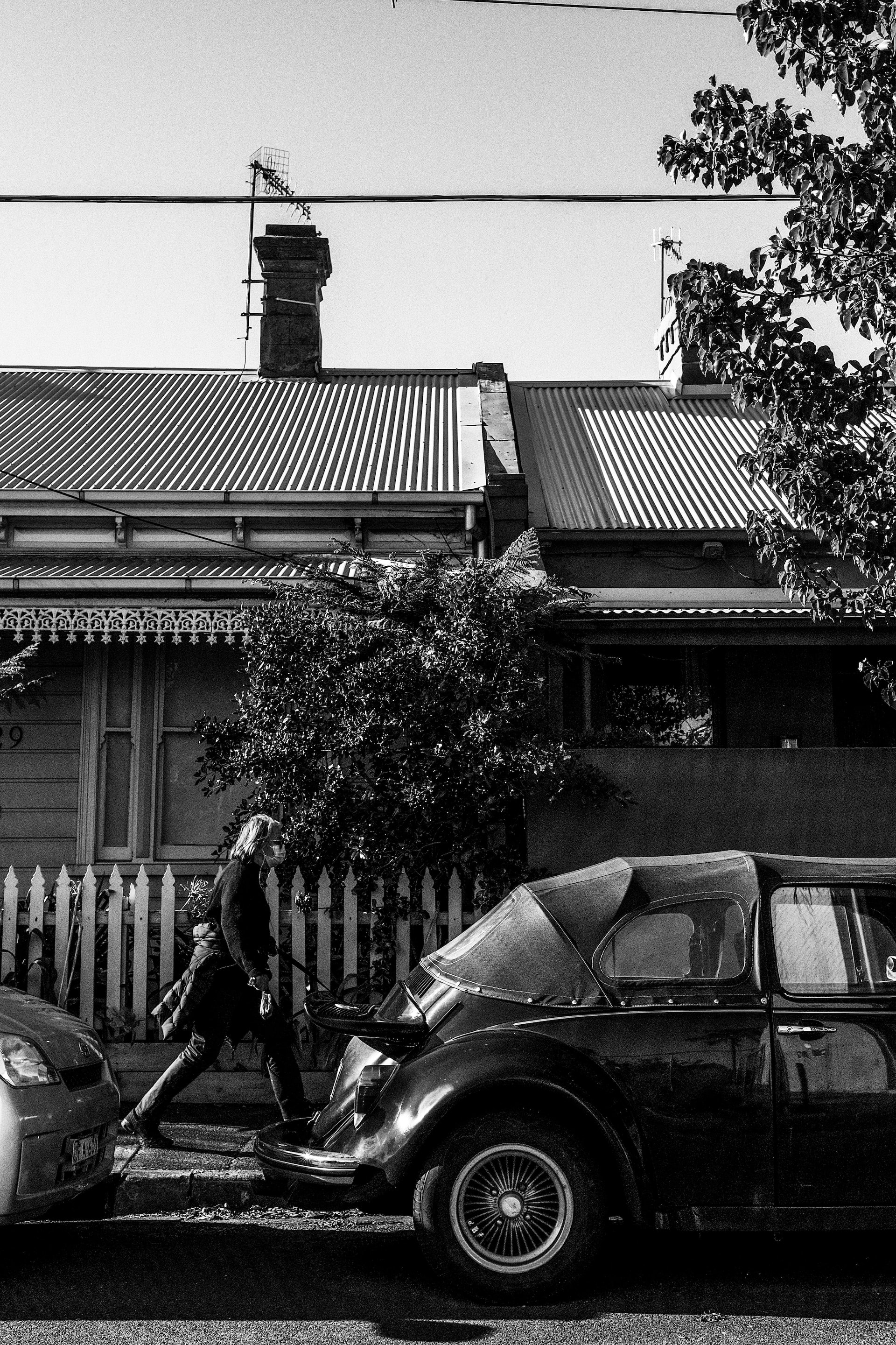 1. A Figure in the Distance

Words know their place. They seek a homeland. The location is never arbitrary. How things are can be very different from one place to the next, even within the same area or the same city. Our perception of a place may be filtered through the literature that emerged within or about said place. What we have read is what we see. A landscape is both a living reality and a mythic experience. Legends, often of a superstitious kind, create an atmosphere. The more rational discourse of fiction is no less atmospheric. Experience may confirm this, or it may seek to deny its validity. The contrast is one of the tensions that gives rise to literature.

The southwestern peninsula of England is a remote and timeless country for many. For others it is a living, changing space where the tragedies are not romantic, and the beauty is shadowed by constant misgivings. My connection to the West Country contains at least one secret family shame whose reality has shaped my responses to the landscape beyond any notion of a Thomas Hardy theme park.

People live here. Often in relative poverty and isolation. Economic decline leads not to picturesque ruins but to anger and despair.  At the best of times, lives are led in quiet isolation from the vibrancy of the cities. That is an essential way to read the West Country. The romantic readings are also part of the scene, but they must be seen at counterpoint to the everyday world of ordinary lives.

Literature tends naturally towards the extraordinary even in everyday guise. The contrast between the imagined and the real is a powerful theme of The French Lieutenant’s Woman. John Fowles has written of the vivid image he had of a woman standing alone, looking out to sea. That was all he had in mind. It was a thought that would not leave him alone. The woman insisted he tell her story. She was imagined, but her power was real.

Sarah, the name he gave her, was sufficiently mysterious to attract the attention of a young man. The story is told through his experience, though not in his voice. The narrator is unseen until the end when he makes an enigmatic appearance. This is in keeping with the enigmatic nature of the novel. Although the woman of the title is visible and prominent throughout the narrative, her true nature is elusive, intentionally so, it may seem. She stares out to the sea as if anticipating the return of the French lieutenant whom she loved unwisely in a censorious age.

That hopeless waiting is part of her mystery. She is attracting attention. That may be her purpose. She wants others to be intrigued by her, and to seek to know more of her elusive nature.

Lyme has not changed too much since Victorian times. It has an old world look. As such it is a perfect location for a story with a historical setting. You can picture things as they once were. Shortly after reading The French Lieutenant’s Woman I spent some time close by Lyme Regis. It was chance that took me there—if you believe in chance. A story was coming alive.

I first explored Lyme one day in early May. There was a sea mist which made for a dull, cool morning. The place was deserted out of season. That, of course, added to the allure. I was alone, time-travelling, wandering through the borderland between the apparently known world of reality and the imagined realm of creative possibilities. At times, imagination can seem a more defined experience. Through that mist there might have been anything.

By this time I had moved on to an earlier Fowles novel, The Magus, where strange things happen to an aspiring young writer on a remote island. My own situation was not an island, although it had the required isolation. I was an aspiring writer, and a dedicated dreamer. I did not like to think of reality when it could be abandoned in the mist. The romantic element appealed to me as an alternative to the reality of earning a living.

I collided with the world of fact when walking out of town. One time, I was nearly trapped on the coast path by the incoming tide. At the last moment, I stepped onto higher ground before the water swept over the narrow ledge. I would not have drowned, but I would have needed rescue.

A safer place was the Undercliff. This secluded woodland lies between the upland and the seashore. It feels far from anywhere, although the town is not far. Here may be found tranquillity or disturbance if a strange and beautiful creature is to be seen. I did not encounter her. She exists only in the imagination of her creator. The Undercliff is a place where the imagination may find fecund soil.

Fowles was also a naturalist, writing a series of long essays on aspects of the natural world. Islands, trees and landscape were the subject of his thoughtful and observant eye. In these writings the discipline of science seeks to tame the wildness of art. In The French Lieutenant’s Woman the hero is Charles, the gentleman enthusiast for natural science and the questions aroused by Darwin and Lyle (and indeed by Mary Anning, the self-taught genius of Victorian Lyme.)

The heroine of the novel is Sarah, a governess seeking emotional and, eventually, artistic fulfilment beyond the confines of her place in a strictly hierarchical society. Her reputation is lost in her pursuit of a man. The pursuit is, of course, the pursuit of herself freed from life-denying conventions. She questions as incisively as Darwin, but without his articulate reason.

That first encounter in the Undercliff is not to be the last. It is bound to end in the disaster of another lost reputation and the possible ruin of two essentially innocent lives in a guilt-ridden moral climate.

The events set a century before seem to be of another age entirely. Victorians lived well into the Twentieth Century. Yet they seemed so distant, so much so that Fowles had to invent a mode of speech, formal and stilted, that was not how people actually spoke in the Nineteenth Century. Victorian times felt far enough way for nostalgia to raid the period costume boxes. Dressing in Victorian pastiche was emblematic of the Swinging Sixties when Fowles first saw the woman on the Cobb. The ensuing novel—written in the light of Darwin and Freud and Marx and de Beauvoir—is not a recreation of the Nineteenth Century but a commentary from a later age.

As always, Fowles tells his tale with an exceptionally compelling narrative style. He is the most captivating of storytellers. He begins casually, only to hook the reader to hear him out: ‘An easterly is the most disagreeable of winds in Lyme Bay.’ It sounds so matter of fact. It reveals itself as a matter of fiction when a figure in the distance is first seen.

An easterly wind may bring snow in late April, whereas a westerly can bring balm in November. On clear days the whole bay is visible from Portland to Torquay. The genteel south coast of a settled England has given way to the Celtic finger stretching out into the Atlantic.

It is the internal landscape that Fowles is seeking to reach. The sequestered combe of the Undercliff reflects the forbidden desires of hero and heroine. This could not happen in a city. It could not happen in an enlightened and liberated time. The social and moral experiments of the Sixties made it a time to look back, and by looking back to consider contemporary values. A keen edge of intellect is at work in the passages of commentary that serve to remind the reader this narrative is of another age.

I learned from The French Lieutenant’s Woman that behind the climate and topography of a place is the essence of lives lived within those bounds. I learned also to think of Lyme as the locus of something both imagined and tangible at the same time. I came to understand that within a human settlement, especially one well-established in history, there is another place that is both more mysterious and more natural than the everyday community.

I have often thought of Lyme, especially the view from the higher reaches towards Uplyme. There was a resource within my mind that fed my imagination. My first novel ends on the Dorset coast that also inspires a number of poems. This landscape lives and changes as my approach to life changes with the years. It is not simply somewhere to holiday. It is in part a shelter from the storm. It is also a vantage point to the distant horizon where may be seen the ship that shall bring good fortune, were it ever to come into view.