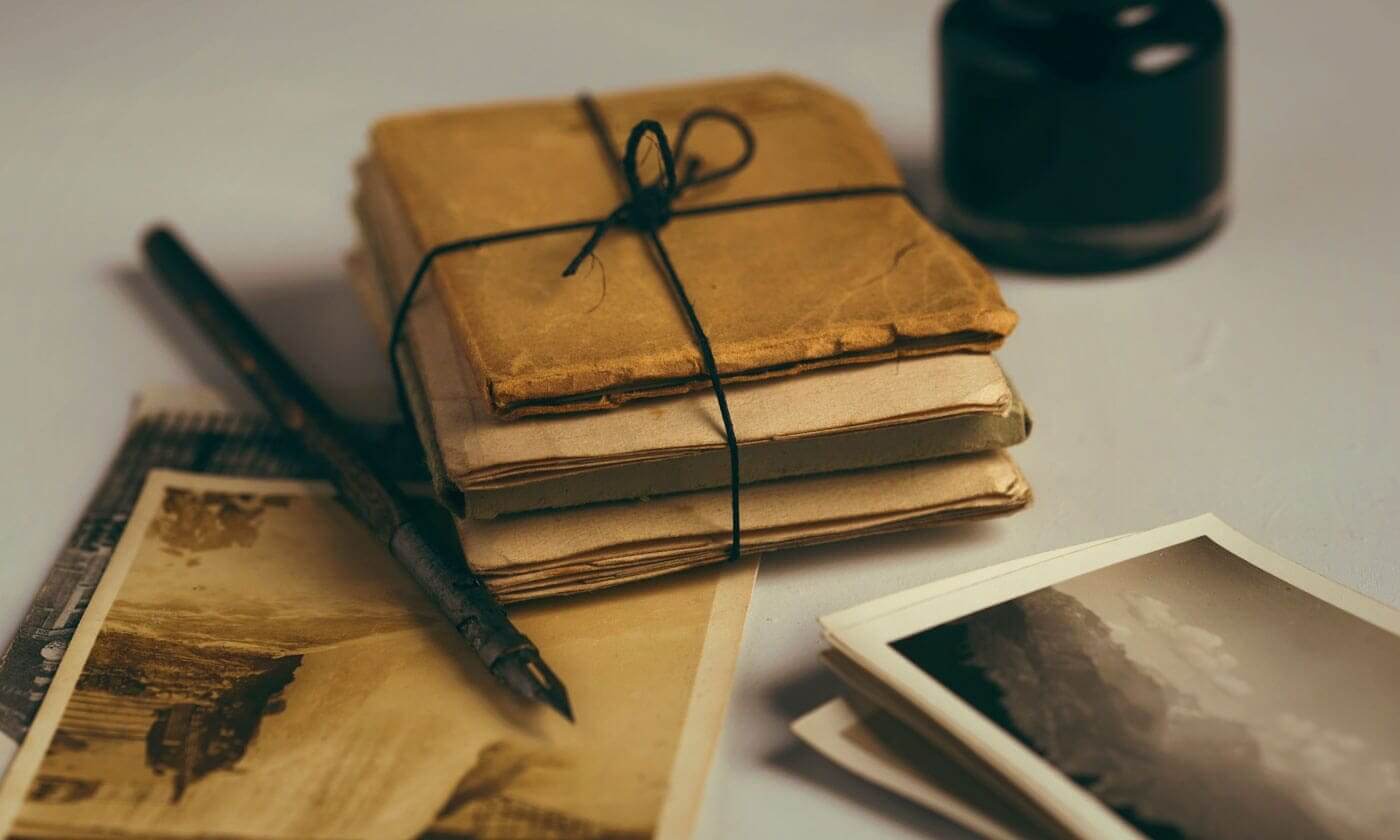 It was like a boat – my grandmother would say of the house in which she spent the Christmas of 1944. In fact, the whole city felt like a boat; at least this is what Jan-Erik told them. Jan-Erik came from Sweden as a volunteer for the Red Cross. He had worked as a fisherman for some time before that and knew how it was to be on a boat, not like my grandmother, who would never experience that, no matter how hard she would try. They befriended Jan-Erik, because he would often visit the neighbours who lived across the street.

There was a girl in that family: Margit. Margit and my grandmother attended the same class for a year, from the autumn of 1942 to the summer of 1943. They were friends, so much so, that Margit, who fled to New York with her family after having survived the Shoah even sent a postcard to my grandmother. This was in 1948. They had distant relatives in New York, and so the family settled in with relative ease. This was reflected in the postcard, which was half-written in English. My grandmother was studying English from then on.

The curious thing is that my grandmother received postcards from America every 10 years after the war until her death in 2011, except for the year 1978. In 1958 her old French teacher, Sister Etel wrote her from Boston, where she had fled after the Hungarian revolution in 1956. Sister Etel was writing about making a lot of money in a drugstore. She had just bought a checked skirt. She wrote that she had missed my grandmother – but never wrote another letter. There was a vague invitation in the writing, and my grandmother would have gone, because as a semi-active participant in the revolution, almost shot in front of the Parliament on the 25th of October 1956, and then on the 4th of November, she had no chance of enrolling into university, and found herself working in a factory by the time the letter arrived. But it was too late to flee – the borders had long been closed.

It was not that bad after all. 10 years later, in 1968, when she received the next letter sent by a co-worker of my grandfather, who could not bear the thought of Hungarian soldiers participating in the Prague Spring and fled to Boston (he, too) – so 10 years later my grandmother was attending the Karl Marx University of Economic Sciences training to become a lawyer. She had had my mother two years earlier and they needed the money.

My mother was born slightly prematurely, less than 2 days before Christmas of the year 1966. There was something else to celebrate from then on. My grandmother had hated Christmas since the winter of 1944 -’45, because late in that December the Christmas tree which was decorated with candles fell over when the neighbouring house (in which Margit and her family had lived before being evacuated into a protected house of the Red Cross by Jan-Erik prior to their immigration to New York) collapsed under a bomb. The house, in which my grandmother celebrated Christmas with her parents for the last time, as her mother would die the next year and her father would deny her, so this house almost burnt down.

31 years later, in 1975 she almost divorced from my grandfather, because she would not have candles on the Christmas tree. My grandfather loved candles – they meant hope for him in Russia in the winter of 1946 where he served in a forced labour camp. They did not want to give in. But they did not divorce, because there were friends around, and it was dangerous to talk about the forced labour camps. They had always had fascinatingly many friends. They were popular, and they never divorced. The marriage ended with the death of my grandfather in 1997.

1988 would have been a good year to go. But it was a good year to stay too. The Soviet regime was cracking, and there was a sense of optimism in the air. One year later Orbán gave a speech at the reburial of Imre Nagy, the prime minister executed after 1956 in which he demanded that the Soviet troops withdraw from the country. That was grand. My grandmother did not think of leaving.

1998 found her alone. She could have left then – in fact, she had a ticket for a boat going to Glasgow. But I was born. And she had the stroke 6 years later – in 2004. I had just started school, and we were having eggs for dinner, the phone rang, and my mother paled. We moved in together, and my grandmother told me a lot of stories. She taught me the French phrase ‘C’est la guerre’. Then she died on the first day of 2011.

I often think of Margit. She should be turning 82 this year. She probably writes her name as Margaret and her surname has not been Friedmann in decades. She speaks English and does not remember her time before America. She does not think of Hungary – she has lived a rich and long life. She has grandchildren. As so many after her, she left a suffocating country behind entirely. But there is someone in that country still thinking of her long after the last person who knew her for one year as an 8-year old child passed away.

My grandmother could never break free from the thread of time and space in which she was so firmly woven, which let everyone flee but her. But she made me remember Margit.

The Sick Child and Silent the Sun Falls