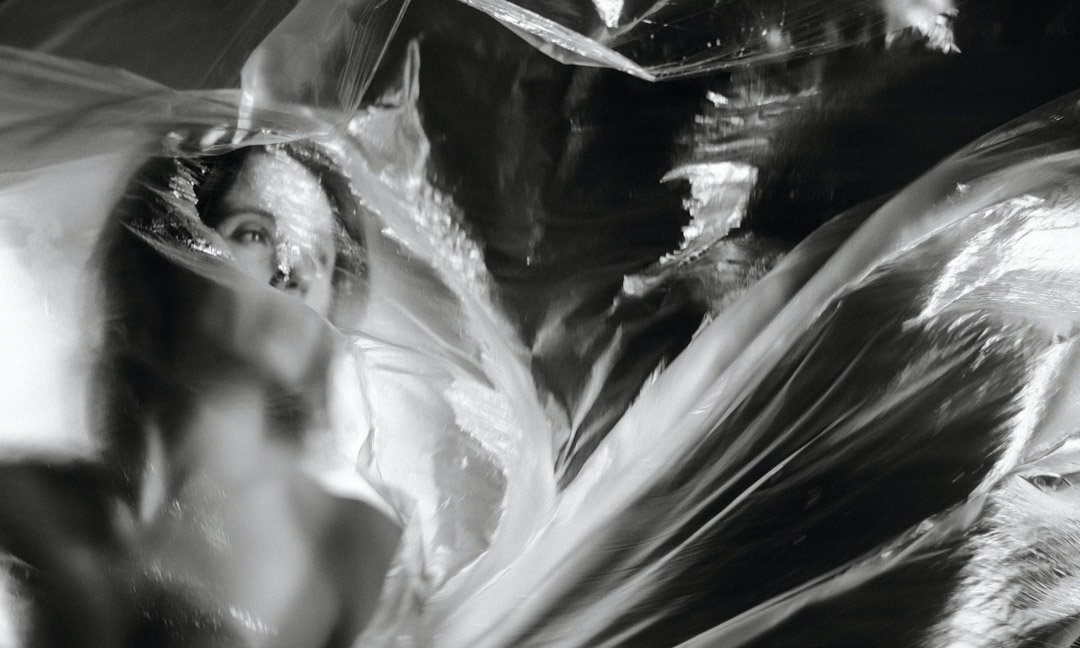 From her seat in the park, all Narumi sees is punctual and she’s unaware of figures moving through her ignorance. Unaware of people with frisbees, sitting on blankets, standing by the water’s edge. The bench she’s sitting upon is internationally renowned and in the middle of the park. People from the whole world have shared its view and observed how it’s identical to both the slats of the floor and the wide wooden handrail that separates the manmade lake.

Then they appear and she watches them drinking beer on the other side, packed closely together like a canned rainbow, a concentration of colour and energy that breaks into an arc whenever the lid is undone.

Some of them wear summer yukata in bold colours. Bright orange, cerise, navy with sashes around their waists, traditional and cotton. They loll under a tree with mottled bark that looks artificial, almost painted.

Her choice is between meeting him for dinner tonight or not meeting him ever again. She needs to go home first to change out of her jeans, but she’s uncertain about going because neither option will bring her peace. Receiving an ultimatum like that was another dilemma, not the solution he assumes he propositioned – even though he did give her an option to avoid directly saying no.

She has an urge to go crazy, to swim in the pond, propelling herself forwards with her legs beating behind her. Hands scooping its camouflage. The fountain at its centre is switched off. There is no twenty-foot spout into the sky, no movement on the water at all, not even ripples from a breeze, or the trail of a duck.

She jolts when her hand runs along the length of her hair and stops abruptly. Short or dyed were forbidden, so it’s always been the same, long and naturally a little browner than black. This morning she went to a different salon to avoid having to reveal that her career is over.

It’s too late now for blossom and the fruit ripens – rots even – high above her. When the company had its cherry blossom-viewing party in the park a couple of months ago, back in March, they placed their own blue plastic sheets among a collage of identical squares. They shared snacks, relaxed, mapped themselves to their work and inspired one another, together enjoying a novelty: the celebration of things delicate and temporary.

Her career was sliding to an end then, as recent years were filled with injury and decline. She had only a matter of weeks left to dance among them in the corps de ballet. In some ways, it was a relief to finish because lower-ranking dancers aren’t valuable like their superiors, the soloists. At least those younger still had to look up to her.

On that Saturday in March just gone, there were disposable cups, cellophane, beer cans and wine bottles and other remnants of the previous days’ picnics, overflowing from garbage sacks. It seemed everyone came to the park to appreciate the blossom and its pinkness curled inside them with a sweet fragrance. Petals fell to the ground in hoards. They dissolved into rust, transmuted themselves into pond life and became fodder for plants that oxidised the water.

Years ago at a blossom viewing party, she’d found a Canadian who, for three years, gave her weekly conversation classes at an architecturally designed café in glitzy Aoyama. There’s no point in starting new things you can’t master when you’re reaching later life, so learning English in her twenties was like training to be a dancer and gave her freedom, movement, focus. The Canadian went back to Vancouver, so she found another teacher. When that teacher left too, there was a language school and she continued trying to express herself. English and ballet are perhaps the cause of her openness, which doesn’t belong to Japanese culture.

She came to the park aged twenty-eight when her engagement ended. She told herself a different future. Now she’s back again, plotting the rest of her life, choosing between remaining an airline pilot’s mistress or a lonely death. If she arrives at the Park Hyatt for dinner, he expects her to manage his new apartment.

“You’re so good to me,” she’d said to him on his last visit, clutching her new handbag at the movie theatre before the lights dimmed.

“Hey, you make so much effort to be beautiful for me, really, it’s nothing to pay you little favours.” He’d put a finger on her mouth to prevent her from thanking him again. Narumi lowered her eyes and bowed her head politely. “Your eyes are like diamonds,” he’d whispered, reaching for her hand. “Diamonds in the dark.”

“You’re so funny,” she said. “I want this never to end.” His citrus scent brought with it memories.

“Let’s talk about what the future holds after the movie,” he said.

Yesterday her friend Yoshiko took her to a restaurant and presented a chocolate cake with sparklers like it was her birthday, but she didn’t feel like celebrating. Her last ever show was the Tuesday matinee of Cinderella and she came off stage to be given a bouquet by one of their teachers. Then she’d carelessly left it on the train because she was tired, too drained to even look for it later.

Retirement could lead to pacing up and down supermarket aisles, or doing lengths at the pool unsure about what to do next. She’s thirty-six, only fifty more years of life expectancy. There are possibilities other than opening her own dance school. But she wants to be a good Japanese citizen.

“You look great in your dress,” he’d said at the bar they went to after the movie. From its panes, the city lay silent beneath them, twinkling like embers. Narumi shunted a singular cube of ice around her glass, smiling coyly and looking at them both in the window’s reflection. “That beige looks good on you and it shows off your dancer’s physique. I truly am one very lucky guy. But you’d look better out of it.” It was flattery. His jaw was square and dimpled and his mirrored sunglasses were pushed on top of his balding head. She could see herself reflected in those as well. “Listen, this thing I want to discuss. I’ve closed a deal on an apartment in Funabashi. How about that?”

“You did? You will move here?”

“Not exactly. But with this work schedule it makes sense to have somewhere.”

She put her hands on her lap and sat taller. He was growing serious about her.

“I was thinking,” he paused as he sucked his teeth, “the place is going to be empty for three weeks every month and it might be an idea to, well, to employ a housekeeper.”

“Yeah, someone to water the plants. At least, that’s the official story. You’ll have your own keys and can live there freely if you want – of course, just between us.”

“I need to think about it,” Narumi replied without hesitation, restraining her emotions away from the surface. It took an hour to get to that area of the eastern suburbs.

“I’d like us to have a future together,” he said, reaching across the table. She gave him her hand.

“Yes, I want that too. But, Chad, maybe I can go to New York someday.”

“To work as a dance coach.”

“Hey, that’s not a bad idea and my other life is in New York.” He moved his hand away from hers to help himself to a rice cracker. “But it could get complicated if you came to the States. To be honest, I don’t think it would work. So, that’s your plan? To live in New York?”

Narumi laments among joggers, mothers pushing strollers, people cycling to make a shortcut on a beautiful day. The park contains all kinds of answers. She’s heard shrieks in the undergrowth, listened to instruments, seen band rehearsals, in-line skating, noted friends drinking with similar-style friends, watched martial arts classes and ogled at rockabillies – aged now, too – still with their quiffs. Everyone loves the divinity of Yoyogi Koen.

She won’t be content no matter what she chooses. She has to remember her duty as a woman, recognise her failure to marry and become a mother, acknowledge the shame she’s caused her family, the difficulty integrating that she’s given herself by being independent, by being wagamama-selfish. Many people start staying in at precisely her age because they’re social rejects, unacceptable, unable to face being single and outcast.

This park is tranquil like a wilderness and yet it circulates Tokyo’s definition. It’s a space for expressiveness, shimmering among a plethora of fumes and it stretches far from here, days and years into the horizon.

If she sits pond-watching long enough, some lonely Shih Tzu-walking salaryman might stop and talk. Perhaps he’d be a better fit than a big persuasive foreigner. Perhaps she’s too old for other people to want to talk to these days. Or her presence doesn’t captivate them like it once did. Her flesh and grace aren’t special enough now her age is improper.

She used to wonder why humans became more uptight as they got older, but now she sees herself surrounded by objects of irrelevance. For example, young people and their enthusiasm, smooth skin, fearlessness.

If she stayed on the bench, how long would she wait? Thank you for coming to find me, she’d say.

Closure of the park a couple of years ago prevented an outbreak of public sickness. Vagrants were displaced. There were no shortcuts, no parties, no games, no rehearsals. There were to be no protests, no political uprisings, no movements, no rebellion, no slogans. Disinfectant was sprayed to kill hordes of mosquitoes in order to halt the disease. Combination locks remained fixed on the gates for months until daylight lengthened again.

She asks herself if he misses her the way she misses him and she stands to leave.

Michelle Egan is from Northumberland and has lived in all four corners and the middle of England. She has taught English in Spain, Japan and Italy. She holds a BA English from the University of Exeter's Cornwall campus and enjoys reading mythology.