The Value of Retelling the Same Story
|
Konstantinos Doxiadis 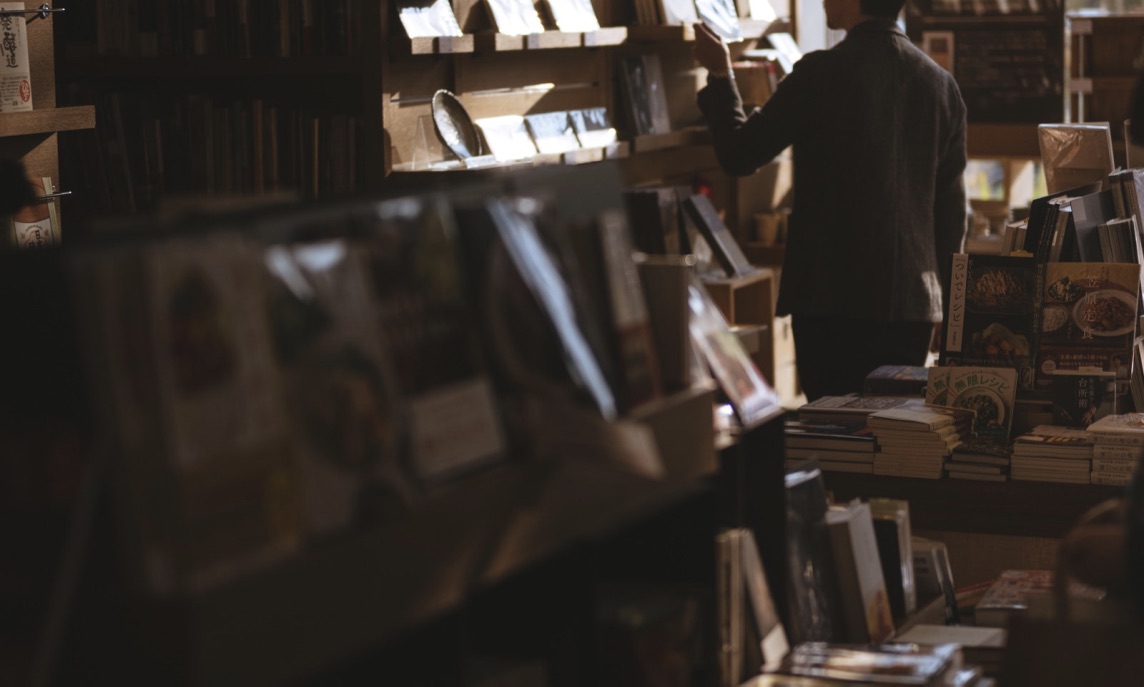 The Value of Retelling the Same Story

Is an influenced idea an idea of one’s own? Does the manifestation of structural similarity imply conceptual affinity? What is the value of retelling the same story?

Such questions have troubled me for quite some time as a reader, and even more so over the past few years, as I began to engage with literary translation. At the core of this exploration lay yet another question, one that bridged the gap between artistic intention (the first question), and conceptual value (the latter two). Namely: What do we define as the ‘core’ of a story—i.e. in what way can we reductively capture its essence?

One might be wondering if such questions can ever yield significant results. After all, most conceptions of literature - and here I use the term literature to refer to a craft, rather than the mere inscription of words on paper—are strongly tied to notions of non-expendability. That is, they hold that the defining feature of a literary work’s value lies in the very form that it possesses, a particularity that will necessarily be sacrificed once we attempt to re-describe it. With this commitment in mind, a reductivist description of a literary work is condemned to futility. How can we consistently maintain that an ineffable core can be described in natural language? And, consequently, how can we talk of one story being a ‘re-telling’ of another, if their identifying features are uniquely manifested in their expressions?

Regardless of how much philosophising we may engage in, there’s something appealing in talking about artistic influence and the comparative value of mutually influenced works. A common example is the review and analysis of a literary translation - a practice that makes sense only if we first assume that a work’s literary core can be re-described. The same can also be said for texts that are much more loosely connected, where one has merely influenced the creation of the other. In these cases, we might talk of the degree of influence, and the comparative quality of the two works. Such discussions are common not only in the philosophy of aesthetics, but in every kind of literary criticism. In a similar vein, reviewers often try to identify what the core of a given work is, and, how successfully this core idea has been transferred to the ‘influenced’ work. As with most intellectual endeavours, it is incredibly easy for superficial similarities to be misdiagnosed as deeper conceptual truths. And, this has never struck me as more obvious than in the case of the short stories Glass (1925), by Yasunari Kawabata, and The Dead (1914), by James Joyce.

For a long time, I was convinced that Glass was an homage to Joyce—the abundance of structural similarities in the narratives, as well as the monographs Kawabata had composed on Joyce, strongly reinforcing this intuition. To give some brief context, consider the following two samples, taken from the conclusions of the stories:

“Gabriel, leaning on his elbow, looked for a few moments unresentfully on her tangled hair and half-open mouth, listening to her deep-drawn breath. So, she had had that romance in her life: a man had died for her sake. It hardly pained him now to think how poor a part he, her husband, had played in her life. He watched her while she slept, as though he and she had never lived together as man and wife. His curious eyes rested long upon her face and on her hair: and, as he thought of what she must have been then, in that time of her first girlish beauty, a strange, friendly pity for her entered his soul. He did not like to say even to himself that her face was no longer beautiful, but he knew that it was no longer the face for which Michael Furey had braved death.” - The Dead, James Joyce, 1914.

“After reading the story, Yoko looked as if she were considering something in the distance. “I wonder where that vase went.” He had never seen such a meek face on his wife. “But I was a child then.” His colour changed. “That’s right. Whether you fight with another class or even take the position of another class and fight with your own, first of all, you must recognise that you will soon be destroyed as an individual.” But this was odd. The man had never once in all these years felt the loveliness and freshness in his wife that he perceived in the girl in the story. How could that bent-backed, pale, sick urchin have this kind of power?” - Glass, Yasunari Kawabata, 1925.

Joyce’s Gabriel is consistently misunderstood by friends and kin, claiming to find solace only in the books he receives as a literary critic, while Kawabata’s unnamed protagonist is also painted in a solitary, melancholic light, unwilling (and perhaps unable) to truly engage with the reality he lives in. Given the above characterisations, the authors then plunge into the following scene: As the protagonists are beginning to make conversation with their wives— Gabriel with the hope of an erotic development and Kawabata’s protagonist with the (putative) desire of shaming his wife for having had a suitor—they find their plans derailed. Instead of their wives complying, i.e., engaging erotically in the former case, or admitting shame and humiliation in the latter, they both begin to reminisce about past encounters with other men.

Accordingly, the husbands’ reactions are what one might expect given the (maritally conservative) circumstances: Gabriel finds ‘a dull anger [beginning] to gather again at the back of his mind, and the dull fires of his lust [beginning] to glow angrily in his veins,’ whereas Kawabata’s protagonist ‘regrets having shown the story to [his wife]’ (referring to a published eulogy of his wife by her old suitor), fearing that she will think he’s accusing her of an illicit relationship. However, perhaps remarkably, both of the wives remain completely oblivious to the frustrations of their husbands. Instead, they persist with their stories, innocent and undeterred. And, surely enough, both women are morally vindicated in the eyes of the men. Gabriel feels ‘humiliated’ at the jealousy he directed towards a young glassworker (now deceased) whose only crime was to love his then-sweetheart, whereas Kawabata’s protagonist’s ‘colour changes’ at the realisation that he was implying his wife had committed an ignoble act when she was a naive fifteen-year-old girl.

Now, the stories could very well end here, outlining a simple case of marital misunderstanding—an argument avoided, if you will. But the atmosphere that has been built up, and the rapid shift demonstrated in the men’s emotions (from directed anger and shame to undirected sheer shock) is still to be appropriately diffused. Thus, Joyce and Kawabata persist in their narratives. In The Dead, we are treated with a poignant and melancholic image of the soft snow ‘falling obliquely against the lamplight,’ with Gabriel sitting by the window and thinking about his wife’s dead suitor. And, in Glass, we are faced with a man who ‘had never once in all these years felt the loveliness and freshness in his wife that he perceived in the girl in the story,’—that is, with the image of his wife as her suitor saw her.

However, while conjecturing on all the possible similarities I began to suspect that my assumptions were ungrounded. Not only was there no reference of Joyce’s work in Kawabata’s journals prior to 1925, but the first official Japanese translation of The Dead only surfaced in the 1930s, over half a decade after the publication of Glass. Given the non-existent market for foreign fiction in Japan at the time, and the fact that Joyce’s fame grew rapidly after the U.S. publication of Ulysses in 1934, I realised that the chances Kawabata had even heard of Joyce in 1925—let alone read his work—were incredibly slim.

Thus, I returned to my search for the literary core of the stories, this time jettisoning any appeal to narrative structure. In both stories, we are presented with two men who are alone in the world. Two men whose repeated attempts at companionship, and whose loyalty and kinship to their wives is tried and tested in the most minor of misunderstandings. Two men who find themselves pining for the worldview of another - of one whose conviction in the value of life is so strong, they’re the committed to sacrificing the inhibitions that reason conventionally instils. Over and above any (eerie) coincidental similarities in structure, what is salient in both narratives is an attempt to grasp one of the most fundamental aspects of the human condition: the eternal desire of man to find home, and the eternal belief that he is condemned to be alone.

With this realisation in mind, I returned to my initial questions. Is there really any value in talking about intentional literary influence? In holding that such crude similarities allow one to compare one work to another?

My conclusion is not that we should reject literary comparisons. Neither is it that we reformulate the identifying features of a literary work in such a way that reductivism is legitimised, i.e., that we can reduce and re-describe any text without inducing an identity crisis. The conclusion I’ve reached is one that is much simpler than all this, and, was probably glaringly obvious from the beginning. Literature aims to capture the ineffable, to bridge the mystical with the real, and induce in the reader that which cannot be described. This mystical ideal can be instantiated in various guises and forms, by multiple different works whose authors’ motivations might or might not be related. What we are touching upon when we compare two different texts is merely the effectiveness of this instantiation, not the substance of the ideal it wishes to represent—in much the same way that when we compare the beauty of two different sunsets, be they in different locations, or different days, we are not implying that the sun itself is different, but merely considering how the world it illuminates attempts to complement it.

On Poetic Natures - in Conversation with Juan Arabia