The Aura of Words
|
Vasiliki Poula 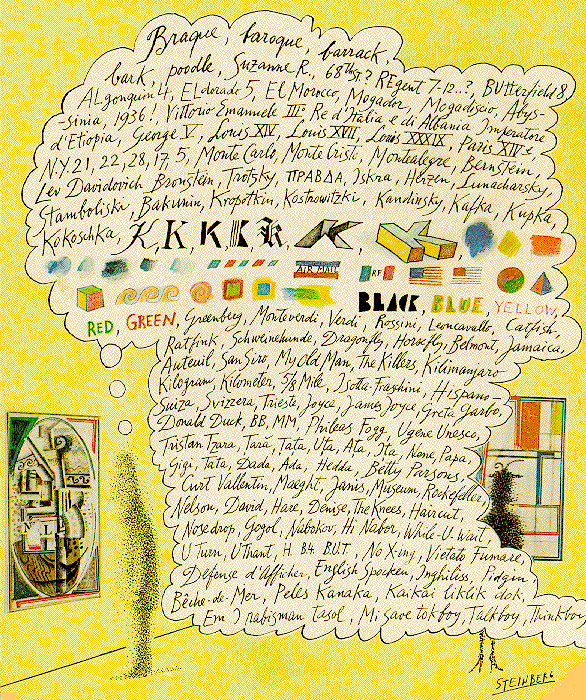 “O voi che siete in piccioletta barca,
Dido choked up with sobs for her Sicheus
Lies heavy in my arms, dead weight
Drowning with tears, new Eros,
And the life goes on, mooning upon bare hills;”

The silent despair of Dido for her husband’s murder is deafening. Mourning the loss of beauty seems not only to refer to the body of Sicheus, but to the entire humanity, which opiates the intricate effect of words and the aesthetic power of language. At this crucial moment of personal devastation, Pound, as a human, rather than poet, does not lose hope. Comfort is found in the moonlight, which still sheds light down the hill, in the same way it always did and always will do. The undimmed power of the natural world has nothing serene, though. Instead, it is a revolution, an act of perseverance in these times of constant change and degradation. That’s why the “small boat” acquires a peculiar force, as a new David, which tries to circumnavigate Goliath, i.e. the riffs that human history poses.

A personal expectation from the sound of a word used in a poem to reflect the force that the word per se exercises on me, along with my limited knowledge on Latin accent led me to pronounce the c in “barca” as /k/ rather than /ʧ/, which would be the correct phonetic spelling.

The origins of that choice were neither difficult to trace nor especially original. /k/ simply sounded much more harsh than /ʧ/, better describing the decisiveness, with which I had connected the small boat. Both consonantal sounds are produced without vibrations of the vocal chords, they both allow air to escape solely through the mouth and that air escapes along the center of the tongue rather than to the sides. However, /k/ is articulated with the back of the tongue, while /ʧ/ uses a more front part of the tongue. Moreover, /k/ blocks the airflow entirely, while /ʧ/ first stops the airflow and then directs it with the tongue to the sharp edge of the teeth. Therefore, overall, /k/ interacts with less parts of our oral cavity and produces a less familiar or emotionally attaching sound than /ʧ/, which evokes a more “fulfilling” feeling.

Still though, no phonological analysis of the two sounds seem enough to justify my choice of /k/ over /ʧ/ or generally, of some sounds over others, of some words over others in specific poems. Here, I just want to feel the little boat as something untamed and since the Greek word for wave (kyma) reflected that, I immediately attributed that sound to barca, as well.

around the Thracean rocks, the water is crystal
with no direction, an ephemeral glimmer
as Helios summons the Nereids,
phonating the syllables of their names like a puppeteer:
Kymothoe, Kymatolege, Kymodoce.

The silvery cave filled with the daughters of Nereus and Doris.
Human voice trembles in awe in front of them,
the chords locked.
Only light can choose;
the capture of the one followed by the liberation of the other.

Once they touch the water,
their voices mysteriously multiplied.
A language in place of all the others.
Their amalgam
reflects, foresees.

And I sit there, harking for that utterance
which will reveal the seabed.
After all, no one can dive from those rocks,
once the fear of the fall has been overcome.
For he who is decided to die, has already lost the battle.

The making of crystal was not easy;
when the words are annoyed too much,
their force is dazzling.
Don’t fly too close to Him,
Daedalus warned his son.

The sea surge,
reminiscence of the muses’ secrets,
of the dissolving in the waves,
whetted knife
in an unhealed wound.

But what an unbearable pain its healing would be.
Saline cleanses;
and the vastness of Hades dwarfs,
as I breathe
the hearty air.