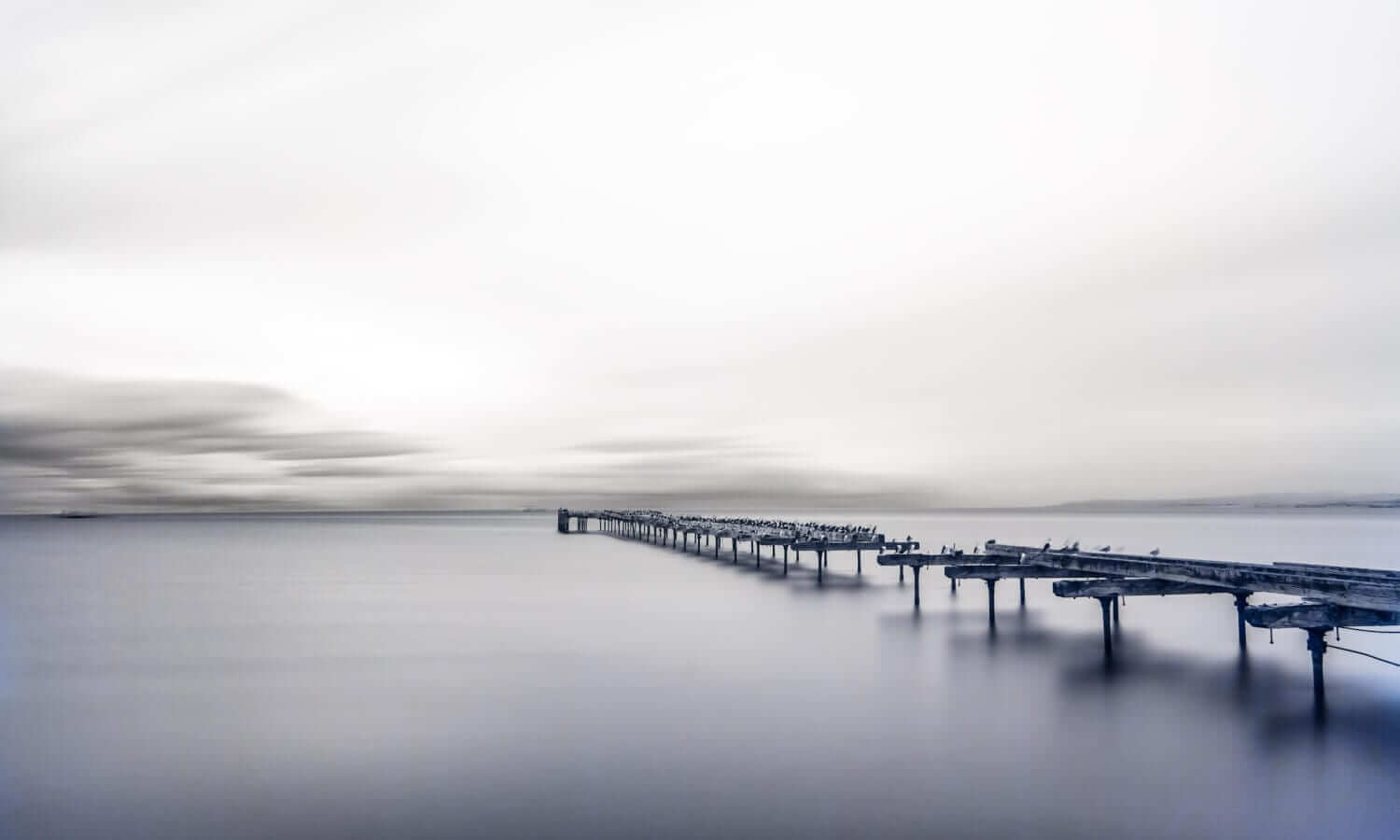 First, I'll blur a transparent volume of water to consider the reader, in a sort of invocation of meta that appears to have become a need of every conscientious modern-day introduction writer. (Does every text need an instruction guide to narrow down its space of possible meanings? Could it be mere signalling, serving to make the reader feel at home by a Hestian hearth? I'm told that reading literature is best done by letting one's feel-it-out muscles do their thing: yes to enquiry, no to rumination.) Anyway, for you, the reader, I do my best to enforce clarity, while drawing a line: I won't attempt to cram a stream of style, tone, colloquiality, imagery, and so on into something more conventional -- my main principle is to say exactly what I feel, and it's hard enough to do that without linguistic restrictions.

In writing, I hope to sprinkle solid sweets into sentences, so that you'd roll them around your mouth and savor the flavors, and not so much gain information as gain a fresh perspective. This means shuffling your deck of cards: noticing new connexions, phrasing questions and theories differently. This means sweeping all the paper off your desktop: forgetting your oft-repeated phrases which begin to lose their meaning, revisiting the issues you care about with a new person's eye. This also, hopefully, means the joy of thinking and of being renewed.

Perhaps the ruby of the jungle temple is the notion that moulding the words for a new insight from new materials without tools allows one to concentrate on a precise depiction. Moreover, if fruitful ideas echo through memory in diverse forms, they retain their original meaning more clearly, and instinct can be a more truthful poet. I often prefer, implicitly or explicitly, to ask questions, not only because forcing sounds-good-logical answers whose repetitiveness should be tiresome slap clearsight, but also in order to help cultivate the latent knowledge from receiving and considering soft print as we make our thoughtful walks: that knowledge is the backbone of discovery. In any case, I hope you, dear reader, will appreciate chewthinking through the drops of my fountain pen.

Let me set down my reading of the stimulus — don't you also prefer songs with clearly audible lyrics? (To dissipate potential unintended pretentions: I have, very sadly, not read most of the Divine Comedy.) Dante, as he opens his visions of Paradise, appears to be highly sensitive to the reader, knowing and fearing for the effect he might have on them. First, he invokes a haze of religious sentiment while explaining his premise, precise at every moment but meandering as a whole — a haze which serves as the predominant connective and context in the era. Meandering to us who see the part, logical to him who dictates the whole: our "little boats" must see that. (Or is Dante's inner ocean a chaos to him, too? healthy as a whole, toxic in fragments?) The fools who swallow Dante's thought indiscriminately, sinning as they eagerly seek Truth (a very Christian word), or affirmation, or nourishment, or adventure: they must be led to the right path from their erring intent; otherwise, allowing the Commedia into their immature hands is a sin itself.

"But I, not I, me, today, a ready reader, not I", I might say. Is the modern reader much more mature (or perhaps rather: experienced) than a reader in the Middle Ages, one I'd imagine as fervent in the haze, a deeply engaged disciple thrilled to chewthink eternal lessons from Dante's ornamental melody. In an age of smartphones, with my first reflexes lavished in near-automatic technology (perhaps we're too accepting towards the way in which technology alters lifestyle?), where an abundance of options pulls me away from choosing one and sticking to it, where competition encourages minimal action necessary for validation, with true rigour replaced with what true rigour feels like as ruthless optimization reveals what some might declare human nature's true priorities, and when some people tolerably rot inside or visit psychotherapists because they don't identify with the words coming out of their mouth, while some others, smart-by-accident half-unmindful ones, act on their common sense, having their share of fun in pizza video game nights, Breaking Bad binges, hitchhiking, roaming New York City like a small mongol horde in jovial peacetime (where can we see a representative sample of modern-day characters? novels, Netflix... EastEnders? umm.) — in such an age, perhaps the way we engage with text has been edited, and who? is willing to stop and really think about what is before their eyes (as many, with their natural critical capacity impaired by photon bombardment, gloss over incongruities, possibly lightly and oddly affected in sensitive moments), who can build up a solid opinion to contrast with what swirls around, and who'd care enough to engage with such people, when so rarely are they capable enough to say anything practical. Yes, today, Dante wouldn't worry about misleading his readers, because modern-day readers know to take things seriously in rations, one orderly packet of food for each newcomer.

Sowieso, I fear for deep engagement — "deep understanding" ooh, aah (DMC: deep meaningful conversation: ravishing! we're older now: @Cam it's oft about keeping up mental health), but what does this mean? It means feeling the details in what you speak of, it can even be tested as ability to answer the cutting questions. Orderly mathematicians do casework, chemists do distillation: there's the am-I-interested side of it and the can-I-concentrate side of being engaged. For interest: if the terrain is barren, do stuff, plant grapes: they'll grow soon enough. For feeling depth: start from flourishing soil, literature, music: let your academy be where thoughts sprout freely. That is what I keep advising myself, my twopence. Voices: "alright, if you're in the mood to share personal experience, you may, do please, tell us more!"

Well, in literature, if you're engaged, voices pictures sweet memories you forgot you had come to you like wildlife in quiet woods. To attain engagement, seemingly unprofitable directed thinking, puzzling, chewing is typically necessary, at least for me. Ulysses by Joyce in particular pushed creativity like that until the transport secured itself to the space station. (Maybe it pushed too much: noticing and narrating every stupid thought is not a good place to be in for too long.) And there's something I coined last Lent as "mindset invocation" (there you go, "invocation of the Muse" transcribed into sterile corporate/self-help lingo — though, hmm, at least mindfulness is a good word? though we should scrap singular slogans). Mindset invocation is how you find your rhythm of thought attuned when you pay close and discerning attention to the linguistics of the text you're reading, to the vibrating air at that Arvo Pärt concert, or even to your lecturer's handwriting: in short, when you allow your inner swaying cornfields to be cultivated (alles klar? na klar!). This is how reality echoes within us. Pull the swing up higher, then let go.

Let go, reckless, and find your way, no, lose your way, almost lose yourself in the Abyss. "What just happened? I didn't know my tongue fires blades: now I find him bleeding! The shape of the wall shifts to reveal the mirror I broke. I abandoned all my goals yesterday, whatever they were. I need to talk to you but I don't know why. Oh yes that is the "problem with me" and fix it and fine! — no, not really, I recede from any mould, a sea monster. I will defend this fort to my last breath! — my dear, you hear my voice, so you're already somewhere else. Watch nightfall sunset beach woodship departing with chests full of sorcery relics, knowing they're still with you always. I know nothing of me tomorrow, therefore it is pointless to fear it. Intellect loses all dignity in an imperative to think: it's all used frying oil, and only instinct shows sense, so diverted the intellect must be. The brain, a wound, it sows, extrudes knots, sauntering beneath the eyes of the moon. Well, at least fate is thwarted, I got Eigendirektion, I learned to see, and all that; congratulations you moron, now take as much gold as you can carry, and GET OUT."

Dante was right. If you plunge into it, try to find yourself at occasion in a sequestered stone hollow at candlelight to draw a map, administer honey, and set up sensibly unconstraining safety handlebars. Would you dwell wild woods, or domesticated dales? Ambition sings softly. But would you be barbaric, or civilized? A painful recoil from violent dreamscapes. What are our safety bars: do they form a system of reference points, like memes, like routine, or like style or identity? We define ourselves to live soundly (or for a job application xx), navigating presentability, honesty, and decency.

But Dante was wrong: our ships will set sail. Here I sit, something in me spouting spindling images, and I say that it is vain to try to control one's inner self, one's internal world, distant, often unknowable and exhausting to articulate. However, we can still make movies "based on a true story" and tell tales 'round the savannah firepit, it's food-for-thought, it clarifies. And if there's an imp that like a Spanish inquisitor jabs its finger at fantasy declaring "that's me!" out of a need to know what to do, out of innocent comfort-seeking anxiety, better stroke its head so that it'd lie back, black seat belt glistening on its shoulder, gaze turned left, absent-faced with a slight smile, taking in the view.

Song: Calm was the even, and clear was the sky