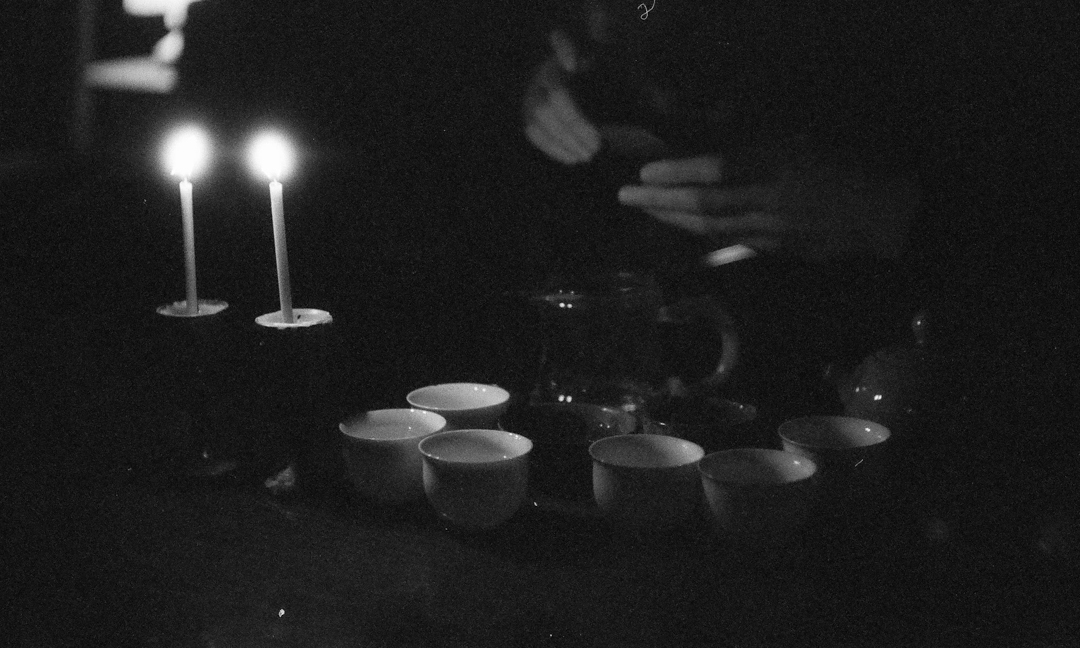 My sixteenth winter achieved a plate of roses,
more precisely a rose plate,
composed of pressed petals,
plucked at different stages, from May to October,
from serious infurled buds to late-season
raggedy-scent blowers, voluptuous,
drenched with their own oily perfume
released by the gentlest bruising
with thumbs and little-finger nails, leaving no mark,
then impregnated anew with more of their own scent
from a colourless liquid in a test tube; treated with resin
and left to harden in a shed of red corrugated iron
some few metres from the house,
all through the winter months
including several weeks of snow;
that pinching trudge in wellingtons from house to shed.

That past summer of something like joy—
first and terrible—was now drying pulp:
curdling, curing, away from the family home,
away from human contact. A resident rat, wren,
and robin visit the shed. And the Maker; no-one else.

By next March I’d had a birthday, and the plate had hardened
into something disturbingly beautiful, a shell
shot with blood-red coral; useful
for holding bracelets, earrings;
clementines, or nuts;
cinnamon sticks; rosary beads.

And, huddled inside, sat May to October,
shoulder to shoulder like sisters against a wall,
jaws dropped in shock, as if snatched suddenly into stupor,
their Jailer leering, having them there forever,
ageless summer girls, eternally decorative.
And the 16-year-old, after that time,
was never heard to call out; never rose, or rebelled.

GB Clarkson is a UK poet of Irish heritage. Her work has featured in Poetry Magazine, The Poetry Review and Poetry London; and This Line Is Not For Turning: An Anthology of Contemporary British Prose Poetry.