The conquest of the ivy leaves
|
Vasiliki Poula 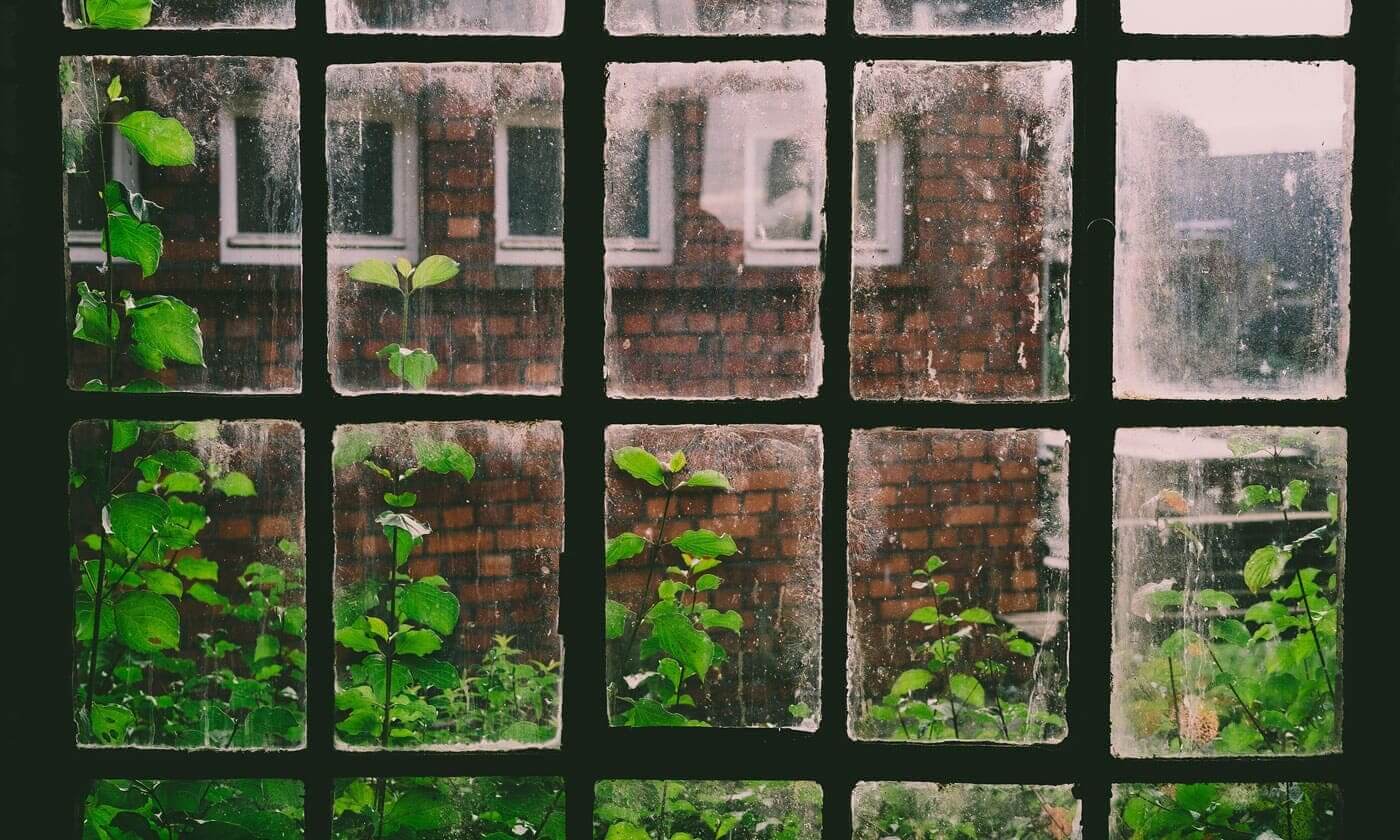 The conquest of the ivy leaves

He got a glimpse of his reflection on the window. Lines spreading around his eyes like rays in a child’s sketch of the sun. The ligaments in his neck, pushing against the shrivelled frills of flesh. And there was a lag in it, a space where one sound stretched out to reach the next. In the slack of that lag, it felt like words could no longer just go anywhere.

They would collapse upon the wall of the house across the bare, dreary yard. Climbed half-way up the wall, an old ivy vine, gnarled and decayed at the roots, its stem clinging to the bricks. The ivy leaves swaying, as the cold breath of autumn was loosed all of a sudden.

After the last school bell of the week rung, he would head off to the gallery of his town. Today, a seat on the bench in the middle of the main room had escaped the eye of incomers. They were too absorbed reading the scribbles on the bleached-out labels at the right bottom of the paintings.

A little later, 'eleven'; and then 'ten,' and 'nine', almost together.

He went back home and started drawing; a picture of the town pump with a prominent citizen passing by hastily. His effort was framed and hung in the drug store window by the side of the ear of corn with an uneven number of rows.

'Eight! They're falling faster now’, he said in almost a whisper. Three days ago the leaves were almost a hundred. It made his head ache to count them. But now it's easy. ‘There goes another one!’

Filled with pride, he tried to approach the director of the gallery who often dined in the restaurant right next to the boy’s house. The marble-topped tables, the range of leather-upholstered wall seats, the sedulous and largess-loving garçons – a mélange of talk and music wisely catering to all. Such a farcical veneer, for they would all try to forget that they were still in the restaurant of the small town with their laughter deep as skin, a crackling tension in the atmosphere, always ready to erupt in showers of sparks or discharge itself in thunderous peals.

His piece was a living pastoral, full of the genuine breath of the fields, the song of birds, and the pleasant chatter of trickling streams – the scenery ablaze with colour.

‘Too cliché’, the director smirked, handing the canvas back.

Fifty years he had dreamt of wielding the brush without getting near enough to touch it. He had always been about to paint a masterpiece, but had never yet begun it. Nature, in scheduling him, had pruned all superlatives. A canvas on an easel longing for the first line.

He dropped an epicedian tear. But fear not. The sandcastles of children are supposed to be washed out by a wave. At the shrinking of the tide, though, the reminiscence of the castles persists. There are a hundred places where he was afraid to go, as with memory they’d brim. And even in those other places that he did dare to go, convincing himself that no shred had remained, he’d so remember them.

The ebbing of his hope drained his faith. He sat staring at the yellow, singing gaslight. Soon he walked to the bed and began to tear the sheets into strips. Then, the canvas. With the blade of his knife he drove them tightly into every crevice of the wall until the windows were covered. When all was snug and taut he turned out the light and lay gratefully upon the bed.

He marveled at the dark paint on his fingers, mimicking the gauzes lingering around him. He was now rocking his worst fear in his hands, and, after he put it to sleep, he left it in the darkened room and tiptoed out.

The day was already worn away, wreaths of mist swirled up into the air. When the last one goes, he goes, too.

A fragment and a hope