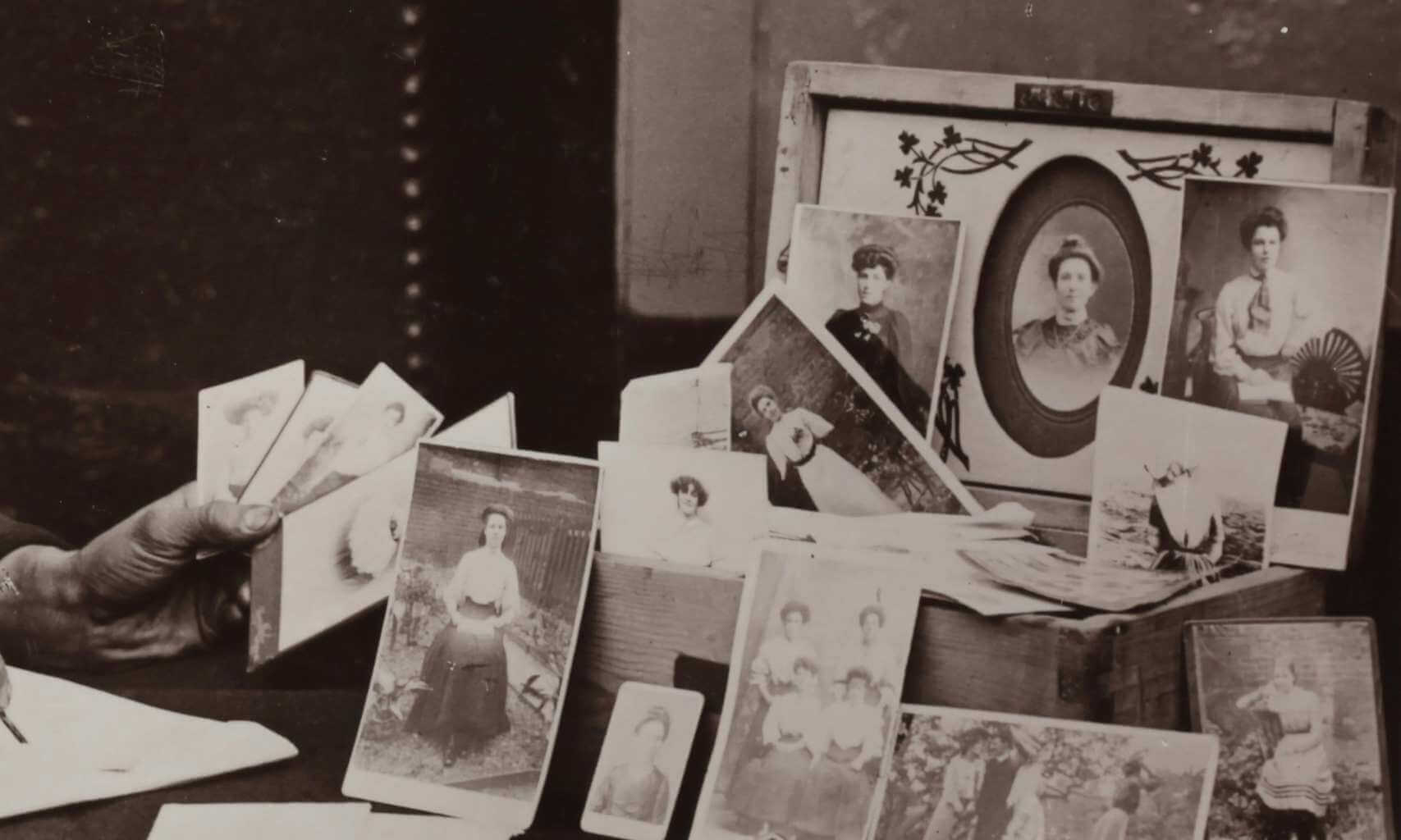 When my grandmother spoke of what she lost she chose to tell me about the perfume and flavor of peaches from another country. I sat and listened, age six, from a creaky kitchen chair. Her words tumbled like a river. I thought they might never end. She didn’t mention the loss of a family or a home--she had those now, here, then. It was the taste of those sun-warmed peaches that she missed.

When my mother spoke of what she had lost I learned part of their journey was by train during World War II. My grandmother was a young mother fleeing from the war with her three children. My mother was the eldest child and not yet six. My mother said they piled trunks and pulled heavy hard-sided suitcases over themselves in the train compartment to shelter from flying glass as bombs whistled down.

I imagine the muffled silence once the planes banked away. Suitcases pushed aside. Dusty sunlight. The crunch of glass underfoot. A sack of peaches tumbled across the train floor. They picked a path out and away from the train through bomb craters. My mother held her younger brother’s hand, unsteady feet, the baby in my grandmother’s arms. Sun shone through fuzzy up-struck hair.

Mother and children stepped carefully around the craters, around tumbled shapes and dirt-caked slack limbs. Remains, she told me, of those who clambered out of compartments and sought shelter underneath the train. Words like a river long ago and yet still with me.

Those memories are all that remain. My grandmother is long gone and my mother too. I’m a mother now and my son is the age I was back then, listening. He is about the age my mother was on that long-ago train. From here I can see our family as layers of time and memory that spiral onwards. My son wakes in the morning and he shoves aside the bedcovers and comes down the stairs with rooster hair. He reads books and plays video games and dances around the sunlit living room. I see the young curve of his cheek or his calf and I think back to my mother, my grandmother, to myself at that age.

D.C. Van Schaick writes fiction in a variety of genres, and is working on her first novel. When she isn't writing, she works in customer service and enjoys life in rural Vermont, with her husband, child, a dog, two cats, and a dozen or so chickens.