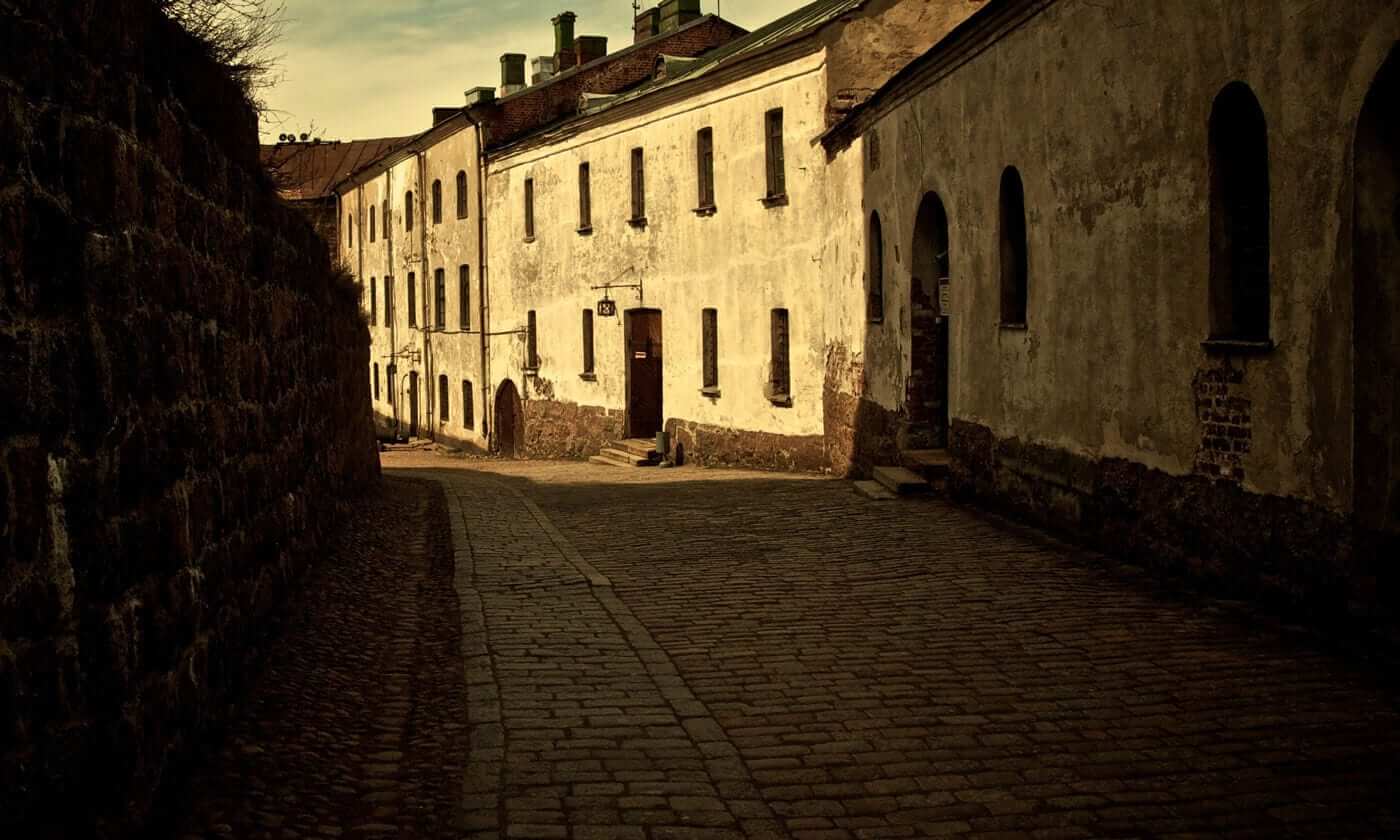 She had often teased him for being two years younger, perpetually chasing to catch up, but as Giovanni was trampling across the pebbled beaches of Positano, Lucia drew her last breath. By the time he had reached home, soiled and spent from play, her body was already covered with a blanket, and the family dressed in black. He was six at the time, young enough to avoid the devastation of death, but old enough to feel the repercussions of his parent's breakup, which followed a few months later. Whether it was the inability to share the burden of losing a child, or that Lucia’s death had breached an unbridgeable rift in their relationship, his mother decided that Positano was no longer a place she could call home. So, early one morning, she roused Giovanni from his sleep, and slinging a duffel bag each over their shoulders, set off to build their lives elsewhere.

They travelled far and wide, his mother taking up any job that arose, scrambling to salvage whatever childhood she could for Giovanni, who was quickly growing to be a tall and stooped boy, his eyes permanently cast on the ground. After three years of wandering, they settled in a small flat in Candeli, at the outskirts of Florence. It was not much to speak of, with its flaking walls and musty wooden floor, but it was large enough for the two of them, so that when the sun set the whole room would be cast in gold, and, for just a moment, Giovanni could close his eyes and imagine it was Midas’ palace.

His mother ‘worked the streets,’ or so she told him, but as far as Giovanni could tell, all her work was carried out at home. Every so often she would bring back a man he had never seen before, sometimes in a suit, others in work overalls, and planting a kiss on his head would say, ‘vai a giocare, bambina mia,’ go play, my child, and Giovanni would run out with glee.

As a result of this freedom, he had the time to explore every corner of the city, spending countless hours in the Boboli gardens, or walking up and down the Arno waving at the boats passing by below. But his favourite spot was the Piazzale Michelangelo, rising above all of Florence. From there, the Duomo was barely larger than his thumb, and rich or poor, all were given the same view. And what a view it was! ‘This is what being a king must feel like,’ Giovanni would say to himself, ‘Here I am lord and master of all below,’ recalling the happy days spent trampling on pebbles in Positano, before Lucia had passed away. ‘These are now my pebbles,’ he would think, looking down at the coloured houses, splayed out as far as the eye could see. And as he said this, a small fire was being stoked within.

Fate, however, was not quite done with Giovanni. Returning home one evening he found the door to their flat left ajar, a trickle of blood seeping through. Rushing inside he found his mother on the floor, lying among strewn underclothes, stabbed to death by a client. People spoke of premonitions and omens, warning you of a loved one’s death. Birds, falling to die at your feet, or sudden thunder, striking loud in clear skies. But instead he had been oblivious, now haunted by the thought that while his mother was breathing her last, in a filthy flat in Candeli, he had been sitting on the Piazzale, dreaming of passion and success.

The funeral was carried out the next day, with only him and a priest in attendance, reading the rites over a small wooden coffin. This was what his mother had amounted to, a 6 by 2 plot in the ground, soon to be covered and forgotten. He nodded in affirmation when the priest asked him to include a prayer of his own, but after a few moments found he had nothing to say. Once the burial was over, he returned to Candeli and drafted a letter to his father, informing him of all that had occurred. Try as he might, however, he could not bring himself to post it. What could his father do? Ask him to return to Positano? And what on earth would he do in Positano alone? At least here he still had Florence. Scrapping the letter, and packing his belongings in a small duffel bag, he set out for a new home.

He didn’t have to search for long, however, as he soon found himself outside the city’s school of drama, advertising for janitorial assistance in return for room and board. With nothing else to do, Giovanni readily accepted, settling into an old loft overlooking the backstreets of Florence. The work was tedious, to say the least, but Giovanni was past caring; dreams and passions were but a shadow of the past, and the small fire which had started growing within the bubbly nine-year-old was now reduced to mere embers. But embers too, have the power to warm, and it was this last link with his past self that forced him to sit through the evening rehearsals, every day after work. He rarely left the school with his colleagues, and quickly gained the reputation of a recluse, a tall and stooped boy spending his free hours in the back of an auditorium, staring in rapture at the stage.

The actors themselves were not particularly impressive, investing heart and soul in their playing purely in the hopes that some passing patron would take a liking to them, commissioning important work on a grandiose stage. They would inadvertently cast glances at the audience every now and then, scouring the meagre crowd for a well-known face. In the cases where they did indeed chance upon some nobility, the corners of their lips would upturn, and they would return to their playing with renewed vigour.

Giovanni would wait this out in patience, joining halfheartedly in the applause when the day’s work was over. It was this moment that he had been waiting for. Now that the curtains were drawn, and the auditorium empty, reality could finally settle in. He would sit alone in the darkness, letting his eyes adjust to the edge of the stage, protruding below the curtain. As he sat there, alone in the dark, scenes and images would flash before his eyes, materialising on the stage. Remnants of long lost days. He would see Lucia once more, racing ahead of him on the beaches, and feel his father’s arms, throwing him high up in the air. And he would hear his mother’s whisper, urging him to go play. His mind itself was clear throughout, and it was only when he tried to focus on some particular image, to reach out and hold Lucia’s arm, that the spell would be broken, and darkness emerge once more.

As time passed, his visions grew more and more frequent, greater in both strength and vivacity, until it was reality that seemed staged. Actors were now nothing more than colourful marionettes, their strings tugged and jolted by the patrons' whims. And they too, the 'patrons', nothing more than faceless caricatures, embodying ideals Giovanni knew did not exist. Despite all this, he was happy to attend, blocking out the sights and noises in favour of silent contemplation; preparing himself for the evening of dreams that would follow. Had he remained oblivious to those around him; resolute in his stance, little would have changed, each night merging into the next, but it was not meant to be.

That night, they had been acting out a particularly troublesome scene of Merope, the director having shouted himself hoarse at the actors, blaspheming every chance he got. They too, were utterly exhausted, sweat dripping from their brows; their cheeks, red from exertion. As Giovanni watched, the problem became clearer and clearer, and consequently, the struggles of those below even more futile and ridiculous. Without thinking, he let out a small chortle, the sound resounding in the theatre. The actors all froze, and the director snapped around. ‘You think this is funny? Come down here. Come down here I say!’

Giovanni stood up apprehensively, too scared to argue.

‘Come on then, tell me, what should we do?’ shouted the director, his moustache quivering in anger.

Giovanni stood in silence for a moment, staring up at the stage. Most of the actors were either sitting or bent over their knees, taking the opportunity to catch their breaths. In stillness, their costumes seem bright and ludicrous, the props, as though made from paper. The majority were, in fact. Without a second thought, Giovanni strode to the side of the stage, and pulled upon the rope, the drapes descending to mask the stage.

Suffice to say the director was not impressed, and that very evening Giovanni found himself on the streets once more, duffel bag in hand. It had been months since he had last left the school, and stepping outside again, he felt more lost than ever. He used to roam with youthful vigour, running across the pavements until his feet hurt, but now, even the shining moonlight seemed dull to his eyes, and he carried himself with abject dejection, arms swinging by his side. Perhaps it was a mere coincidence, or some remnant of his memory, seeping into the subconscious, but after hours of walking he found himself at the peak of the Piazzale, overlooking Firenze once more.

He didn’t know how long he had stood there for, gazing down upon the sleeping city, feeling her breath mingle with his; feeling the rising sun cast its golden glow upon her; feeling the fire within him, which was starting to grow once more.

The Foreman and the Labourer

The portrait of a petite figure