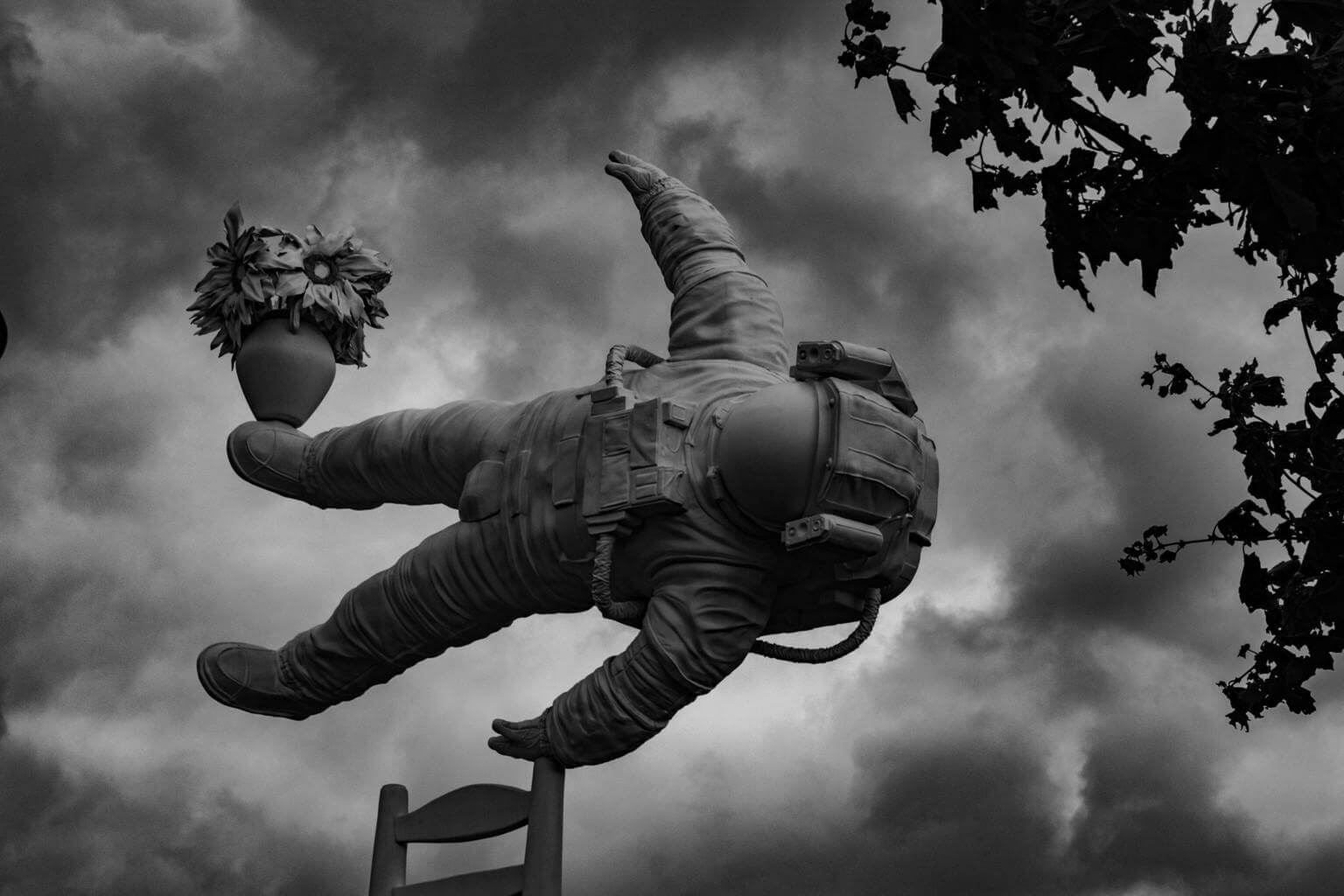 When my father turned 40 my mother
planned a party, a surprise, she taped
forty shiny silver dollars
to a small tree, the large coins hung,
suspended from the tips of the branches,
from a distance they appeared to float and dance.
And that year my father began keeping bees,
he fashioned himself an apiarist, he brought
a hive home: white and wooden,
square and multi-leveled, the bees danced and waggled,
the backyard filled with the electricity of their humming,
it became something palpable, their sound,
a collective conversation and song.
When it was time to collect the pollen
and the honey, my father dressed
in a white spacesuit- the sleeves and cuffs
of his shirt and pants banded
to keep the bees from entering his clothing,
the helmet a large mesh mask around his head,
he appeared an astronaut stepping slowly
across the moon’s silted surface as he moved
in slow motion across the yard, past the irises
and the rosebeds, the hollyhocks, the apricot trees laden with fruit.
He carried a smoker- an aluminum cone
affixed with an accordion, which he would squeeze
and smoke would wisp, at first, then plume and billow,
the smoke rose slowly, it encircled my father’s face,
he seemed a genie effusing magic,
a prophet divining the supernatural.

Holly Kelso is a career educator, and has made language and literacy her focus for twenty-four years. She has taught kindergarten through adult education to native speakers and non-English speakers, and has enjoyed being present in the epiphany when someone learns to speak or to read. An English Literature major from Stephens College, she published a chapbook of poetry in 1993, and has written intermittently about life and family. Holly resides in Boulder City, Nevada, the town that built Hoover Dam, where she teaches reading to middle school students.

The Day After a Spontaneous Trip With Friends