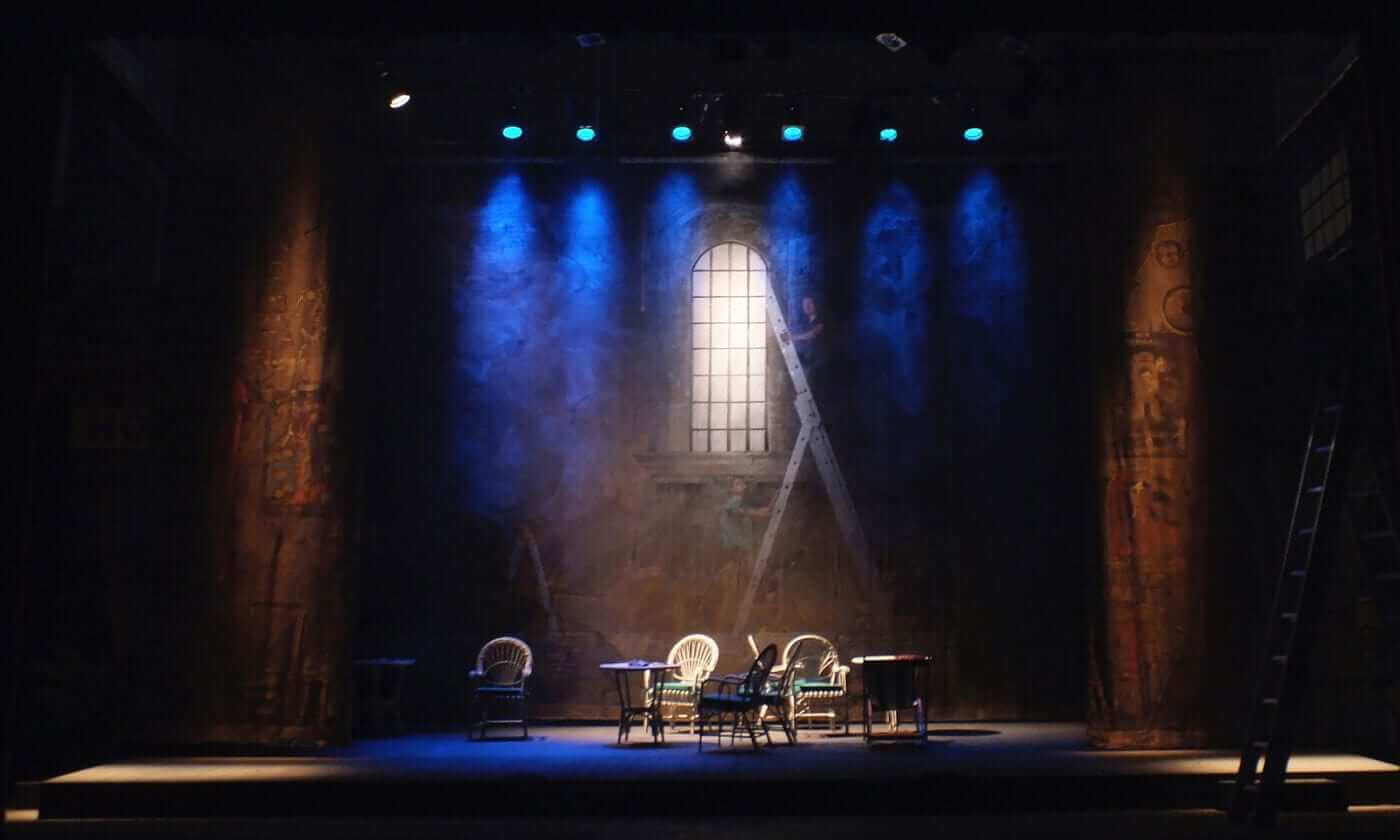 ‘If I had to tell what the world is for me
I would take a hamster or a hedgehog or a mole
and place him in a theatre seat one evening
and, bringing my ear close to his humid snout,
would listen to what he says about the spotlights,
sounds of the music, and movements of the dance.’
- Czesław Miłosz, from ‘Throughout our lands’

Theatres are curious places, magician's trick-boxes where the golden memories of dramatic triumphs linger like nostalgic ghosts, where the unexplainable, is normalized and the mundane is celebrated. This enthralling effect of the theatre accords well with the adolescence of a girl who pursues to act her own existence with an intense sense of the dramatic, and who perceives her life as having the power and pattern of classical tragedy.

At the same time, though, the polyprismatic nature of theatre was too complex to resonate with that omniscient, all-knowing phase. It was at this very odd age that I decided with an unprecedented conviction that plays are to be read, not to be performed. I saw no reason whatsoever to attend a play, since the optimal stage could be set right in front of me, using the tools that the writer had so kindly provided me with. Why should I spare my time seeing productions that somehow a priori in my mind fell short of the piece itself, simply because they involved the by-definition imperfect human factor – the unnecessarily experimental director, the actor who thinks that he is performing Sophocles in Epidaurus, the musician with the eccentric rather than the fitting, in place melodies, and so on. I knew that I was interested in the shape of ideas, even if I did not believe in them, and I was certain that I could explore them in an optimal manner on my own, guided by the author.

And indeed, for some time, I had made sure that my readings of plays were immune to miserable failures equivalent to those that would be committed on stage due to unfortunate dramaturgical choices. But that was not enough, for my readings were lukewarm. By ensuring that they could never turn out to be utterly bad, I had also opted out from truly being immersed into the play. Turning and turning in the widening gyre, I realized that my theatrical fasting had to come to an end.

The realization was not a process, a gradual slow rumination that got internalized. It happened abruptly, after a play of the so-called theatre of the absurd, a masterpiece of meaningless significance, wallowing in symbols and reveling in obscurity. And it was at the aftermath of this very play that I concluded that there are two elements, which render the reading of the script, only an incomplete understanding of the play.

There is the human presence that infuses the words of the play with meaning and injects it with significance I could not have imagined without it. Not always – the theatre stage should be as narrow as the wire of a tightrope dancer so that no incompetent would dare step upon it. But when it is the case, then you have the unique opportunity to witness the true dynamics of life without suffering the flames of their combustion.

The actors that deserve to be on the stage are easily recognizable. They are those, who find themselves on the stage amid garish gas and dim scenery, acting before the innumerable faces of the void, and they are still surprised to see the play which they had known at rehearsals for a disjointed lifeless thing to suddenly assume a life of its own. They are those who when the time for applause comes, they are still lost in that other world, not in a forced way, but those parallel channels are still twining and tunneling through their cortex.

And then, there is the audience. This palpable, critical energy, the pulse of mankind. The unpredictable way in which the people would throw themselves into raptures, in the most unexpected of places, while at the same time pure, fine representations of the follies of humanity could be met with little regard or applause, if not to slither unnoticed, lost in the oblivious nature of the play itself. The reactions of the audience, a reflection of the fashion of the day, and at the same time a mirror of individual ruminations. It is an inexplicable power that keeps people entranced and coming back for more, again and again.

The imperfect, ever-changing human factor – be it the troupe or the audience – is what eventually distinguishes theatre, as a form of art; the small changes in articulation or intonation, a longer pause rife with more or less meaning, the character’s movement across the stage a step slower, a step closer to the audience, the improvisation on a word here and there, or a sigh. The actors blending in with their characters, fading away with them, losing themselves in the lines. The audience suspends its disbelief, they even free themselves from the ideal of the self, they relate, they empathise, they admire or despise.

And in this cosmos of ephemerality and flux, the truth about the human condition is brought to life more rigid than ever.