Desolate by the Shore: Arcadia’s Last Stand.
|
Michael A. Dann 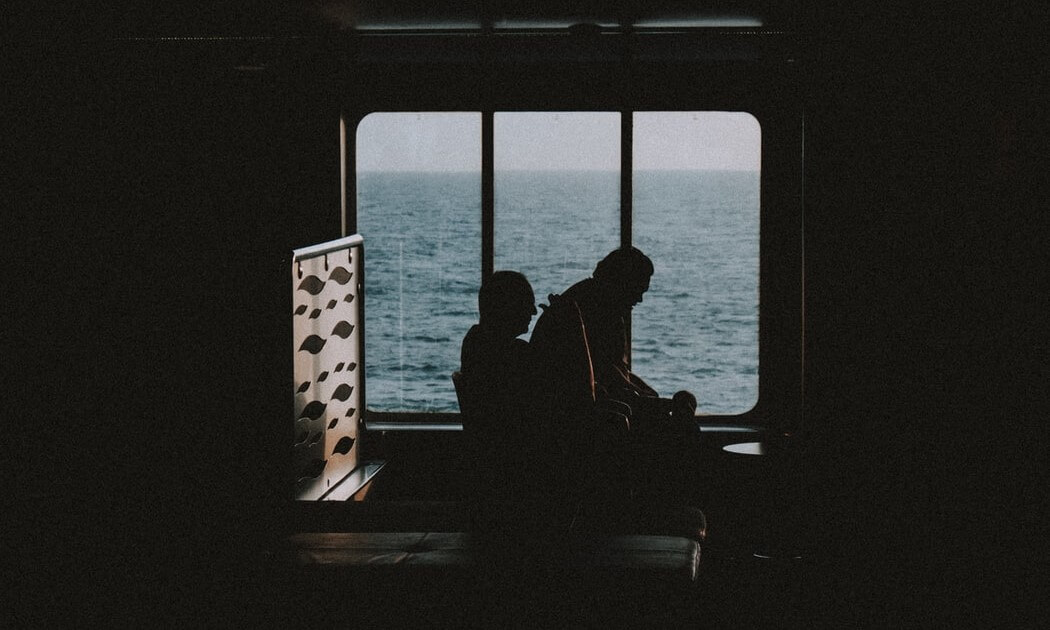 The ships of state lay mucked afoul and in black water listing.

A failed armada moored by ancient cable rubs against the wharf where Dead Roads end.  Down their ropes to land a plague of rats doth flee. The vermin stream to infest a silent port from which a prouder fleet in brighter times once sailed.  Like prodigal offal they are drawn into the terminal effluent pipes and they blindly crowd so thickly that they push a viscous clog up backwards through the sewers, up towards the high cisterns of a suddenly but irrefutably doomed city on a hill.

Patrolling the shore at night, and in the day as well, was a ceremonial guard of hunchbacked throgs festooned with razored axes. Their peacocked army long served primed in pomp but lately failed in flesh to protect the Berg. Every servant failed to sever the black ships' cables when crisis called for strength. Stalled alone for want of courage they denied their oath entire; to defend a gibbous empire from incesticidal parasites yet debarking down the hemp rope lines.

The poisoned ships ride midnight’s tide empty at the pier. Their kingdom’s last armada set forth in glory crewed by a dryland priesthood of dementered sodomites. A cult of imps that flew the carrion wind to dredge forth ilk while running blindly out to sea in nightmares. Upon return they fled the sea en masse and claimed the hilltop citadel in duty for corruption they brought ashore as treasure. They rule anon in joyless rant before a fly-faced porcine lord.

The city shakes as one in silence now behind all hasty bolted doors. Under brimstone walls the rat-corrupted drains rise bulging, upwards towards a Kingdom’s proud headwater throne. Unto an ashen mons where lately only darkness sees the day. Through glower-windows smoked from coal a palace campus throbs and moans beneath the newly darkened stars. Whether their chaos drinks from rage or their chaos sips from rapture the lower peons cannot wish to learn. For the higher castle hosts a separate knowing there. By distant view their hilltop seems to mock a grand Versailles. A palace on a hill lit more by embered smoke than any wisely focused flame.

In the palace, champagne fountains mark forking paths between the many secret chambers. Alas, as the civil works grow clogged from rats, every fountain starts to bubble forth putrescent fecal mud. Passing it off as normal the junior agents of the order rush between cruel summonses to the flooded privy lairs. Deeper still inside, acrid bile and venereal mucous stain the doltic regent's private cell.

Having sold their reason to a glutton and their religion to a satyr, the cultists genuflect in feigned ecstasy at the dysenteric trough beneath yon francophilic boor. In anti-rooms a witless throng of lipsticked Penile Nuncios claw like sack- drowned cats. Their opiated fealty begs to read aloud in tongues from his lunar gibbered scripts. All those sycophants share lust for any invite to the midnight worship of their syphilitic king.

Once self-sodden they are free to pace the gild-framed passage where the stupor of their plague compels them to mistake those walls of mirrors for a gallery of windows looking out. Here, at the highest ranks of power, their only duty is to gaze longingly through those frames upon a populace they cringe to witness and pray aloud for greater strength to marshal fear against. Behind the drapes they murmur that they might extend their lease by punishing the people in the glass with yet a higher fervor. By violating their own reflections in this manner, they recycle their ranks until every promotion is itself a hanging and becomes their leadership entire.

They make such noise they come to think the Ville below is silent.

Tyrants always hear the silence of a people they have stunned as if it is an honor. They think such silence, always false, is history's moral praise. On this hill, as on so many others gone before, they are deafened to the warning of a bell which does not ring. The truth is that their crowns are only cogs which rim a wider wheel. History is the rope that turns the wheel. History anchors all our ships to the ocean of our past and drags us forth enslaved to our every future's clay.

In the towers proud debauchers whoop.

Within the mirrored hall they see no world beyond them spinning. Their purpose is their din and in their fervor they are howling. Down to sea the fleet still floats but it is moorless drifting. On moonlit docks are weapons stacked and they are tear-stained rusting. The rats are seething silent now and for a feast are writhing.

In the square a tower stands where that stolen rope is rising. From its bar a bell-forged blade hangs toneless and is gleaming.

Behind stone columns waiting sits a sailor's widow darning. She is teasing rope for rags to clean the cobbles of their weeping. She is knowing as she darns and in her knowing she is waiting.

The ships of state lay mucked afoul and in black water listing.

A Morning Toilet, Filled with Vomit