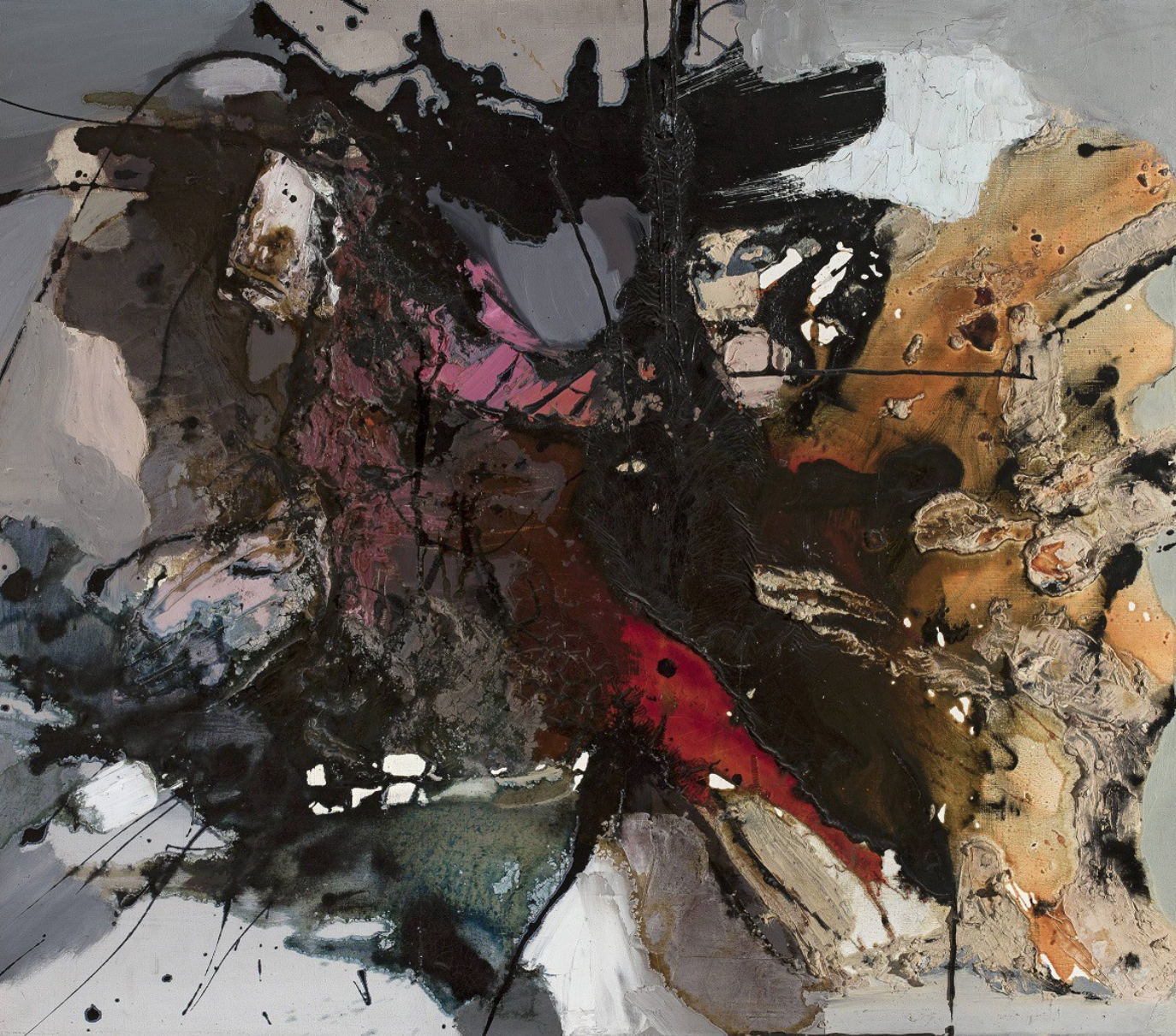 Our apartment in Warsaw was a grey, cement building—like all the others I remember in that neighborhood—not far from a soccer field. I don’t know why, but I still have the key to the front door, a long, thick, silver skeleton key that’s impossible to break and hard to lose. It was a small apartment for a family of five, but I never noticed. I remember clamped to the kitchen counter a heavy metal meat grinder that might lead to Beef-Steak Tartare (a luxury of raw egg on raw beef with some goodies sprinkled in). There were no bowling alleys, but there were long, fresh sticks of bread, and the bright open square of Old Town, now with that statue of a boy, holding a gun, in a helmet too big for his head. After one trip to that square, I sat on our living room floor with a big awkward book in my lap, comparing the place I’d just seen to black and white photos of that same spot in 1945, just three-and-a-half decades before.

One day, we came home from school to find a Giant Schnauzer puppy lying comfortably on a dark green blanket with red stripes. His head was almost the size of a soccer ball, the rest of him a bulk of black curly hair that hid a growing mass of anxious muscle. He wouldn’t listen, so my parents hired someone to train him. Part of the problem may have been that he still didn’t have a name. Outside in the grass, we noticed that the trainer would look at the dog and say, “Chodż Tutaj!” After some discussion, we decided on that. In English it means “Come Here.” Feeling clever, we had some fun with it, with the effect in different tongues: the words shared their common ground, sprang separately into the air, and came back together again. Spoken, the word Chodż—our southeastern Ohio pronunciation was “Hutch”—conjured for me images of Starsky and Hutch fighting bad guys in that bright red muscle car with a white streak down the side, the same colors of the Polish flag and the Solidarność pins that I still have.

It can be comforting and sometimes useful to draw those sorts of connections based on a chance meeting in time, that pure “radiant and mobile medium” Nabokov described: “One shared it—just as excited bathers shared shining seawater—with creatures that were not oneself but that were joined to one by time’s common flow….” Or as in Anton Chekhov’s “The Student,” in which the past “is linked with the present by an unbroken chain of events flowing one out of another,” and the student, having told a story about Peter and Jesus to a woman and her battered daughter on a cheerless and desolate evening, feels he has “just seen both ends of that chain; that when he touched one end the other quivered.” The joy the student feels from this moment of connection across centuries is as real as the fire they all stand around to warm themselves. But I can never quite escape the Polish poet Wisława Szymborska’s portrait of time as a different kind of player, one that

But that’s just our simile.

The character is invented,

his haste is make-believe,

In any case, we flew back to East Liverpool with Chodż Tutaj, who turned out to be a good-natured, unbridled beast. One day, chained to the side of the house, as we were playing basketball or doing whatever it is that lucky kids do outside on a sunny day, Chodż saw something down the street that he wanted. I don’t remember the point of his taking off, but I do remember hearing something and watching him pummel down the sidewalk and then down Bradshaw Avenue, dragging a long chain that was still attached to a thick, silver eye-hook, in turn attached to maybe a ten or twelve-foot-long panel of wood that was banging and jumping and clearing a path behind him. We called and yelled his name; what happened next is a bit of a blur.

Not until years later, when I was living in Chile, did I begin to realize what blessed traveling could do. As Barry Lopez said, it “turns the mind toward a consideration of context and releases it from the dictatorship of absolute truths about humanity.” It also, Lopez wrote, helps us to ask a basic but needed question: “Are we not bound to learn how to speak with each other?” In a small and odd way, I think our “Come here, Chodż Tutaj” taught us something along those lines.

In 2005 Anna was given the Truman-Reagan Medal of Freedom from the Victims of Communism Memorial Foundation. It’s worth noting that Ronald Reagan supported Solidarity in the 80’s, but that was couched in terms of fighting communism and defeating the Soviets. Unions were fine, it seems, if combating the evils of communism, but not so great if combatting the evils of capitalism. It’s hard to imagine, for instance, a union leader from Lordstown, Ohio receiving a Medal of Freedom from the Victims of Capitalism Memorial Foundation.

There has been an all-out attack on labor unions in the United States for some time. Reagan’s unofficial call to “tear down these unions” in the ’80s has been heard and obeyed to astounding effect ever since. Though signs of life have surfaced lately (e.g. “Fight for $15” and “#RedforEd”), private sector unions are almost unheard of in the U.S., and public unions are just trying to hang on (my gutsy union at Bowling Green State University signs its correspondence “In Solidarity”: a common enough gesture, but one that takes on special meaning with Anna in mind). All over the world, the left is losing the battle of words in the workplace. In the U.S., Republicans now generally set the terms of debate with phrases like Right-to-Work (as with Gun Control and Pro-Life/Pro-Choice). As President Obama said in 2012, Right-to-Work really means “the right to work for less money.” The Right-to-Work campaign and recent court cases like Janus v. American Federation of State have continued the trend of crippling unions, and as Garret Keizer has noted, “Widening income inequality has kept steady pace with declining union membership.” Keizer added that it’s no longer a “wrestling match” between workers and management to find some agreeable ground, “but a fight to the death.” The word “union”—that is, to unite, to share, to compromise—has been owned by Republicans, and Democrats have felt the need to play along; they haven’t done much for workers lately either (5).  Several scholars, including Robert Kuttner, have said we must focus our energy today on revitalizing labor unions to stabilize our democracy. Poland’s Solidarity shines a light on this point. Its impetus was to form a trade union. It brought down communism and set in motion Poland’s democracy, but its reason for being was to establish a worker’s union.

In addition to the press, the assault on unions, of course, takes place in the courts. As Garret Keizer argues, “Capital doesn’t just exploit labor; it defines labor. It uses the law to re-create labor in its own image.” There’s a reason so many believe that the most important point of having the White House is to tilt the Supreme Court, and thus set the legal terms of any debate. And legislation (e.g., the Taft-Hartley Act and the Wagner Act) is often written in favor of the owners/campaign contributors. Even when companies are legally prohibited from doing something, like “threatening” to close a plant if workers unionize or strike, they are able to find linguistic ways out—they “predict” instead of “threaten.” When owners declare a plant to be “closed” or “idled” they may have to pay workers benefits or provide some compensation. Thus, in November 2018, GM declared its plant in Lordstown, Ohio to be “unallocated” rather than “closed” to avoid its commitments. No one had heard of that term before. “What the hell does ‘unallocated’ even mean?” asked Dave Green, President of UAW’s local 1112 in Lordstown. “I don’t know…. [But] they’re kind of skirting their obligations, right?” UAW agreed to compromise by cutting pensions and salaries (giving the company $118 million a year), but GM chose to unallocate anyway. The workers’ union filed suit in federal court (in part arguing breach of contract as “unallocated” really meant closed or idled). The lawsuit was settled, and the plant closed in March 2019.

Ronald Reagan fired the air traffic controllers on August 5th, 1981, almost one year to the day after Anna was fired in Gdańsk. For most of that decade, Reagan oversaw the “unallocation” of plants and mills throughout Ohio, Pennsylvania, and most of the Rust Belt (yet he is often held as a hero by the very people whose parents and grandparents lost those jobs—he and his party have run the rhetoric well). Louis Robinson, UAW recording secretary in Lordstown for almost twenty years, has said that a major mistake the international unions made during his lifetime was “they didn’t come together as organized labor” and stand up to Reagan. “That’s what made them weak. They let Reagan get away with what he did.” But a collective stand against power—a stand to gain control of the law and the language—is never easy to marshal. One reason Richard Wright first saw some hope in communism was he thought it might help to join poor blacks and whites together in their common economic struggle (e.g., Johnny-Boy and Reva in his great short story “Bright and Morning Star” in which those two characters, despite their different skin color, speak the same working class “language”). Theodore W. Allen has argued that the “white race” was in fact invented to keep the lower class from uniting and revolting. And as we’ve seen recently in places like Hong Kong, Chile, Poland, Russia, and the U. S., it’s more than hard to pull together the essential elements for change. All of which makes the feat that Anna’s movement pulled off so extraordinary.

‍
(5)  For example, as RoseAnn DeMoro noted, “Hillary Clinton couldn’t even say ‘Fight for Fifteen’ [and] then we wonder why people voted for Trump.” See also Rahm Emanuel’s cruel and bewildering response after the 2012 teachers’ strike in Chicago.

Part Four: We Must Each of Us Bear Our Own Misfortunes

The Time of My Life