Another Poet in Paris
|
Ethan Green 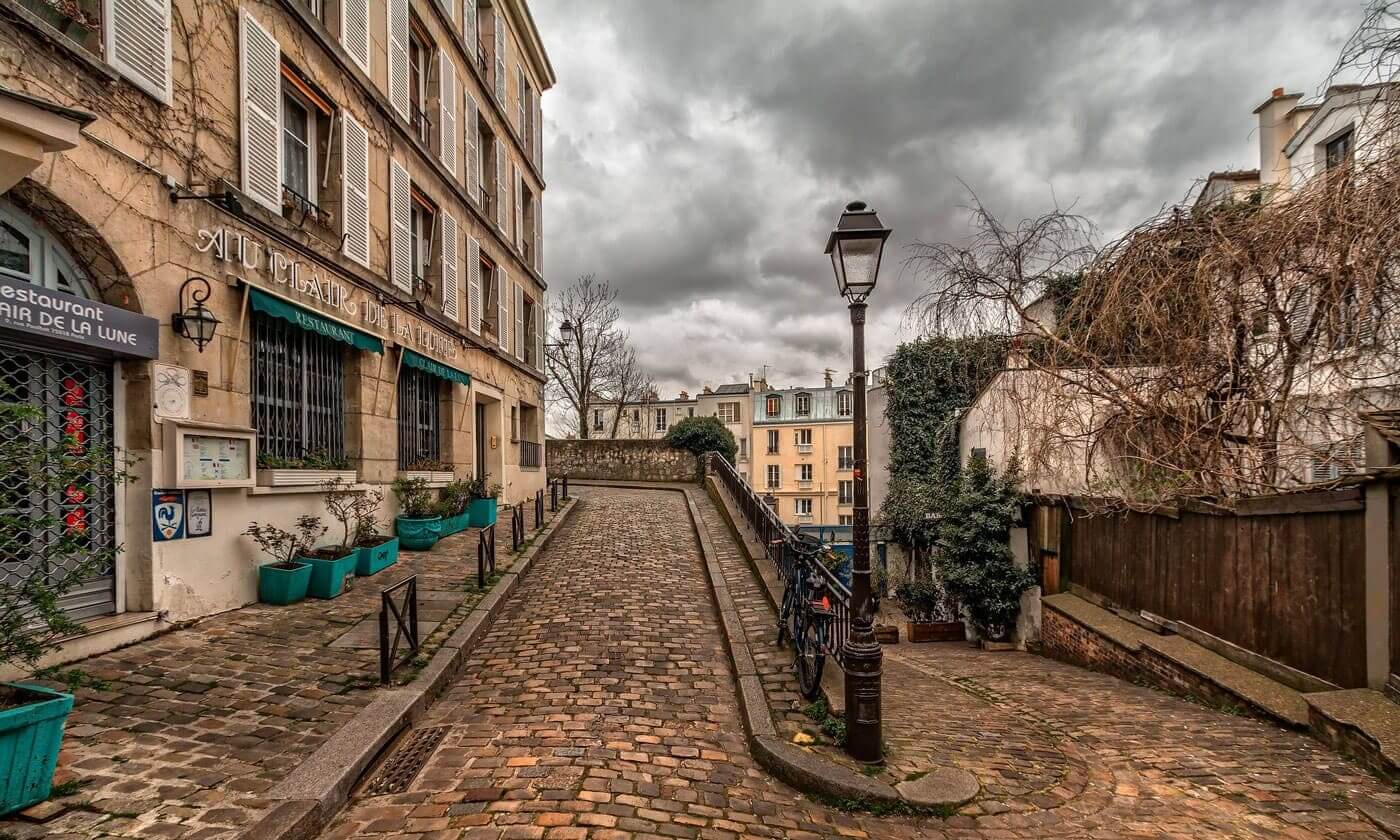 The streets were plunged knee-deep in rotten snow,
The rooftops bent by heavy bags of cloud.
He waded through the city’s overflow
Of murky figures in the sombre crowd,
Which threads its winding course through knotted streets
Towards the pixie-lights of Champs­-Élysées
Allured by flashes of fluorescent screens
Flicking their pixel paint upon the shade.

Moon-wide and lunar-white, the lustrous eyes
Of hollow models flattened into print,
Balanced the bronze allure of naked thighs
Bathed cool in shoplight’s coruscating tint.
Those supple shoulders, those lithe and slender limbs
Were by his mind made animate and wild
With eager lust, and desperate desire of skin.
It felt perverse to quietly defile
These empty images, so he crossed the road,
And let the winter sterilise the flame
They’d momentarily aroused: bitter with cold
They chilled to lustless stillness in the frame.

He walked upon a street where once had stood
A poet fleeing to and from the woe
Of waylessness; such fierce Gaul blood
Inflamed that legendary youth, Rimbaud!
He wondered what piteous vision drove
Poison into the rose-blood sap of Pan;
What putrid rot choked nature’s sighing love;
What terrors lit the monstrous dark; what wan
And tortured spirit bled the Muse’s strain
From fervour into fever; what lost look
Inside closed hollows, or an endless plain,
Released his vision from the binds of books?

Caught in the teeth of bitter winter air
That nibbled his flesh, and gnawed into the bone ­–
Enclosed in the cold arms of dead despair
He wandered with the crowd. He’d still not grown
Accustomed to what solitary woods
Rooted his way. The Parisian streets
Flowed past in monochrome: wading the flood,
He measured with his thoughts his walking feats
Pursuing flying, flown epiphanies.

Without a place or purpose, lost within
The movement and the noise of pointless seas,
He felt his form diminish to a thin
Blurred pixel-point in the eternal gaze
Of some unhappy God. Solitude –
Alone and wayless in the mortal maze
The people wander and the buildings brood.

By some unknown circuitous route he’d wound
Through the poor districts back to his hotel.
A lobby. Lift. Corridor. Door. The sound
Of grating, as the key clicked in its cell;
Then screeching hinges –­ overtures to lift
The faded curtain, and show the silent scene
That slept within – a soporific rift
Where warm lamps haunted the domestic dream
Of homely comforts – the glow and ambience
In which our early memories are warmed
By tender feeling, by a childish sense –
Even when beautified, they are malformed.

He did not reassess the standard room,
But lay down, sombre-spirited, to view
Facets the day distinguished meld in gloom
Or share the window’s patch of dusky blue.
Night thickened, and the straying clouds bequeathed
Such golden crowns as shine from skulls of stars
To the lone earth – the thinning streets, relieved
Of coalescing crowds and jolting cars,
Rounded into the purity of sleep.
In the dense darkness rows of apartments
Projected amber light upon the deep.
But as the night wound tighter, and the tense
Gears ground to halt before the spring of day,
All but one room had emptied into dark –
One solitary spark still held its sway
Before the world began breakfast and work.

In the one window parallel to his
The television’s coruscating tint
Entwined the white lustre of a lunar kiss
And with the ephemeral starlight sent
An excerpt of another existence
Into the gulf between two narratives.

Though separated by the dark and distance
He saw her distinctly. Pensive
In repose, she lay on the windowsill,
Her soft round face couched in a slender palm.
With heavy eyelids ponderous and still
She stared into the void. A gloomy calm
Entranced his aching soul. Hoping to catch
Her concentrated gaze, he fixed his sight
Upon that singular illumined patch,
And waited for their eyes to intersect.

She, crawling back towards the world outside
The tunnel of her mind, lifted her head,
And saw his shadow through the dark divide –
A mass of black and blue upon a bed.
Wrenched in a moment back to consciousness
She sent a single glance into the gloom
Then drew the curtains firmly closed, just as
The next day’s cloud consumed the waning moon.

Five Travel Haikus and a Digression on Unfamiliarity